It's heartening that the Treasury Select Committee has told the government that our clawback proposal on contractor dividends, which is designed to ensure company directors receive comparable support to other groups such as sole traders and employees, must be implemented, writes Andy Chamberlain, director of policy at the Association of Independent Professionals and the Self-Employed (IPSE).

But what is the clawback? How might it operate? Why should HMRC put it in place? And with the Coronavirus Job Retention Scheme already closed to new entrants, have limited company contractors missed the boat, in terms of getting in on adequate support from the government during the pandemic?

Let’s answer this last question first. We believe there is still a strong groundswell of pressure in parliament for the government to extend support to limited company directors and other forgotten groups, while also making sure that limited company contractors and other independent professionals are included in any future income-support packages due to COVID-19. Serving to underline just how much of a ‘live’ issue this is, a parliamentary petition is also still calling to provide support for limited company directors.

It may be that devising a bespoke scheme for company directors is possible, indeed desirable – so we shouldn’t let the cut off date for new applicants to the CJRS stand in the way of addressing the dividend concern.

So how might the clawback operate? While we understand the administrative challenges in separating out different types of dividends, which can only be done via a manual check, we believe HMRC should adopt a ‘pay-now, clawback later’ principle.

This would enable HMRC to retrieve funding that was inappropriately provided, once the coronavirus crisis is over, in the form of repayment or penalties.

It would be unlike the SEISS

Such a system necessarily requires a paper trail that would involve checking both a claimant’s tax return and their company accounts. Unlike the Self-Employment Income Support Scheme (SEISS), therefore, this would likely need to be done as a proactive application or claim by a limited company director whose income has been affected by COVID-19.

Most of the basic information provided would mirror that required in the CJRS form that has recently gone live. We suggest that this template form is amended by adding an option to submit dividend income on the page where you enter the amount being claimed. This figure should relate to their average dividend income for their most recent tax return. Dividends are included on Universal Credit application forms and this could also serve as a useful precedent for how to account for this.

Alongside this, to fast-stream the process, HMRC should put a question into the online application form which simply asks for confirmation that this figure represents income from their company’s profits rather than other sources e.g. ‘What proportion of your total dividends have come from your company profits, and what proportion from other sources?’ This would help to ensure a high level of compliance at the outset.

To calculate the claim, the director’s average dividend income would be added to whatever PAYE amount (pro-rated to monthly amount if this is reported annually), they have in order to get their total income. They would be entitled to 80% of this total figure up to a maximum of £2,500 a month. The grant would be subject to tax and NIC.

Understandably, the government is concerned there is a fraud risk and that people will overstate their claim and receive monies they are not entitled to.

In order to avoid this, it should be made clear by HMRC that people could be penalised quite heavily for submitting an inaccurate or fraudulent claim. The Revenue would reserve the right to investigate claims and, if they later confirmed that applicants had inflated their figures, they would be entitled to reclaim it with penalties attached. As above, this would involve cross-checking the claimant’s tax return, which has the absolute figure for dividends, with their company accounts which will note how much profit they had made.

This disclaimer should be made clear on the application form. The CJRS has a declaration form that claimants must confirm and submit upon completion. This gives the claimant the opportunity to certify the information they have submitted is correct. This could be mirrored for limited company directors completing the form to ensure they confirm that the information they have supplied on dividend income is accurate to the best of their knowledge, and that they understand HMRC can check this and – if deemed necessary – levy penalties for inappropriate claims.

We believe this broad ‘pay-now, clawback later’ approach would help to get vital funds to those company directors who need money to stay afloat. In the absence of clear evidence on how many limited company directors receive dividend income from sources other than their own company, we believe it is right that the vast majority can get some support in the near-term. This is arguably no different to the principle of the SEISS which already relies – rightly - on the ‘good faith’ of those who submitted their tax returns in previous years having done so honestly without undeclared earnings.

We await the government's response

In essence, we are saying that the dividend issue isn’t insurmountable, and that those who work through a company structure are just as in need of support as those who don’t. The Treasury Select Committee agreed with us, which is a great boost, and now the government will have to respond to its report. In the meantime we will continue to work hard to keep the pressure on to do more to support our company directors at this extremely challenging time. 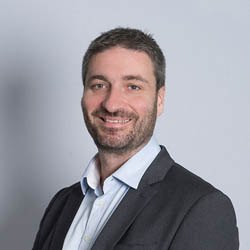