What Jeremy Hunt as chancellor likely means for contractors, given he has already vetoed IR35 reform repeal

One of the very few but much-needed political certainties emerging to help smooth over the seemingly ever shifting tax landscape for contractors -- since IR35 reform and other HMRC unpleasantries were shredded then reinstated, is Jeremy Hunt.

He has now been confirmed as chancellor in the new Rishi Sunak-led government, a little before his Medium-Term Fiscal Plan was officially confirmed as delayed until November 17th.

But, writes Dr Iain Campbell, former general-secretary of the Independent Health Professionals Association, what does the former health secretary likely mean for contractors, given that the ex-PR company founder who served the IT sector has already trashed their hopes of IR35 reform being repealed?

Before I answer that, a word on IR35 reform if I may. The situation where people keen to run their own small businesses are forced into becoming an underclass of employee devoid of rights -- by being simultaneously denied the ability to operate as a business and being given the tax burden of an employee but without any of the associated rights, is morally reprehensible. It is entirely a situation that Mr Hunt should have stuck to legally revoking, which was begun at Mini-Budget 2022 by his predecessor Kwasi Kwarteng, but which Mr Hunt snuffed out. I’ve said it before and I’ll say it again -- the repeal of the 2017 and 2021 off-payroll rules was the only thing Mr Kwarteng got right.

First, Hunt’s decision to not throw his hat in the Conservative Party leadership ring indicated to me that he definitely wants the chancellorship role – not that he would have succeeded against Sunak, maybe not even Penny Mordaunt, anyway.

'Trust must be earned.' Indeed it must, Rishi

Whether Hunt knows he’ll be serving a prime minister who was warned of the perils of IR35 reform but went ahead and imposed the reform anyway, is unknown. Indeed, contractors’ advisers and indirectly myself have tried to negotiate with Rishi Sunak on IR35 during his own stint at Number 11. But then, instead of listening to a damning House of Lords Select Committee session (at which I gave evidence), Rishi pressed needlessly on with the private sector roll out. And the irony is not lost on me that, yesterday, Sunak said “Trust must be earned.” Absolutely it must, from some more than others.

Now to Hunt. Well, like many frontline medical and healthcare professionals, my heart sunk when I heard Hunt had become chancellor. Hunt presided over some very dark times for freelance healthcare workers – and indeed, he alone was at the helm when the NHS decided to adopt monopsonistic market manipulation in the shape of frameworks policing rate caps. These caps have had their own legacy of hospitals running short-staffed. Paying less money to provide less healthcare is certainly not something to boast about.

Other, almost indelible images that spring to mind when thinking of Hunt are of those crowds of striking junior doctors, of threats of contract imposition, and sheer intransigence on his part.

But in dealing with politicians, one thing which I’ve learnt is that they very much have a public face and a private face. Interested in the latter, for the purposes of this viewpoint article exclusively for ContractorUK, I reached out to a number of people who have first-hand experience of negotiating with Hunt.

That experience covers both his checkered tenure as health secretary, and his subsequent positions (he was foreign secretary from 2018-2019). The issues which I heard about with Hunt at the fore were varied – indicating his versatility, ranging from whistleblowing to terms of employment. Generally, the feedback received paints a somewhat different picture from his public face, often seen grimacing during the junior doctors’ strikes. It’s a dispute which was invariably behind him being voted “most disliked” frontline politician in 2016.

The impression I received from those with direct experience of dealing with Hunt is reassuringly, of a politician who is willing to negotiate. One insider commented to me that Hunt had clearly been briefed by civil servants against the issue at hand. But he went into the talks with an open-mind and ultimately, Hunt changed his view completely over the course of several meetings. Interestingly for those of us keeping an eye on IR35 reform, he absolutely did not stick with the view that the briefing civil servants all but told him to have.

Another contact of mine suggested that with the right leverage, it was likely Hunt would usually be open to discussion. This glimmer of hope for negotiations with Hunt behind closed doors shouldn’t be sniffed at.

A chink of hope

That said, the issues at hand were obviously very different to IR35 reform. But positively for the reform’s critics like me, significant changes like the proposed repeal of IR35 reform which Kwarteng tabled, do not tend to happen in a vacuum. So it’s likely that there is a significant coterie of MPs who support the repeal. There must therefore be (taken with Hunt’s openminded stance) at least a chink of hope that it may yet be possible to negotiate with the new chancellor on banishing the 2021 and 2017 off-payroll rules once and for all.

To that end, I’d urge contractors to reach out to MPs, now we have a few more weeks to go until the Medium-Term Fiscal Plan which has been upgraded to a full Autumn Statement. Remember, the government gave us what we wanted on IR35 reform once -- and MPs need to be convinced that people cared about that. So we need MPs to hear from their constituents, both how much of a difference repeal would make to them and their families, and how dismayed they were when Hunt vetoed IR35 reform repeal, rowing back what was likely the only sensible, affordable policy of Mini-Budget 2022.

Penultimately, despite some suggesting it will soon be a “distant memory”, the fact that IR35 reform repeal was in the Mini-Budget is, by itself, a huge step forward. To the doubters that repeal will return under Hunt, I’d say this – the contractor industry nearly achieved ridding the immorality of IR35 reform once, and so it can surely be achieved again.

But any chancellor looking at reintroducing any measure from a fiscal package that sent the financial markets into chaos and Britain’s economic status into the red will want clear costings -- and justifications – related to off-payroll rules being revoked. And finally be patient. If Hunt is the man for the job of removing IR35 reform from the statute books it will likely take time, even if he, MPs and, perhaps most uncertainly and more of a wild card than Hunt himself, prime minister Sunak are all in agreement. 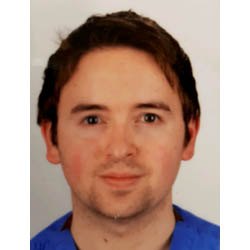 Dr. Iain Campbell is the former secretary general of the Independent Health Professionals Association: a trade association for independent healthcare workers which has undertaken significant litigation against blanket stances by public bodies.