For a new guidance series exclusively for ContractorUK, in which we’ll take a close-up of a major bank so we can advise contractors in relation to it sticking to its IR35 reform policy of generally replacing PSCs with umbrella contractors, let’s start with ‘Misconception,’ writes Graham Webber, tax director, and Carla Roberts, legal director, both of WTT Consulting.

i) Contractors ‘on the ground’ at the financial services outfit want to know “why those of us who stayed and got forced to use brollies pay more tax than the bank’s permanent, internal staff.”

ii) The vast majority of contractors who are no longer PSCs claim they have to pay their new umbrella company’s fee; Employer NIC; Employee NIC, the Apprenticeship Levy and PAYE.

iii) The contractors then ask: “Why do we pay more tax than the permies but get none of the rights?”

iv) And the contractors wonder if joining the bank’s payroll would be better, because currently unlike its permies, “we’ve been cut to fewer billable days under an enforced furlough, and not the CJRS furlough.”

Breaking the issues down into four parts (above) may help highlight certain common misconceptions in the contractor world, hopefully bringing some clarity for the contractors directly affected, and for other contractors who might find themselves in similar scenarios, thinking the same, ahead of IR35 reform’s rescheduled start of April 6th 2021.

First and foremost, and in relation to i), ii) and iii), staff engaged via an umbrella company and those full time on the payroll pay are subject to the same amount of tax on their taxable income.

It is a myth that umbrella contractors pay more tax, or higher Employee NIC. The only real difference versus working directly on the end-user payroll is that the umbrella will make a deduction for providing its services, which in turn will result in a small reduction in the contracor’s take-home pay.

What can sting contractors here is that with our bank, for example, the end-client is paying a day rate that has not been increased to account for the permitted deductions such as Employer NIC and the Apprenticeship Levy. Where this is the case, it is a commercial matter between end-client and contractor. The end-client is free to offer the assignment at whatever rate it chooses. The contractor is not obliged to accept the rate, especially if there are known additional costs. They can negotiate a rate if the contractor feels that the one offered is inadequate.

The cost involved of using an umbrella is a product of a choice. Using an umbrella means accepting the fee. The contractor who chooses not to take the role via an umbrella could ask for a full-time employed role instead. What salary the end-client may offer can be tested against the alternative.

Alternatively, the contractor could decline the assignment altogether and seek a new one with a more realistic, financially viable day rate. With our bank in particular, if enough contractors turned down the end-client’s terms, the client could be forced to revise them. In a free market economy such as ours, the risk is that there will invariably be someone willing to take a role for a lower price, but it doesn’t have to be you if the role does not meet your requirements. If a contractor elects to use an umbrella, there may be costs additional to being directly employed by the end-client, but there are no tax or NIC rules that increase those duties simply because an umbrella is used.

Where umbrella contractors are different to permies

Next, and pursuant to iii) and iv), it should be noted that a compliant umbrella company is an employer and the worker an employee. Individuals using the umbrella are therefore not employees of the end-client and cannot benefit from benefits that may exist for the end-client’s employees.

It should further be noted that the Agency Workers Regulations do provide certain protections for umbrella workers, including at least equal pay and holiday entitlement equivalent to an employee working at the end-client. A qualifying period is usually required. Such umbrella users have further protections under the Employment Agencies Act (“Conduct Regulations”) if they do not opt out.

As to future protections, it is also worth noting that from April 6th 2020, umbrella workers should have been provided with an industry-standard Key Information Document (KID), prior to agreeing terms with their employment business. This document will contain various pay-related information to show how deductions and fees affect the worker’s pay through the supply chain. This will improve transparency and allow contractors to make an informed decision.

Let’s address iv) a bit more. End-clients can set the terms of engagement for umbrella workers as they would for any permanent employee. They can say stipulate, for instance, that work should be no more than, say, three days a week. Ultimately, however, the tax system does not impose these additional conditions or liabilities on umbrella company workers.

The potential sources of pain

Instead, the system permits end-clients to pass on costs to contractors. Further, the present outbreak of covid-19 allows end-clients to enjoy the benefits of flexible working (fewer hours to pay for), without fear of legal action. The end-client has the ability to terminate umbrella contractors at any time, for any reason (other than discrimination). This is because contractors aren’t on assignment long enough to accrue any rights to sue for unfair dismissal.

End-clients also have the ability to terminate their employees for any reason within two years of joining. Employee rights accrue only after this period. Similarly, employees are not entitled to redundancy payment or other statutory rights unless they have been employed for a certain period of time.

So, in answer to iv), there really isn’t very much difference between an umbrella contractor and an employee of the end-client other than job security (and employees don’t have any more job security than umbrella workers until they have worked over two years).

Usually, whether it’s ‘day rate’ or ‘salary’ is dictated by market forces. End-clients like to engage umbrella workers as it gives them additional flexibility and they don’t have all of the legal or administrative hassle associated with employment. At present though, and behind some of the pain contractors at our bank might be feeling, the balance of commercial power lies with the end-client as there are more people willing to contract via umbrellas, or by other means, than there are assignments. The market will be driven back to balance in due course, but that may need a year or perhaps more. 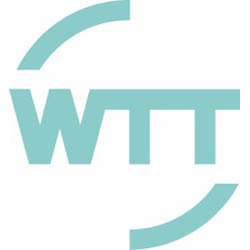 WTT provides experienced tax advisers, legal experts and finance professionals all under one roof. They work together to advise contractors facing ongoing tax issues and looking to plan for a secure, legally compliant tax framework for the future.