New “off-payroll” tax rules are set to come into effect across the private sector early next year (6 April 2020). They’re a revamp of the existing IR35 laws, which you’re probably familiar with, that were introduced in 2000 to ensure that contractors who do not meet HMRC’s definition of self-employed are not benefiting from the tax breaks associated with contracting.

The rules, which have been in place in the public sector since 2017, require companies that hire contractors to determine whether they should be treated as being employees or as self-employed for tax purposes.

HMRC has a range of criteria to decide whether a contractor is in ‘deemed employment’ or is self-employed. The checklist includes whether only that particular person can do the job, if the employer has some control over how the contractor does the job, and whether the company is under some obligation to offer the contractor work (and they are obliged to accept it).

The more things change, the more they stay they same, you could say. But there’s a new – and painful – wrinkle for hiring companies, which are known in the jargon as the ‘end user’.

If your contract is deemed to fall inside IR35 then the fees paid to you as the contractor are essentially deemed to be a salary, from which employee taxes – NICs and Pay As You Earn (PAYE) – should be deducted. But, under the new rules, it will be the responsibility of the hiring company to pay those taxes, not the contractor’s limited company, as the existing rules require.

(It’s worth noting that ‘small companies’ – defined as being those that employ fewer than 50 staff, have turnover of no more than £10.2 million and a balance sheet of no more than £5.1 million – are exempt from the new off-payroll tax rules.)

The rule change has caused an outcry among organisations, but HMRC is unmoved. It says only around one in ten personal service companies complied with their obligations to pay NICs and PAYE contributions, and the impact on the public purse is too great (as much as £1.3 billion by 2024) to ignore any longer, so the responsibility to pay those taxes must fall on the end user instead.

The new rules could prompt private sector companies to follow the trend set by some public sector organisations, which is to either compel their contractors to switch to umbrella companies (as working through one of these effectively makes them an employee) or to treat their entire contractor workforce as inside IR35.

But just because you’re deemed to be an employee for tax purposes by your hiring company doesn’t mean you’ll be treated as one – particularly if something bad happens.

You’ll continue to work as a contractor, but without any of the tax or other benefits that employees receive. That includes being covered under any of your hiring company’s insurance policies. As long as you still work for your client through your own limited company then you will still need to have your own insurance, particularly if you fall out with your hiring company.

Lawsuits are increasingly a fact of life for contractors. All too often, clients will point the finger at them when something goes wrong, regardless of whether they are to blame. You can ensure your company’s survival by buying professional indemnity (PI) cover, which covers you against allegations of negligence.

Hiscox has, for example, seen an increase in claims in recent years against IT contractors working for companies on fixed-term contracts. In several cases, companies that no longer needed a contractor’s services have alleged the contractor breached the terms of their contract rather than pay the remainder of their fee.

Disputes can be long, stressful and expensive, but, if you have PI, your insurer will arrange for a lawyer to defend you and will pay the fees. It will also pay any damages a judge decides to award your client, if you lose the case.

It’s particularly important to have experts on your side, because, as a self-employed consultant, you rely on your reputation, so you don’t want that to suffer any collateral damage if you’re caught up in a disagreement.

Don’t think that insurance is a luxury item. Small businesses insurance won’t break the bank, and a good policy offers you real peace of mind, so you can concentrate on what you do best – your job.

For more than a decade our insurance partner Hiscox have offered specialist professional indemnity insurance to IT contractors. Their underwriters have specialist knowledge of the IT industry.

They understand the specific risks you face, and have built a policy that protects you and your reputation in the event of a claim. 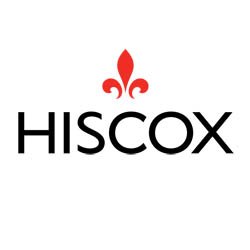