What are the Conduct Regulations?

To give them their official title, the often-abbreviated ‘Conduct Regulations’ are formally, and fully called, The Conduct of Employment Agencies and Employment Businesses Regulations 2003.

The Conduct Regulations are in place to govern the ways in which ‘Employment Agencies’ and ‘Employment Businesses’ conduct their businesses.

And just as crucially, these regulations are in place to protect those -- like contractors -- who deal with these employment agencies and employment business, writes Roger Sinclair, legal consultant at Egos Legal Limited.

To paraphrase the definitions in the underlying primary legislation, the Employment Agencies Act 1973:

Be aware, a single business can wear both hats, meaning a sole venture can operate as both an Employment Agency and an Employment business.

However, it would not generally do so at the same time, in relation to the same placement.

And, just to confuse matters, in contractor parlance, both are referred to as ‘Agencies.’

Agencies can’t charge for their services

Crucially, neither can charge a worker for their services, save in relation to certain specified occupations (mostly associated with stage, screen, and sports, where there has been long-standing custom and practice for an agent to charge).

Where a worker uses a company (which could be either the worker’s own company, or an umbrella company) as an intermediary to enter contracts for the worker’s services, Regulation 32 of the Conduct Regs allows the company and the worker to jointly give notice to an agency (wearing its ‘Employment business’ hat) of its wish to ‘opt out’ of the regulations. And, provided that notice is given by them to agency, and by agency to client, before introduction or supply to the client, the regulations (apart from 13A [‘Key Information Document’]) will not apply to the engagement.

N.B. There are some circumstances where there can be no opt out  - for example, where the worker will be working with those who are vulnerable.

Don’t miss out as a contractor

Contractors who ‘opt out’ will miss out on some significant protections in the regulations;  notably:

Only the other day, a contractor client of mine told me that, when he politely told his agent that he did not want to exercise his right to opt out of the Conduct Regulations, the agent expressed surprise, and replied ‘Oh – so you want to be governed by them?’

Well, sorry, but that’s not how it works!

Remember, agencies cannot lawfully insist that a contractor opts out. There are some agencies who encourage contractors to do so – and they may feel it is in the agency’s own commercial interests for the contractor to do so. But that is at the cost of the contractor’s own interests.

The contracting industry used to once hear of agencies trying to persuade contractors that it was in their ‘IR35 interests’ to opt out.

But since the 2021 changes to IR35, the situations where this argument might be put forward will be fewer and further between.

My own view is that it is hard to see how opting out (or not opting out) might possibly have any impact, either way on a contractor’s IR35 position. And actually, I’ve long held the view that the contractor who opts out gains absolutely no advantage by doing so. That’s a stance on the Conduct Regs I took back in 2004, and it’s a stance I still take today -- in 2022. 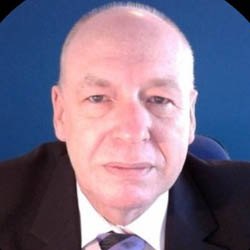