Travel from your home or place of residence to qualifying workplaces is an allowable expenses subject to the location being deemed a temporary workplace.

The following assumes that the workplace passes the basic "temporary workplace" test – in other words that it is a qualifying workplace.

As the legislation is forward looking, each journey is looked at based on the facts as known at the time the journey is made bearing in mind previous patterns, future expectations and/or reasonable assumptions:

Where a person returns to a previously attended workplace on 1 November 2018- count back 24 months – did that person spend 40% of their time at that workplace in that period?

Compare that with a person who spends 6 months ended 31 October 2017 and returns on the 1 November 2018. Over the previous 24 months 25% of the working time has been at the workplace so a claim will succeed but as time goes on the % will change. If that person is still at the workplace on 1 November 2019 then over the previous 24 months 50% of the working time will have been spent there and the claim will fail – somewhere between the two dates the % hits 40% and it is at that point that the claim will fail.

Editor's Note: You may also be interested in ContractorUK's Contractor Expenses section.

Further reading on the 24-month rule -

Contractors' Questions: Can I beat the 24-month rule?

Contractors' Questions: Can I claim if a short gig ends up lasting 25 months?

Contractors' Questions: What about expenses if I extend?

Contractors' Questions: Can I claim travel, office and hotel expenses?

Contractors' Questions: Would commuting cost me less as a 'Ltd'? 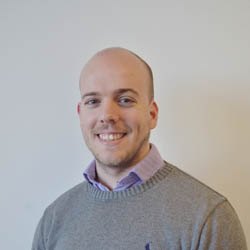 Chris started his career in accountancy in 2009 working in general practice, providing bespoke advice to SME and individuals. He made the move into contractor accounting in 2014 and has specialised ever since.