Contractors’ Questions: Can my limited company make a political donation?

Contractor’s Question: If I wanted to, could my limited company make a political donation? That said, can limited companies like mine actually even make a donation to a political party, from a legal or tax/accounting standpoint?

Expert’s Answer: Whether a limited company can make a political donation is firstly a question of company law. The Companies Act 2006 forbids certain specified political donations and expenditure without prior approval by the shareholders.

If companies fall foul of this, then the directors can be compelled to repay the amount themselves.

To avoid this, companies often take a prudent approach and ensure that a standard resolution is passed at every annual general meeting to approve all future political payments and expenditures. The directors must also ensure that their general duties under company law are fulfilled, such as the duty to avoid conflicts of interest and the duty to exercise reasonable care, skill and diligence. Legal advice is advisable.

The tax implications of political donations are often problematic. To be allowable for tax purposes, expenses must be incurred “wholly and exclusively” for the purpose of the trade. HMRC does not generally consider this to be the case for political donations, although there may be a case to argue in some very limited circumstances.

An example is the costs incurred by sugar company Tate & Lyle in campaigning against the proposal to nationalise the sugar-refining industry, which were found to be allowable by the House of Lords in 1954, because the campaign aimed to prevent the company from losing its business.

As well as being non-deductible from the company’s profits, in some circumstances, for instance where there is a connection between the donee and donor, or where the directors have acted ‘ultra vires’, HMRC could also consider the payment to be a personal benefit for the company director, in which case it will also be subject to income tax on the director.

There may also be adverse inheritance tax (IHT) consequences, because of rules which deem transfers of value by ‘close companies’ to have been made by the individual shareholders themselves. Gifts to political parties are exempt from IHT if, at the last general election preceding the transfer of value:

Overall, making political donations is likely to lead to adverse consequences and directors should take professional advice before they act. 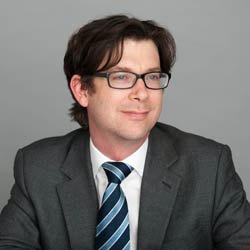 Tim is well known for his friendly and approachable manner. He takes a close interest in his clients’ business and background and uses plain English to explain complex tax issues in an understandable, non-intimidating way. Tim has extensive experience of dealing with the tax authorities and is recognised for his ability to handle the difficult elements of tax investigations devising innovative ways to solve problems.