Where PSCs are caught by intermediaries' reporting rules

Precisely what the taxman’s newly unveiled reporting requirements mean for you depends on who you are as a contractor and what your limited company does, writes David Kirk of specialist tax consultancy David Kirk & Co.

Let’s begin by going back to last year, when a change in tax rules pushed some people away from self-employment into PAYE, usually with umbrella companies. It may be at this time that you set up your own Personal Service Company (PSC), which is a way around the rules that is recognised by HM Revenue & Customs as legitimate (- I was going to put approved, but HMRC don’t like advisers using that word on their behalf).

Almost regardless of how you came to be running your PSC and whatever your motivation (or the government’s for that matter), the taxman wants to see that the new rules, designed to stop 'false self-employment,' are working. And so he is requiring certain ‘specified employment intermediaries’ to make reports once every quarter. This could affect you in two ways:

Will I have to make a report?

If you have your own PSC, probably not. Reports only have to be filed by businesses defined in the new law as ‘agencies’. That does not necessarily mean the business that you might think of as an agency: it is the business that has a contract with the end-client. That generally will be the agency, but if there isn’t one it could be your company. If it is, there is then an exception to the reporting requirement, if your company only has one person working for the client in the tax quarter. So if it’s just you, that’s fine – no report – but if there’s anyone else (including your husband or wife, or if you’re engaging a subcontractor) you’re caught.

So just to reiterate, you have to file only if your company has a direct contract with the end-client, and there is more than one person working on that contract. Or ‘contracts’ if there are more than one.

If so, you won’t be asked to file: you’ve just got to do it. HMRC won’t ask you to, because they generally don’t know who has to. But there will be penalties for late filing and failure to file, and also for incorrect filing. Reports have to be submitted for each tax quarter (that is the quarters to 5th January, 5th April, 5th July and 5th October), no later than the 5th of the following month.

Filing has to be done online. If you fancy doing the report yourself, then have a read of HMRC’s technical specification.

What details must be reported?

There will be a portal through which the report can be submitted. We don’t yet know whether HMRC will have a facility for keying in the information online, but whichever way you do it you will need the following information about all those you’re reporting on, which will be anyone not paid on your company payroll:

On the other hand, you may like to consult your accountant about all this. Whichever way you do it, you’ll need to get all this information ready and that may mean asking sensitive questions. Many people will not like to give you their NI number or UTR number. That’s tough I’m afraid: HMRC expect you to get it from them.

Reports need filing until either you tell HMRC that you are no longer an employment intermediary (get an acknowledgement – the department does lose paper sometimes), or after filing four successive nil returns.

The position is a little vague if you can’t file a complete report. HMRC is currently saying that it can be filed, but it is hard to see how when the technical specification says that the fields are mandatory. Also, HMRC is saying that there will be penalties for ‘incorrect’ reports. Does this include an incomplete one?  We don’t yet know (guidance is promised), but it is hard to see how they can enforce the regime if they are getting a whole load of incomplete reports all the time. On the other hand, I do not believe that the tax tribunal will enforce penalties where a genuine effort has been made to get the information in on time. But you’ll need to keep records of what you’ve tried to do.

Will someone else have to make reports about me?

Answer - almost certainly, yes. The ‘agency’ will have to send in all the information above, so don’t try and refuse giving it to them – they could make your life very uncomfortable. It will mean that HMRC will know that the agency has paid your company, but that’s not really what they’re after. As soon as they realise that it’s a personal service company that pays out salary and dividends, they’ll know that you’re on their radar already…if, that is, you are! So if you’re not declaring the money, or are salting it away in some offshore scheme, they might come and ask you questions. And there’s IR35 of course, so make sure you’re watertight on that piece of legislation too. 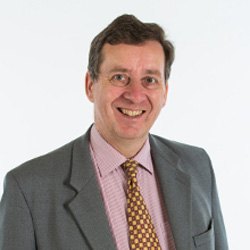