Contractors’ Questions: Are loans received after December 2010 not subject to the loan charge?

Contractor’s Question: I started a loan scheme in April 2010 and received monthly loans through March 2011. In the loan charge disclosure, HMRC are requesting “date of first loan received under the scheme”, and not accepting May 2010. Does this mean that all the loans I received after December 2010 are not subject to the loan charge? Any advice on what I should do here be appreciated.

Expert’s Answer: In December 2019, the government announced that it would make changes to the loan charge following the Morse review. A key change was that the loan charge only applies to outstanding loans made on, or after, December 9th 2010.

As a result the loans you have received after December 9th 2020 until March 2011, I’m afraid, will be subject to the loan charge.

In terms of the loan charge disclosure I believe you may be referring to the loan charge reporting form. You are no longer able to submit the form online so you would need to request a paper version. This can be obtained by contacting HMRC via email at ca.loancharge@hmrc.gov.uk or by telephone on 0300 322 9494.

The loan charge reporting form requests details of loans under each scheme separately, but monthly loans made as part of the same arrangement should be added together and returned as one for each tax year including details of the scheme name and the start and end dates of the schemes you used. HMRC will check these details and contact you if you need to provide more information.

HMRC were automatically accepting late elections made on or before December 31st 2020, and are continuing to consider applications for late elections, but may require more information from you before it will be accepted. In general, HMRC’s approach is to allow late elections that could not have been made within the timeframes for reasons beyond an individual’s control.

Until HMRC has confirmed an election is accepted you would be considered liable to pay the loan charge based on the full outstanding loan balance on your 2018 to 2019 Self-Assessment tax return. The accepted election creates an obligation for you to report one third of your outstanding loan balance in each of your tax returns for 2018/19, 2019/20 and 2020/21. Best of luck! 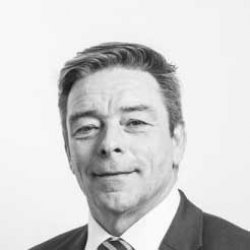