Contractors' Questions: What about contracting in Europe under the UK-EU Brexit deal?

Contractor’s Question: Given that the UK's transition period from leaving the EU ended on December 31st 2020, and an agreement on trade between the two was reached a few days beforehand, what is the outlook for contracting in Europe?

Expert’s Answer: Despite the Brexit process concluding on the 31st of last month with a deal between the UK and European Union which includes now in-force agreements on trade and other issues, there are still a number of uncertainties as far as contracting in Europe is concerned.

In short, even though there is finally a Brexit deal, contracting in the EU (for the time being) will require careful consideration, for the placement of UK nationals after 31/12/2020.

For UK contractor recruitment agencies making new placements of UK nationals into the EU, work permit requirements will need to be checked and adhered to. In most cases, for a UK national going to work in the EU after or since December 31st 2020, a work permit will be required.

Requirements relating to the permits will vary from country to country. Timescales for obtaining work permits currently vary from a few days (in theory) in a couple of countries, to many months in others.

At this early stage in the UK’s departure from the EU, we think it is unlikely that EU-based recruitment agencies will seek to contract with UK workers – unfortunately, in any but the rarest of cases. We base this expectation on the perception that the new work permit requirements are burdensome, and agencies will instead look to utilise workers from other EU countries or those non-EU workers already in-country and in possession of the relevant ‘right to remain’ and ‘right to work’ documentation.

It's not all change (as risks remain)

As before December 31st 2020, a UK contractor using a UK-registered PSC while working in an EU country is, except in very exceptional circumstances, quite likely to be operating unlawfully in that country. And here in the UK, the Criminal Finances Act of 2017 is an additional and significant consideration. Moreover, the use of A1s (certificates which allow the holder to work in the host country but stay within their home country’s social security system), has been formally withdrawn in several EU countries and is not recommended anywhere in the EU.

So currently, at this still very early stage of the UK terminating its 48-year membership of the EU, the UK’s contractors, regardless of payment structure, require a work permit to operate in each EU country.

Finally, it is worth noting that breaches of immigration rules are taken very seriously, with heavy financial penalties for the individual and the end-user. There are also deportation risks and in some cases, the host country may detain individuals until a deportation order is granted. If the worker receives a deportation stamp in their passport, it is highly unlikely they will be permitted entry to that country in the future. 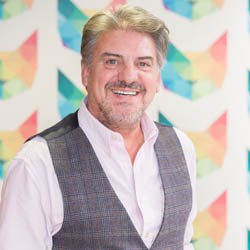 Graham Palfery-Smith (GPS) has been involved in the Recruitment Industry for over 40 years, placing his first contractor in 1979 whilst he was still at college! Presently, Graham, is Chairman of 6CATS Group and non-executive/board advisor director for other several businesses in and around the Recruitment sector.