We’re only a small user of techies, taking on skilled software developers to work with corporates' IT teams, but that hasn’t stopped us from being asked what we think IT contractors’ options under next month’s off-payroll rules are, writes Ashley Coker, CEO of Slate Apps.

The background to this imminent new IR35 framework is well-trodden ground but how we got to where we are now, often inspires a query or two as well.

The old and the new

Previously, contractors could decide whether they were self-employed (outside IR35), or whether the nature of their contracts meant that they were effectively working as employees (inside IR35), and therefore liable to pay income tax and Employer and Employee National Insurance Contributions.

From April 6th 2020, under the Off-Payroll working rules for the private sector, the responsibility for determining employment status will move to the large and medium-sized organisations hiring the PSC contractors.

For the time being, contractors who work for ‘small companies’ that have (two of the following); an annual turnover of less than £10.2million, a total balance sheet of less than £5.1million, or fewer than 50 employees, will continue to determine their own IR35 status.

Among the contractor population however, HMRC estimates that currently only a tenth are paying the correct amount of tax under the off-payroll rules. As a result, HMRC believes that these ‘off-payroll employees’ are using their personal services companies and limited company status as a tax shield and artificially reducing their annual tax contributions by around £6,000 per contractor.

By making hiring organisations responsible for determining whether contractors’ work is inside or outside IR35, HMRC believes that it can raise an additional £3billion in employment tax over the next four years.

How UK plc is responding to the Revenue’s rules

What defies belief, however, is just risk-averse several large corporate users of contractors have become, because they have pre-empted the Revenue’s April 6th rules by terminating their contracts with limited company contractors.

Deutsche Bank stands to lose a reported 50 of its 53 London-based Change Management contractors due its PSC ban; IBM contractors have largely been told it’s PAYE umbrella or out (despite their deep dive IR35 assessment for a few PSCs), and National Grid contractors have been reclassified as inside IR35.

If such a reclassification has happened to you, it will interest you to know that HMRC has stated that it will “only open a new enquiry into earlier years if there is reason to suspect fraud or criminal behaviour”. But it will only interest you – not ‘reassure’ you necessarily, because of the historical action HMRC has taken against TfL, the NHS and GlaxoSmithKline.

It should be acknowledged that for off-payroll workers, reform of IR35 has become a series of judgement calls and decisions, based on a range of narrow options far from what most contractors want or deem desirable.  But what are these options? Broadly, there are six.

The downside of this is that income tax and National Insurance Contributions will be deducted from your salary at source. Even if your ‘gross fee’ remains the same, many contractors have calculated that their take-home pay will be reduced by at least 25% and yet they will still not have the benefit of sick pay, or holiday pay enjoyed by regular employees.

Many contractors have also voiced concerns that continuing to perform exactly the same role for the same organisation, but switching from outside-IR35 to inside-IR35 after 6th April carries the risk of HMRC deciding to investigate your previous earnings outside-IR35. Although there are many examples of HMRC’s decisions being overturned at tribunal, the cost of fighting such a case is a large deterrent to many contractors faced with accepting inside-IR35 employment status from their clients.

Contractors who have no option but to accept the terms of their client may want to consider taking out IR35 insurance to cover their legal costs, in the event that HMRC initiates an investigation.

3. Seek employment via an umbrella company

Several large organisations including GlaxoSmithKline, IBM, Barclays bank, HSBC and Lloyds bank have opted to work with contractors through umbrella companies, as a means of complying with the new Off-Payroll working rule. This way, the engager doesn’t have to scrutinise individual contracts to assess whether contractors are working inside or outside-IR35.

These organisations will pay the umbrella company instead of the contractor; the umbrella will then pay contractors a salary for their services, with income tax and National Insurance contributions deducted. The umbrella firm will also charge its own fee. While this reduces the administrative burden for large organisations, it also reduces the flexibility and income of contractors, but arguably has more in common with PSC contracting than joining a client’s payroll (-- an option not listed here, even though it’s often offered by clients to PSCs as a way to keep them, but it’s largely similar to option one, above and option four and six, below). Umbrella working may provide some contractors with a route to continue working on current projects they like, with the reassurance that they and their client no longer need worry about IR35 (prospectively, anyway).

4. Quit to negotiate a new contract

Many contractors we talk to are opting for this route. First though, do  you have sufficient capital reserves to tide you over while you source, get selected and negotiate a fresh contract outside-IR35? Do you know of a potential client that is prepared to assess contracts on a case-by-case basis?

Generally, we’d say be cautious here because walking off the job risks financial losses for contractors if they spend longer than planned without another contract. There’s the prospect of reputational damage too if you leave a client high and dry, even if you do technically abide by your termination clauses.

It sounds like the most drastic option but a number of contractors have reported to us that they plan to seek employment overseas after April 6th 2020. The gist is that they want to carry on enjoying the flexibility, work satisfaction, autonomy and remuneration of working independently. Alongside the off-payroll rules, the rumoured death of Entrepreneurs’ Relief is making independent, entrepreneurial work here look like it’s had its day to these contractors eying overseas. The result for Britain? It could result in a brain drain for many key sectors, such as banking, which relies heavily on the skills of external IT contractors to deliver digital transformation.

6. Seek employment with a start-up/specialist in what you love

Generally engaged by corporates to help keep digital transformation projects on track, digital services firms like us help breathe life into stalled projects by bringing in small, nimble teams of experienced developers. These software engineers are innate problem-solvers who love to work on high-profile projects, but who do not wish to become part of a corporation.

We’re not the only option, of course, for PSC contractors who have been playing mission-critical roles in large organisations and want to hang on to that same buzz, albeit in a directly employed capacity. Other positions in small tightly-focused teams in an industry you’ve been contracting in will no doubt appeal, as will potentially local start-ups who tend to put work-variety, work-satisfaction and work-life balance higher up the agenda than corporate giants.

We know that there are other off-payroll rule-induced options contractors are looking at (some thanks to the carve-out under the HMT Review for offshore engagers with no UK presence). So the above list is by no means exhaustive. But it certainly covers the main avenues we see contractors looking at going down or exploring – and exploring more considerately, we’re noticing, than the many commercial organisations still scrambling to be ready for April 6th. 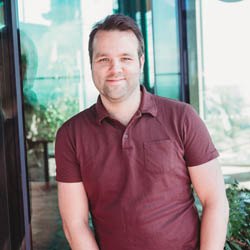 Ashley Coker, is a software developer who formerly worked as an IT contractor for Sky TV. He is the CEO and founder of Slate Apps, a technology development consultancy that helps enterprises, such as Nationwide Building Society and Aggregate Industries, to accelerate their digital change by providing small, capped teams of software engineers who work alongside enterprise IT teams, challenge corporate thinking and inject fresh coding skills to transform project thinking into product thinking.