Contractors’ Questions: Will joining my client’s payroll imply I was a disguised employee?

Contractor’s Question: I am considering closing down my limited company and anyway, I think my client will take a blanket ‘inside’ IR35 approach.

So I’m looking at engaging with the client on a PAYE basis, to head off hassle from April 2020. But if I do this, will it have any impact on the previous assignment I was engaged with the client on, in terms of my IR35 status?

Expert’s Answer: Under the new IR35 legislation, there is an obligation on end-clients to take "reasonable care" when making status determinations. We will assume this applies to your client, in which case it is medium-sized or large company.

However, HMRC has given very little guidance as to what constitutes ‘reasonable care’ – even though such a clause is already in force in the public sector and has been since April 2017. Our stance is that blanket determinations are unlikely to meet the ‘reasonable care’ test.

All this is important to your circumstances, because a failure to take reasonable care has implications for whom the tax liability sits with in the labour supply chain. It’s rather obvious but end-clients need to be aware of this 'reasonable care' requirement.

As regards your main question concerning switching from off-payroll to payroll, for contractors, the biggest concern is likely to be such a switch prompting an historic HMRC enquiry.

Be aware that, despite what has been officially implied about historic cases (namely, that HMRC’s focus will not be on the such previous engagements), the tax authority can use 'discovery powers' to enquire into past tax compliance.

The default look-back period is four years. This can increase to six years and 20 years, if the taxpayer has been "careless" or "deliberate", respectively.

In circumstances where there has been no change in the engagement (i.e. you leave on a Friday as a contractor and come back Monday as an employee and nothing has changed) this is likely to raise red flags for HMRC.

So contractors and end-clients should take legal advice before converting from off-payroll to on-payroll. However, some contractors have suggested that there are ‘precautions’ that can be taken, or that using a different agency, or insisting on specific contractual clauses, could assist in making the transition without HMRC ramifications.

To minimise the risk of an historic HMRC enquiry, only genuine and meaningful changes should be made to engagements when moving from off-payroll to on-payroll. There is no one-size-fits-all I have in mind here, as what ‘genuine’ and ‘meaningful’ looks like -- in practice -- will vary from case to case.

But by way of example:

IT contractor Ian works two days a week for an end-client but could now move to a full-time engagement.

Ian could also be given line management responsibilities.

So a meaningful break between the move from off-payroll to payroll could be considered to have occurred.

Incidentally, the pay changing – potentially to compensate for the increased tax that the worker faces due to being on-payroll, is unlikely to constitute a meaningful change.

The expert was Matt Sharp, partner at Fieldfisher. 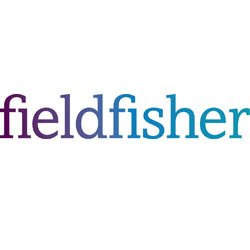