It might not top everyone’s summer holiday reading list, but when I read that the Department for Work and Pensions’ Annual Report and Accounts (2020-21) had recorded its £87.9 million IR35 payment to HMRC for liabilities arising between 2017/18 to 2020/21 as a “fruitless payment” (p226), my initial thought was that someone was trying to make a point, writes IR35 expert Paul Mason, a specialist in tax services at Markel Tax.

Gotta Serve Somebody? Not in this case

Money being lost by one public sector body to another does not appear to serve anyone’s interests.

I then read the footnote and realised that “fruitless” is a generally accepted term representing, “categories of losses to be reported to parliament … for which liability ought not to have been incurred, where no benefit will be received by the entity although legally obliged to pay.” It’s also apparently expenditure which must be reported.

And it certainly has been reported. In fact, paying nearly £90million for getting IR35 wrong has reached a much wider audience than usual readers of the DWP’s annual accounts!

The NHS was first on the HMRC block

Yet it’s not the first example of a public sector body failing in its off-payroll duties. Think back to the £4.3 million paid by NHS Digital following the reassessment of 104 contractor engagements, recorded in its 2018/19 accounts:

“Following the implementation of the new rules for IR35 introduced for the public sector in April 2017, we undertook a considered assessment of the status for each individual contractor which we believed met the HMRC requirements.

“However, HMRC have challenged our assessment. We have been in extensive discussions but now consider it appropriate to acknowledge their position and create an accrual covering the period from 1 April 2017 to 31 December 2018. This accrual is £4.3 million including interest and penalties.”

However, this was also referenced in the ‘Losses and special payments’ section of the accountability report. Perhaps someone at DWP is having a dig?!

Nevertheless, the more important nugget for contractors to take away is that the NHS Digital payment included penalties, but the DWP report (which doesn’t offer the number of HMRC reassessments), clearly states that:

“This payment relates to arrears of tax due and the interest on those arrears; the Department has not paid any penalties for non-compliance.”

The question is why not any penalties? The truth is we may never know, but it is interesting to note that during the 2020/21 tax year, the DWP reassessed more than 10% of its off-payroll engagements “for consistency/assurance purposes”. Twenty per cent of those reassessed resulted in a change of IR35 status, although we don’t have any detail as to which way.

And that is the first lesson to be learned here. Contractors, agencies, clients and even us advisers cannot assume that once an engagement has been reviewed that circumstances won’t change. Engagements need to be monitored over time. Working practices change.

The second lesson? There is no room for complacency.

HMRC may still be providing a ‘soft landing’ to the April 6th 2021 legislation as noted in this policy paper (issued 15/02/21), which confirmed a previous announcement:

Nonetheless, HMRC will be undertaking compliance checks. And when they do, the means of correcting errors will still involve the payment of additional tax and interest (if not penalties in this first tax year). The DWP’s experience proves that.

The third lesson from this mega cost (for the DWP) of erring on IR35 relates to the department’s experience of using HMRC’s Check of Employment Status for Tax (CEST) tool.

At the very least, this colossal HMRC bill highlights that engagers, contractors and anyone else testing IR35 status cannot rely on an assessment tool in isolation. There must be human interaction, which includes a professional ensuring that the contracts, schedules, statements of work, and end-client policies which specifically affect contractors, are all reviewed. These must also reflect an outside engagement. If they don’t, then the ‘outside IR35’ result of any assessment tool will be worthless. Indeed, please note that as an insurer, we will certainly not accept CEST decisions in isolation.

Fourthly and it’s not necessarily a lesson from either compliance outcome, but it is evident government bodies have been outsourcing projects which is, of course, perfectly legitimate, yet it involves more than merely issuing ‘Statement of Works.’

It means relinquishing control over the resourcing of that project to a third party. It is not a way of avoiding off-payroll responsibilities, and it is a concern relevant to the private sector; not least because of the ‘small company’ exemption afforded under the legislation. The tax effect is that it pushes the responsibility for IR35 to the contractor under the ‘old’ Chapter 8 rules. Nothing wrong with that in principle – of course, but it needs to be done properly.

And that brings me neatly onto the fifth and final, key lesson. The Intermediaries legislation commonly known as IR35 remains a complex and grey area of tax – and the off-payroll rule changes haven’t simplified anything. Furthermore, and stemming from this, if an end-client doesn’t have the in-house expertise, they need to ensure that independent advice is sought to review and look at contracts, working practices and the entire process for engaging contractors.

Lastly, here’s some homework for engagers

If these are the five lessons from the DWP’s multi-million IR35 bodge, then the homework for engagers to go away and get their heads around is this. The answer to the complex question of IR35 isn’t for end-clients to become more risk-averse. Certainly if they want to attract or retain the best contractor talent, organisations have next to no chance of succeeding if risk-averse is their response to the DWP’s loss, “fruitless” or however else it can be termed, labelled, or spun.

Reassuringly, do you remember those kneejerk reactions of engagers to avoid engaging the self-employed which followed the 2014 amendments to S44 ITPEA (2003) to tackle “false self-employment” within the supply chain? Well, once engagers found a decline in available skilled resource, then realised the legislation was workable, opinion changed and with it, hiring activity changed in turn. So the market settled down. As it will do, eventually, from IR35’s shake-up. So far from fruitless could be the future, for everyone save HMRC, perhaps. 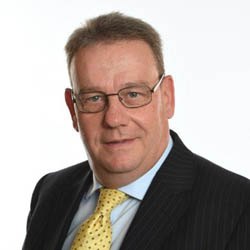 Paul heads up the tax partnership team at Markel Tax. He works very closely with Markel Tax’s Contractor Solutions division, having previously worked in general practice before moving into the insurance and consultancy arena. Paul has been involved with IR35 since 2001, initially on the insurance side before providing advice on the subject to contractors. A regular speaker on IR35, Paul also works closely with Markel Tax’s investigations specialists to ensure freelancers get the best defence in an IR35 enquiry.