IR35 reform: When contractors are forced into an agency’s umbrella company

If you’re a contractor working through a recruitment agency on an engagement assessed as ‘inside IR35,’ chances are that you have been directed to that agency’s Preferred Supplier List (PSL) for umbrella companies, unless the agency has its own payroll function in-house, writes Carla Roberts, director of legal services at WTT Legal.

Some agencies are very strict about their PSL and will not allow any deviation from the list, whereas other agencies will provide the list as ‘guidance only.’ But why do agencies have PSLs and can they force you to engage with those suppliers?

The majority of reputable agencies have PSLs nowadays. A PSL is the way an agency can control who is payrolling their contactors. The main reason that agencies use PSLs is to ensure compliance with legislation.

With the implementation of the Criminal Finances Act (“CFA”) in 2017, agencies and even their directors can now face severe penalties for facilitating tax avoidance, even if it was accidental.

The primary effect of the CFA has been to increase HMRC’s efforts to reclaim underpaid tax by workers who have engaged with a tax avoidance scheme and HMRC are now prepared to seek unpaid tax further down the supply chain if they are not able to get it from the individuals who engaged with the scheme in the first place. This means that agencies can now face huge tax bills in the future if they refer contractors to a non-compliant accountant or payroll provider, so this legislation has been a serious wake-up call to agencies, many of whom conducted little or no due diligence on umbrella companies in the past.

As if the CFA wasn’t enough to encourage agencies to create a PSL, the 2019 Loan Charge fiasco, the Managed Service Company rules and the debt transfer provisions in the new Off-Payroll rules are certainly enough to persuade most agencies to maintain strict control over third parties who engage and pay their contractors. This is not only to protect agencies from tax liability, but also protects their clients and contractors from risk. HMRC has produced specific guidance for supply chain due diligence which affected parties should read.

So these are the main reasons that most reputable agencies scrutinise their umbrellas closely, to ensure that the umbrella is meeting all of the same regulations as they do themselves. To achieve this, they create a PSL comprised of umbrella companies they have either audited or who belong to recognised accredited professional bodies (such as the Freelancer & Contractor Services Association or Professional Passport). In the event of a tax enquiry, they can then demonstrate that they have conducted appropriate due diligence. They can also let contractors bill through these umbrella companies safe in the knowledge that there will be no future kick back to them, should there be some irregularity or investigation into the tax affairs of a contractor using that umbrella.

Often, contractors have no objection to the above, but surely if they are the party engaging in a contractual relationship with an umbrella company, he or she (as the individual contractor) should be able to decide which umbrella they use?

Unfortunately, it doesn’t work that way. Nor any of the other ways described immediately above. The agency usually has strict contractual obligations with the end-client, including indemnities for tax liabilities with respect to companies it sub-contracts with, and the agency is entitled to flow down those obligations to the umbrella company. Agencies are therefore within their rights to enter into B2B relationships with companies of their own choosing.

So will contractors be in breach of contract with their current umbrella company if they switch?

If a contractor needs to move to an agency PSL-approved umbrella, their current umbrella should not put any obstacles in their way when they leave.

Contractors should check to see if there is any notice period and if so, inform the existing umbrella that they wish to leave. There are some unscrupulous umbrella companies which have hidden fees that prohibit a contractor from moving. If this is the case, it may be best to obtain legal advice with respect to the enforceability of any ‘restraint of trade’ clauses.

Does a contractor have any right to object to transitioning to a PSL?

Not really. In fact, it is becoming harder and harder for a contractor to force their agency to engage with an umbrella company which does not sit on the agency’s PSL.

However this does not mean that contractors shouldn’t conduct their own due diligence on those umbrellas. It’s important for contractors to ask agencies about their PSL -- find out whether they are accredited, industry specialists and what services they offer. Contractors should make sure they are clear on whether the list is preferred or obligatory. If it’s just a recommended list of umbrella companies, there’s nothing stopping contractors from looking elsewhere for a better deal and more comprehensive service.

Finally, it’s also worth noting that agencies can’t legally take money for pushing contractors towards using a particular umbrella company. So, if you suspect this is happening, remember there’s no obligation to use those umbrella companies. 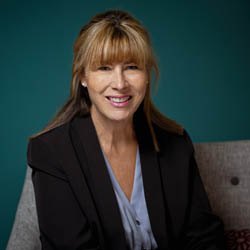