Contractors' Questions: Can I get paid during COVID-19 lockdown, now my client still won’t use PSCs?

Contractor’s Question: During this pandemic, I’d like to know and assert my legal rights.

Firstly, given that IR35 reform has been delayed, are there legal grounds to force my client to keep engaging me as a PSC? Currently, they are set to make me PAYE from April 6th 2020.

Secondly, does the contractor still hopefully get paid during the coronavirus outbreak?

Expert’s Answer:  Firstly, it's important to note that once your Personal Service Company's supply contract with a particular client is over, any new contract is always open to negotiation.

Regarding IR35 reform, the issue of how your end-hirer is choosing to reflect the reform’s delay, or its introduction from April 2021, is very much down to them.

But there is no legal right to be paid one way or another as all contracts are always for both/all parties to agree. However if it is agreed that you can operate through your PSC, then you should get paid gross -- as before.

Some clients may agree to revert to a PSC arrangement, others may want to stick with the policy they formulated before the delay to IR35 reform was announced by the government. For example, the client might have decided pre-announcement to only engage contractors on a PAYE basis, and they may now be reluctant to change their stance.

If that is the case (as your question implies), it is a matter for you to decide whether or not to take up the work, dependent upon that policy. Your contractor skills may be in such demand that you can persuade the agency/end-hirer to agree to revert to a PSC arrangement.

Regarding your question about being paid during the COVID-19 outbreak, the government has extended some support to limited company contractors.

What the law says...

But outside of this support (which I outline, below, for all types of contractor), the legal position is that contractors are not employed by their clients and so have no legal entitlement to payment during periods when not working, and no furloughing under the government’s Coronavirus Job Retention Scheme by the client of a PSC contractor is possible.

Yet your question raises moral as well as political points. The fact that contractors are not employees, are meant to be 'in business on their own account' and take risk of loss in between assignments is a key argument for not changing the IR35 rules, which currently allow for payment to a PSC contractor to be made gross. Your question is therefore confusing, as the difference between a contractor and employee is critical to retain a different tax status. But this appears to be the very argument you wish to lose!

So to argue that contractors should be entitled to benefits (like pay) between work assignments is an argument for contractors to be paid as employees, i.e. it supports the government plan to change the IR35 rules.

Many people would argue that the advantage of being a contractor and so to be ‘in business on your own account’ is that you don’t get taxed the same way as an employee. For example, you pay less NICs and Income tax. On that basis, the argument goes that you are able to save and prepare for those rainy days in between work, as well as make a profit.

Aside to these arguments, actual measures announced by the government are in place to help contractors during the lockdown -- imposed to help reduce the spread of coronavirus. And broadly, there are three types of contractor to consider, starting with yourself:

Most PSCs are set up to pay minimum salary, with the remainder of profits paid out by way of dividends. The Coronavirus Job Retention Scheme, which gives employees 80% of their salary up to a limit of £2,500 a month is available to all businesses – including PSCs, but only in respect of salaried payments via PAYE to individuals.

Therefore, only if salaries continue to be paid after February 28th 2020 will the PSC be able to claim the 80% grant up to the permitted monthly maximum of £2,500. And then only if the individual worker has been furloughed and is no longer doing any work.

In addition, it seems the 80% salary grant is only available if there is a contract in place. Many PSCs do not bother to create a written contract, but payment by way of PAYE should be sufficient evidence to establish that some kind of contract is in place. This may be a hurdle that PSCs will need to overcome when applying to HMRC for a grant.

2. Agency contractors – employed by (or on PAYE payroll with) an agency

Provided that the worker is paid through the PAYE scheme, the government scheme appears to provide for payment to agency and zero-hours contract workers.

However, agency workers are usually not entitled to payment between assignments, and normally there is no obligation on the agency or hirer to pay during those periods. The scheme currently appears to take no account of this despite current guidance appearing to permit claims for monies paid to agency workers. However agencies can choose (because taking up the government scheme is voluntary), to have a contract with agency workers for payment while no work is being done to cover off payments and other areas while Covid-19 restrictions still apply.

3. Umbrella contractor – employed by (or on PAYE payroll with) an umbrella company

The position for umbrella contractors is much the same as for agency contractors and depends on whether the contractor is contractually entitled to pay in between assignments. Most are not and so have no contractual entitlement to pay during the Covid-19 lay-off period.

Additionally, as umbrella companies only usually pay a low fixed salary with the remainder of payment being set up as commission, under the original government proposal the umbrella would only be able to claim a government grant based on the salary. That position has been revised however, and the umbrella can now include regular non-discretionary commission payments. Yet the scheme is still voluntary and the worker has no strict entitlement to any pay. Again this can be remedied by putting the right form of contract in place to cover payments.

So the scheme (or ‘the furlough scheme’ as it also known), is of little use to umbrella companies or their workers unless they either already have agreed to pay their workers in between assignments or new contracts are put in place, which would appear to match the government’s intention. Any set up to pay the umbrella contractors their regular salaries -- regardless of whether the individual is working -- could be much more advantageous.

Other than this exception, the CJRS also appears to be of little use to agencies or their workers despite, again, it being able to advantage those who are set up to pay regular salaries, or who have new contracts. More definitively, the scheme is of use to out-of-work PSC contractors, but only up to 80% of salary paid (as opposed to dividends or expenses) and the limit of £2,500. That is unless and until the government changes the rules. Good luck!

The expert was Adrian Marlowe, managing director of Lawspeed, a legal advisory specialising in contractor law, IR35 and employment status.

Editor’s Note: This article is an updated version of the original, to reflect government guidance published on Saturday April 4th. 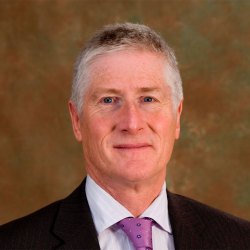 Adrian Marlowe is a recruitment industry specialist lawyer. Founder and MD of compliance and legal consultancy Lawspeed, chairman of the Association of Recruitment Consultancies (ARC) and founder and director of the recruitment standards accreditation organisation Standards in Recruitment.