Contractors’ Questions: Does being added to the payroll pre-March 19 mean furlough applies?

Contractor’s Question: I’m a contractor but the company my wife works for issued her a job offer on January 21st, which she accepted on January 23rd. She was due to start the job on March 23rd. We filled in all the HMRC paperwork and this was sent to the company accountants on February 21st. She was told by the company on March 18th that the job would have to be put on hold due to the covid-19 outbreak, and that she will be notified when a new start date is arranged.

Could you please let me know if she would be eligible to be furloughed from the start date on March 23rd? The government website states that ‘employees must have been on your PAYE payroll on March 19th,’ but what does ‘on your PAYE payroll’ actually mean? Does it mean that they had to have worked a day on or before March 19th, or does it mean they were 'added' to the payroll, ahead of a start date in March?

Expert’s Answer: My answer is based on the government’s Coronavirus Job Retention Scheme guidance, dated April 15th, and is subject to final regulations which could affect the below guidance.

At this stage though, it would appear based on the information provided and the latest CJRS guidance, that your wife will not be eligible to be furloughed by the new employer.

If her employment had not commenced on or before March 19th 2020 it is unlikely that she would be on the employer’s PAYE payroll and on their RTI submission on this date. The government guidance issued states that to qualify for the grant available under the job retention scheme; the worker must have been on the employer’s PAYE payroll on and RTI submission on March 19th 2020.

While you were both diligent in providing her information to the company accountant prior to her start date, this does not immediately mean that she would meet the eligibility criteria.  It is of course worth double-checking whether the new employer added her to their PAYE payroll in February (this might be relevant if they pay ‘in hand’ – i.e. in advance, although this would be unusual; most employers pay in arrears). 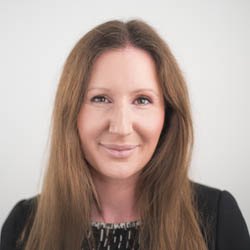 Claire is an Employment Law Partner and advises a wide range of employers on all aspects of employment law, from recruitment and employment, through to complex dismissals and representation at employment tribunals. She has substantial expertise in contractual terms and policies and human resource issues.