Contractors’ Questions: How long does HMRC have to investigate furlough scheme claims?

Expert’s Answer: The standard time limit for HMRC to investigate CJRS compliance is four years from the end of the relevant tax year. For example, if HMRC were investigating an issue that relates to a CJRS payment on October 1st 2020 (i.e. during the tax year 2020/21), then they would have four years from April 5th 2021 (i.e. until 5 April 2025) to raise an assessment for that period.

Up to 20 years, potentially

Be aware, HMRC has vast amounts of data readily available to it. Over the last 10 years, HMRC has spent over £100m, developing and launching its 'Connect' system. In order to scrutinise tax affairs, the system collects and analyses data from government and corporate sources, credit and debit card transaction data, as well as internet content (such as browsing data and social media posts).

In addition, HMRC has extensive investigative powers, including the ability to request communications data. These powers are not new, but have evolved and expanded over recent years. In particular, we have seen an increase in the use by HMRC of its 'bulk data' requesting powers.

And HMRC can (by written notice) require a "relevant data-holder" (relevantly to the CJRS, this includes employers, employment agencies, payroll agents, banks and building societies, companies and public bodies), to provide "relevant data." This includes employment-related payments. The data requested may be general data or data specific to a particular person. This bulk data allows HMRC to quickly identify tax anomalies.

Interestingly, data obtained by our firm from HMRC (see here) shows a further decline in criminal prosecutions by HMRC for the tax year 2019/20.

Tough talk, not yet translating into criminal cases

HMRC says they have already identified over 8,000 potentially fraudulent Coronavirus Job Retention Scheme claims and have begun enquiries into a further 27,000 ‘high-risk’ cases.

While HMRC are, understandably, keen to stress that furlough fraud will be taken extremely seriously, this has clearly not yet translated into a dramatic increase in criminal investigations and prosecutions. But, we are at early stage in the process. A quasi-amnesty was introduced in relation to mistakes made and large numbers of businesses voluntarily declared receipt of overpaid furlough payments. As we have warned ContractorUK readers previously, with this carrot over, it seems inevitable that the stick will follow soon. 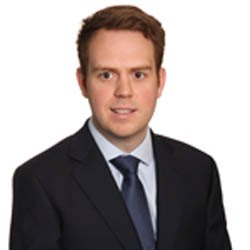 Matthew is a senior associate in Fieldfisher's Dispute Resolution Group, specialising in contentious tax matters. He has broad experience advising on a range of direct and indirect taxation disputes and works with all industry sectors, and both companies and private individuals. He has particular expertise advising on employment taxation issues, including IR35, and property taxation issues, including SDLT and Business Rates.