Contractors' guide to the Settlements legislation

Starting up a new trading venture can be a daunting experience.

Fortunately, structuring the new business as a limited company is a route commonly taken, but the tax implications when looking at profit-extraction from an owner-managed business are key.

While there is plenty of focus on structuring remuneration through salaries, dividends and pension contributions, owners also need to be aware of the Settlements legislation, writes Guy Sterling, partner at Moore Kingston Smith.

Who does the Settlements legislation apply to?

This legislation can apply to companies owned jointly by spouses and civil partners, where one individual does most of the work – typically a feature of contractor companies.

The Settlements legislation is in place to prevent income being diverted from one person to another, which results in a tax reduction. The rules can apply to transactions that are bounteous, not commercial or not at ‘arms’ length.’ There is an exemption from the rules for a gift between spouses or civil partners which does not wholly, or substantially, represent a right to income.

Several cases have considered the application of the spouse/civil partner exemption and what is actually meant by “is not wholly or substantially a right to income”.

What about relevant case law?

The leading case is Arctic Systems, which was decided in the House of Lords in 2007. The company was owned equally by Mr and Mrs Jones. All of the company’s income was generated by Mr Jones, while Mrs Jones dealt with the company’s financial and administration matters. Mr Jones took a modest salary, which meant that higher dividends could be paid to Mrs Jones than would have been the case had Mr Jones been paid a market rate salary. HMRC took the view that income had been diverted to Mrs Jones and that it should be taxed on Mr Jones.

The House of Lords agreed there had been a settlement. However, they decided that the spouse exemption applied as the ordinary share owned by Mrs Jones entitled her to either a share of assets on winding up the company, or a share of the sale proceeds if the company was sold.

The share ownership history of Arctic Systems is important. Mr Jones incorporated the company and subscribed for the two ordinary shares in the company when it was created. He subsequently gave one share to his wife. This is a different scenario from Mr and Mrs Jones both subscribing for one share in the company.

There are examples of cases which have been decided in favour of HMRC.

The reasons behind the successes for HMRC have included shares that were ‘preference’ shares or had restricted capital rights, so significantly represented a right to income and were not covered by the spouse exemption.

What happened in Patmore?

One case where HMRC might have expected to win was Patmore v HMRC, a First Tier Tribunal decision in 2010. Although Mrs Patmore received dividends on non-voting shares, it was decided that as she had provided half of the purchase price of the original shareholding through a mortgage on the family home, she was the beneficial owner of 50% of the ordinary share capital.

Be aware, there are times when the settlements legislation could apply, even if the spouse exemption might be expected to be available. One of these is dividend waivers. In this situation, one spouse or civil partner decides not to receive a dividend. This should not be an issue where it occurs occasionally. However, as companies can only pay dividends out of distributable reserves (cumulative post tax profits), if the company does not have sufficient reserves to pay a waived dividend, there is a risk that the waiver could be treated as a substantial right to income.

HMRC are not known for being good losers. Therefore it was no surprise that they issued a consultation in December 2007 for comments on draft legislation that would prevent the Arctic Systems case from applying in future years.

This consultation did not result in any new legislation so the decision in Arctic Systems is still valid.

Nonetheless, business owners clearly need to consider the settlements legislation when deciding how to extract profits from their business. Yet actually, there should be no additional tax charges if the business is structured correctly. 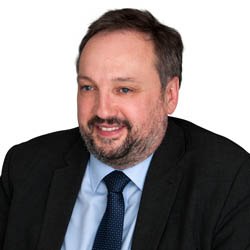 Guy has been advising on personal tax for more than 20 years. He works closely with trading and professional partnerships advising individual partners on the tax treatment of their income including issues relating to double taxation relief and planning for tax payments.