What is the dividend tax? Rates, allowances and how to calculate it

To fully grasp as a contractor where we are with dividends as the 2020-21 tax year nears, and to work out your current rate, allowance and liability, it’s worth looking at dividends’ origins, writes Daniel Mepham, managing director of contractor accountants SG Accounting.

Dividends are payments of a company’s profits to its shareholders. The origin of dividends in its modern sense goes back to the 17th century, with the Dutch East India Company being the first recorded public company to make regular payments!

In recent years, a long-standing tax credit which helped alleviate the tax due on dividend drawings ended. This tax credit had its origins all the way back in 1973.

In that year, an act called the Advance Corporation Tax (ACT) was introduced. Companies paid this tax before its main corporation tax, from which the ACT was then deductible. What this ACT meant for shareholders is that they received dividends net of tax already paid, of which the shareholder would get a credit.

In 1999, the ACT was abolished but the tax credit was not -- instead it was halved from 20% to 10%.  Non taxpayers were already feeling the pinch before the abolition of the ACT, as from 1997 this tax credit could no longer be reclaimed.

In the 2016-17 tax year, to the regret of many contractors, the tax credit finally disappeared.  The consequence of this disappearance of the tax credit pulling more than a few directors of owner managed businesses in to tax.

And then there were two…

This £2,000 dividend allowance is set to continue for the near future. Essentially, this means that the first £2,000 of dividends will be tax free.

As you can see from the above table, when compared with income tax rates the dividend rates are preferential; hence, why most contractors are advised to structure their businesses in such a way as to draw most of the profit from their company as a dividend. And while Scottish rates of income tax now differ, savings tax and dividend tax are not devolved so will remain the same as the rest of the UK. Therefore the above structure still applies for Scottish residents.

It also makes sense to keep, if an individual’s lifestyle allows, the total income, savings and dividends to under the higher rate tax bracket, i.e. £50,000 in the 2019-20 tax year.

The order of taxation

This calculation of tax on these three types of income can catch many people unawares when working out their tax liability. There sometimes seems to be the impression that salary, savings and dividends are taxed in the order in which they are received.

Someone labouring under this impression, especially if they have closed their company in the tax year, could well believe that as they have taken a small salary and dividends up to the higher rate, their dividends will be taxable at 7.5% and any further salary from a permanent role will be taxed at-source as the top slice of income.

Salary, savings and dividends are actually taxed in the most beneficial way possible for the taxpayer. While this is a good thing, it means that the person in the above example may not have all their dividends taxed at the 7.5% rate, rather the dividends will be pushed in to the higher rate tax bracket of 32.5%!  The reason for this -- income is taxed first, interest is taxed next and then dividends are taxed last.

If your last drawing of £20,000 in dividends from your company took you up to the higher rate tax bracket and you proceeded to take a permanent salaried position which gave you £20,000 in the year, the salaried income would be calculated before the dividends. This means that while you may have been expecting to pay 7.5% in tax when your tax return was submitted to HMRC, you end up paying 32.5% in tax.

What’s due this year. And next?

The simplest way of working out the tax due on your dividends (in general, as there is some income, which is taxed after dividends) would be to add up all other income, and see which tax band you end up in for your dividends.

We live in politically turbulent times and it will be interesting to see how the Boris Johnson-led government will change the tax bands for the 2020/21 tax year, especially if he is on an election footing. We all await with interest. 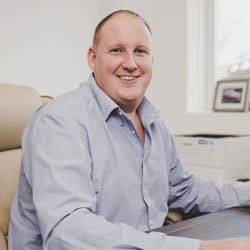 Daniel Mepham, Managing Director of SG Professional Services Group, has been working with contractors and small businesses for over 15 years. He is a Chartered Certified Accountant with a passion for the contractor market.