This upends our company’s understanding of staff entertainment which we provide annually in the shape of a meal. Furthermore, the accountant’s take indicates that we face a benefit-in-kind charge because the company has one director, and one secretary, and both invited one guest (their spouse/partner), and collectively the bill was almost £500. We believe the total exemption should be £600 (£150 per guest x4), but the accountant disagrees, saying only the director and the director’s guest would have been eligible.

The accountant is insistent, saying the total cost of the meal will be disallowed from tax relief and will be considered a benefit-in-kind, “it cannot be split.” Please advise.

Expert’s Answer: First, I’m assuming of course that the company isn’t caught by IR35 or inside the ‘off-payroll working’ rules.

Next, don’t confuse what is tax-deductible for the company, with the question of exemption from tax for the recipient of the ‘benefit’: they are different things.

The ‘wholly and exclusively’ test

Broadly, an expense will be deductible for the company if it’s incurred ‘wholly and exclusively’ for the purposes of the business. Remuneration is almost always tax-deductible, whether it’s in the form of cash or benefits, provided the value of the remuneration package as a whole is commensurate with the duties --  the £150 per event limit has no relevance to tax-deductibility.

Problems, or not, of the HMRC kind

There is only ever likely to be a problem if HMRC suspects some non-business reason for the level of remuneration – paying large amounts of remuneration to a spouse or civil partner who has no substantial involvement in the business, for example.

In a small private company, a company secretary may not (in that capacity) actually do very much; so it is possible that significant amounts of remuneration (of any kind) for a company secretary who does no more than file the accounts at Companies House might provoke an enquiry. But if the only reward a company secretary gets is a ‘plus one’ invite to the company’s Christmas bash, deductibility isn’t going to be a problem.

Lastly, here, there’s no difference between a company secretary and an employee

As to exemption for a benefit-in-kind, it’s true that a company secretary is an office-holder rather than an employee (as is a director, though either may also be an employee). But the distinction doesn’t matter for most tax purposes. This is because for most purposes the tax law on employment income treats office-holders as if they were employees  - see Income Tax (Earnings and Pension) Act 2003 section 5. So for benefit-in-kind and exemption purposes, there is no difference between a company secretary, a director and an employee.

The expert was adviser, author and mentor in tax David Whiscombe, a consultant for chartered accountancy firm BKL. 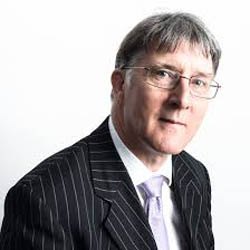