This is the first article in a four-part guide on the various penalties that you, a limited company contractor, could end up paying the taxman or Companies House, writes Sumit Agarwal, managing director of contractor accountancy firm DNS Associates.

1. Late Filing
2. Late Payment (plus interest)
3. Those for incorrect returns, which are assessed and for which you will be penalised accordingly as a result of negligence, concealment or mistake. Normally called ‘Schedule 36 Penalties,’ these are levied based on a tax enquiry.

Please note; all the above penalties can be enforced simultaneously. For example, if your tax return is late (- a reported two million people are yet to file) and you pay your tax late and there is an irregularity in your return, then you could end up paying all three kinds of penalties.

Without a doubt I would stress that filing an inaccurate return or committing fraud is the biggest mistake a taxpayer can make, so avoiding doing so is paramount. Personally, I think taxation and tax returns have become so complex that filing accurate returns and accounts requires a professional experience in taxation. Therefore, choosing the right accountant is crucial because they can save you in penalties much more than they will cost you. And bear in mind that a cheaper alternative, such as a ‘book-keeper’ contractor accountant, may cost you more in penalties than you initially save in accountancy fees!

24 hours to go until penalties start to bite

Before you read on, a final reminder: if you are self-employed, a company director, a trustee or someone receiving foreign income and have not yet filed your online tax return for 2011-12, then please do so now to avoid enriching the taxman. You must also file online before midnight tomorrow if your annual income is in excess of £100,000; if you make significant sums from property, savings and investments (excluding ISAs).

Anyone who works for themselves, whether a sole trader, owner of a personal service company or someone who earns additional income, whether an employee being paid through PAYE or a director of a company, must file a self assessment tax return by October 31st for paper submissions, and by January 31st for online submissions. You must then pay half of any tax due (known as payment on account for the following tax year) by January 31st and then again by July 31st. Even if you’ve had a particularly good year, don’t risk the fact that a self-assessment tax return filed six months late could attract a penalty of at least £1,300 even if the tax due is zero.

Penalty for Late Filing – How much you’ll pay

Late filing penalties are separate to late payment penalties. If you are just 24 hours over the deadline you face a minimum penalty of £100, even if no tax is due.

Penalty for Late Payment – How much you’ll pay

Even if you have filed your tax return on time you will still pay a penalty if you fail to pay the tax due on time, the penalties are as follows:

Contractors, remember - until the amount outstanding is paid in full, interest will be charged on all outstanding amounts, including unpaid penalties.

Let’s take a look at a couple of examples of taxpayers falling foul of the self-assessment system:

So Ray will pay the following penalties:

Late filing penalty: as his return is over a day late but less than 3 months, Ray’s penalty is limited to £100; the daily rate penalty does not apply as his return was filed within three months of the due date.

Contractors, consider – you could be even worse off than Ray if you file your tax return late even if you are not late with the payment! It used to be that if you were late-filing and owed no tax that you wouldn’t pay a fine, but now, whether or not you owe the taxman, a £100 penalty is immediately issued, even if you filed just one minute over the deadline!

So Kim will pay the following penalties:

Late filing penalty: £900, her return is three months late, so she pays the maximum penalty of £900.

You must file your annual company accounts with Companies House nine months from the end of your accounting period, known as the Accounting Reference Date (ARD), set at incorporation. Failing to file your company accounts or your annual return is a criminal offence and the former will attract a penalty. So, for example, for the period December 1st 2011 to December 31st 2012, the ARD is nine months from December 31st 2012, which means that you must file your accounts with Companies House by September 30th 2013.

Contractors, make no mistake – there are no exceptions to this rule: the ARD is fixed with Companies House at incorporation. Any change to it must be notified in advance. The penalty tariff for late filing of your accounts at Companies House is brutal:

When doing business with HMRC or Companies House, why take any chances? Well, the answer is that no shrewd contractor company should risk being even a minute late under this punitive system because, other than the exception of annual returns – which still have negative implications for late-comers, the more you delay, the more you pay.

Editor's Note: Read the other guides in this series - 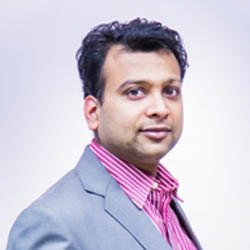