Your limited company: its structure and status

Amid some disquiet about limited companies that - for once - doesn’t stem from their tax-efficiency, it is worth exploring the make-up of these vehicles, which are now ubiquitous in the contractor market, writes Neil Kellaway, Operations Manager at Intouch Accounting.

A limited company is a separate legal entity, distinguishable from the directors and shareholders, which means that it has its own income and expenses, will pay its own taxes and can enter into contracts in its own right.

A limited company should have its own bank account, and company funds should always be kept separate to your own. Any taxes should then be paid from the company bank account, although it will be the company’s staff that writes the cheques, makes any transfers and carries out the associated administration.

Before delving further into the structure and status of a limited company, it will be helpful to put to rest an issue that many newcomers to contracting come up against. Specifically, we still see confusion in the market about the difference between a contractor who trades through a limited company, and is therefore an employee, and a contractor who is self-employed.

This self-employed individual is effectively indistinguishable from their business, and simply needs to complete a tax return each year showing the income, expenses and profit of their trade. But this isn’t as tax-efficient as a limited company and the self-employed contractor doesn’t get the protection of limited liability. In addition, agencies will usually insist that the contractor uses a limited company or the services of an umbrella company.

Limited company’s liability status? The clue’s in its name

As the Personal Service Companies Committee was told, tax isn’t the raison d’etre of a limited company – indeed, limited liability is often seen by contractors as equally important. The fact that a company is a legal entity in its own right means it can still be sued if it, via one of its employees or directors, breaches a contract or fails to carry out a contractual agreement to the client’s satisfaction.

As a result, agencies will insist that you have insurances in place to cover such eventualities.  They will usually ask for evidence that you hold professional indemnity and public liability insurances as a minimum (sometimes also employer’s liability), and will often state the values these should be. If you, in your capacity as an employee, are negligent it is your limited company that will be sued and the insurances will then kick in to provide restitution to the client if necessary.

But limited liability means that your liability, as a shareholder, is limited to the value of your shares so your personal assets are protected. As a result, if the company gets sued and the insurances do not cover the claim, then the company assets can be taken (including any cash in the bank), but the most you can lose on top of that is your share value, which for a contractor company can often be as little as £1.

The only time this limited liability protection does not apply is if there is fraud involved, or the company was set up in an attempt to avoid an existing obligation. For example, if you are subject to a restrictive covenant and try to avoid it by trading via a limited company (this is known as ‘lifting the veil of incorporation’).

The Company Secretary - valuable but not vital

Another distinguishing feature of a limited company is the Company Secretary which, although no longer required, is something many ‘Ltd’ contractors say they value. The role of a Company Secretary in a public company is to carry out the statutory administrative duties of a company, such as filing the annual return, maintaining statutory registers and keeping minutes.

Appointing a Company Secretary hasn’t been necessary for a private limited company since April 2008, and the duties of the role are likely to be carried out between the company’s accountants, the contractor themselves and their spouse (for which they are often then awarded a small administration salary). But an accountant, unlike the Company Secretary, cannot pay taxes on the company’s behalf due to restrictions in the Managed Service Company legislation. Accountants can and should of course tell you what to pay and when to pay to remain compliant with the taxman, but not a penny less and not a penny more!

Contractors’ Questions: How to pay a final dividend, tax-efficiently?

Taxman no longer limited to six-year look back 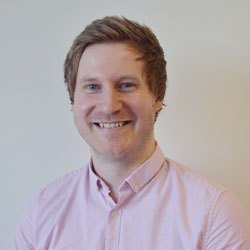 Neil started a career as an Accountant in 2011, specialising in helping hundreds of contractors. Neil enjoys building relationships with clients and helping them manage their finances all the way through their contracting career. Whilst also helping manage and develop the next Accountants within Intouch.