‘Work From Home’ debate among contractors rages on, but most remote workers aren’t saving the planet

Contractors who work from home probably shouldn’t boast over Teams that one upside of ditching the daily commute is that it helps save the planet, a study from the University of Sussex Business School suggests.

On the contrary, the school’s findings reveal that prior to the covid-19 pandemic, most remote workers in England travelled further each week than office-based workers – despite taking fewer trips.

This was partly because remote workers tended to live further from their workplace than non-teleworkers, so had longer, if less frequent, commutes.

In addition, remote workers engaged in more travel on the days when they worked from home – for example, by making extra trips to shops and cafes.

Steven Sorrell, professor of energy policy at the University of Sussex Business School, said: “Our study finds that remote working can have unintended consequences that offset the potential travel and carbon savings. If you only commute a couple of days a week, you may choose to live further from your workplace.

“And if you work at home during the day, you may choose to take additional trips - perhaps to pick up some shopping or simply to get out of the house. We must consider these possibilities when estimating the contribution of teleworking to carbon targets.”

When it comes to wellbeing, Elizabeth Willets, founder of Investing In Women, which recruits part-time/flexible roles, used her professional profile page to share a report by Allyson Zimmerman for LSE Business Review.

“It increases innovation by 63%, work engagement by 75%, organisational commitment by 68%, and 93% of employees are more likely to report feeling included.”

Remote working might not suit all workers however – contractors included.

Dan Heelan, business owner-turned accountant, has taken to LinkedIn to assert that “working from home…in a professional services environment is one of the biggest future worries for my profession. It’s a potential time bomb”.

Reflecting online this week, Heelan was referring to remote working reducing the opportunities for new starters to ‘learn by osmosis.’

Apparently, the lack of organic opportunities to become a sponge and soak in what’s occurring in front of them is a reason that, in the accountancy game at least, people want to “move on.”

And presumably move on to an office where the shadowing of someone more senior; the learning on the job, the taking in of the real-world remains very definitely a thing. So much a thing, that Zoom-ing with someone is probably just there for emergencies.

But another ‘time bomb’ – to quote the accountant – appears to be the question of income.

If an employee opts to work from home permanently, does the employer have the right to cut the salary pro-rata?

Back in August 2021, Google told its employees in the US who opt to work from home permanently they could be in line for a pay cut.

The search giant even developed a ‘pay calculator’ that let employees see the (adverse financial) effects of working remotely or moving offices.

At the opposite end of the WFH spectrum but also firmly in the IT space, is Luke Thompson, a senior tech recruiter for the EMEA region at Samsara.

He believes the ‘Work From Home’ argument has already been won.

“There’s no way I'll ever work for a company again that doesn’t let me decide where is best for me to spend my time,” Thompson says, sounding more like a candidate than an agent.

“And I’m not alone. I speak with people every day who are never going back to the way things were.”

The subtext, of course, is the pandemic -- because thanks to coronavirus, WFH has become the norm.

But there’s another subtext to what Thompson and many others say, and perhaps traditional bosses still firmly, quietly believe.

And that is historically, working remotely has been viewed with scepticism, led by the belief that a home-based workforce is too easily distracted.

By extension, such ‘at home’ workers must be less productive, the bosses say.

“I enjoy my trips into the office,” Thompson stated in a post, almost as if cueing up a defence. “It’s nice to get out and about occasionally, see colleagues in person, and make the most of being in the city.”

“You know what I like more, though? Going for a lunchtime walk with my family, heading to the gym at a reasonable time, instead of setting the alarm for 5am to make sure I get into the office in time!”

Currently, home or remote working looks very much here to stay, even if the environmental upside might not be what many perceived.

More than that, though, remote working for independent workers is no longer just about a contractor sitting at the kitchen table with their laptop or mobile.

For such freelance professionals, an opportunity specifying a WFH component can alter hours of work achieved; units of income earned, and even muddy waters around IR35 cleared – because where the work is carried out remains a factor that outside IR35 contractors will want to keep under their control.

So the legal and tax implications of remote working are not insignificant – for some business owners, working from home can even cause Capital Gains Tax complications.

However, for temporary and full-time workers alike, working from home appears to now rank as significant a consideration to job candidates as progression/prospects, projects, perks and even pay. Just don’t make out you’re doing it for the planet. 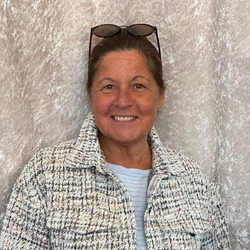 Sarah trained at the London College of Printing and is NCTJ qualified. During her career she has worked for national, regional and local publications, covering topics ranging from finance and business to news and features. She has extensive experience as an editor and freelance, contributing to media outlets including Moore News and Space Marketing as well as digital platforms.

Sombre and powerful, a vigil-turned-protest outside HMRC’s office is further pressure on a chancellor being asked for answers -- by 55 advisers and 80 MPs.

Clean-up efforts look underway, with agencies, government and a charity responding to the payroll sector’s ‘not great’ goings-on.

A timely refresh from the Revenue has industry advisers divided over the trigger. If there was one.

Campaigner: No surprise chancellor Hunt didn’t touch the HMRC policy -- as opposed to schemes, which he absolutely should have tackled.

‘Less money to go around’ for PSCs is the result of changes to dividends, corporation tax, and the 45p rate. But how much less money is the question.

Still sore from him cancelling the off-payroll rules’ cancellation, Hunt’s changes to dividends are ‘salt in the wound’ for PSCs.