What is the High Potential Visa, and is it for contractors?

Similar to the GBM, the High Potential Visa (HPV) was first floated as part of the UK’s Innovation Strategy which was published over the summer, and further mentions were made as part of Autumn Budget 2021.

So, we know that the strategy underpinning the High Potential route is driven by the government’s vision of a ‘more inclusive, dynamic, productive and sustainable innovation and technology sector,’ writes specialist immigration lawyer Arshia Hashmi of Brabners.

Recognition, if not detail

We also know that as well as developing home-grown talent, the government wants to ‘make the UK attractive to the world’s best innovators and entrepreneurs,’ as it recognises that skilled migration is strongly associated with higher levels of innovation and entrepreneurship. There is also recognition here by officialdom that individuals from overseas bring complementary skills, knowledge, and ideas to the workplace.

We’re further told that the aim of the High Potential route is to make it as “simple as possible for internationally mobile individuals who demonstrate high potential to come to the UK.”.  And we’ve been further told the HPV’s eligibility requirements will include graduation “from a top global university.”

Definitions are among the missing cache

But as yet, we have seen no further information on how a “top global university’ will be defined!

We don’t know whether it will simply be an exhaustive list of universities from across the world, for example. Other eligibility criteria may potentially include graduates ‘only within STEM subjects,’ or just those who have achieved first-class degrees.

With more certainty, we can expect the High Potential Visa to be another route that facilitates the entry of highly-skilled migrants into the UK which will not be reliant on employer sponsorship.

It is of note however, that both these routes were eventually deemed too flexible, as they permitted entry into jobs which were not necessarily as ‘highly skilled’ as the government would have liked. Yet not appearing to move to head off the prospect of being disappointed again, the government says there will be no minimum salary requirements attached to the High Potential route. Furthermore, applicants will be able to switch jobs and flexibly move between employers. There will also be options to extend the stay and ultimately settle in the UK.

In line with many other immigration routes, we currently expect this settling option to be permissible after completion of five years in the UK on the High Potential route.

However, it is not yet known whether High Potential Visas will benefit self-employed contractors, despite the aim mentioning “mobile individuals,” indicating that they will. If not, HPVs could rely solely on employment relationships.

As to ‘What next?’, it is a fair question! We know the route is designed to provide an easy immigration route to the UK for top talent within innovation, technology and R&D from March 2022. But beyond this broad aim, and the particulars outlined and speculated on above, for now, all we can do is await further announcements from the Home Office to fill in the blanks. 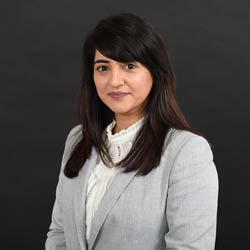 Arshia is a specialist business immigration lawyer and has practiced in this field for over a decade. She regularly handles issues such as sponsor licences (including compliance), right to work issues, corporate support, the implications of Brexit and support for those entering the UK for work purposes. Arshia has specialist experience in dealing with technology and sports-related immigration issues. Her client base includes a range of businesses from SMEs to multinational corporations as well as individuals.