Dr Leigh Thompson is a professor of dispute resolution at the Kellogg School of Management. Her research focuses on negotiation. And so, as you might expect, her books include titles like: ‘Negotiating the Sweet Spot: The Art of Leaving Nothing on the Table,’ ‘The Mind and Heart of the Negotiator,’ and ‘The Truth about Negotiations.’

When it comes to securing a rate rise amid a cost of living crisis in which, until relatively recently, hiring had actually been frozen, the good doctor’s work is definitely worth picking up if you’re an IT contractor, writes Adrian Smith, senior director of operations at Randstad UK.

My personal belief is that all the pressures set to face contractors in 2023, including those associated with IR35, are acutely felt right now. And they aren’t going anywhere soon next year.

To help frame your approach to negotiation once the New Year rolls around, keep in mind that Dr Thompson’s research found that some 80 per cent of managers routinely fail to reach ‘win-win’ deals when negotiating. So they end up leaving value on the table. That’s based on research into managers taking part in Dr Thompson’s ‘executive’ education classes — people who you might have expected to have mastered the art of negotiating a deal. So clearly very few people have got this ‘to me-to you’ business down to a fine art.

With the doctor’s work in mind, and factoring in what our recruitment business is seeing in the IT contractor market, here are five subtle ways to eke out a little more from your headline rate when starting or renewing a temporary contract. Oh and yes, before you wonder, these five little tricks absolutely take into  account the financially-constrained environment contractors will be operating in next year.

1. Ready and calm your nerves – potentially for the long game

Negotiating a new rate can be so painful for some people that they avoid it, even if it costs them dearly. The hardest part of negotiation is staring into the eyes of a future or existing decision-maker whom you often want to like you and asking for something they do not want to give. That’s the first trick. Think that’s too simple? We’ve seen stats showing almost 60 per cent of workers admit they accepted their company’s first offer in their most recent job.

2. This ain’t a contest (despite what your ego is telling you)

The second trick is not to view negotiations as a competition. It’s a trade-off.

Recognise that this is a trading process, and know what, where, and when you can concede.

That means you won’t be able to rely on persuasion to win the day. You need to prepare.

Central to that? Know what your decision-maker wants and why they want it. Without sincerely exploring this, I believe there is no chance of finding an outcome everyone can accept. Easier to do when you are renegotiating or extending/renewing, of course.

3. Prepare a few ‘pigeons’ ready to offer the decision-maker

These ‘pigeons’ are items of limited value that can be made to sound like important concessions, to be given up in exchange for a genuinely valuable counter-offer.

If necessary, write a long list of what you could offer, commercially, to enhance your appeal: leading on a particular programme, for example.

And if you spot a worthless pigeon coming your way, be ready to expose it as a “Barmecide” — named after the rich man in the Arabian Nights, who served an imaginary feast to a beggar.

4. Chuck in a sweetener on that milestone

Fourth, look carefully at the contingent contract. Do this in a negotiation where each party disagrees about future conditions. You can, essentially, make a bet on a future outcome to move the deal on — for example, by agreeing to abide by the results of a future project.

5. Come up with a ‘getting it across the line’ manoeuvre

Fifth, you will need a strategy on how to close the negotiation. You can go for the ‘tugboat close’”, where you gently pull the decision-maker along. Or you could consider the “Benjamin Franklin close”, where you write a list of pros and cons – often effective where a decision-maker is struggling with making up their mind.

If you want to know more about succeeding at negotiating, you could do worse than look at the 1981 book ‘Getting to Yes’ by Roger Fisher and William Ury. Their classic negotiation handbook advises:

As to the contractor market in 2023, are there going to be sectors where budgets aren’t so under scrutiny? Well, mobile engineers appear to be doing pretty well and similarly, pay for ISO 9001 contract workers is looking pretty healthy too.  Also relevant if you’re looking for a New Year 2023 pay rise, contract opportunities requiring signal processing and Simulink skills are likely to find more flex for renegotiation.

Lastly, remember that whatever field you are in, you will often find out – just when it’s probably too late -- that it’s smaller than you thought, in terms of who knows who. Few contractual relationships totally end with the handshake and signing on the dotted line. So it makes sense not to leave the party you’re negotiating with nursing a lingering resentment about what happened during the horse-trading. 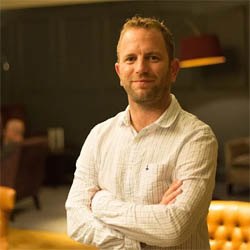