Contractors, will the expanded Job Support Scheme support you?

With the Coronavirus Job Retention Scheme coming to an end in exactly nine days – October 31st 2020, contractors are understandably wondering what its replacement – the Job Support Scheme, might mean for them, writes Hannah Morrison, an associate at law firm Brabners LLP.

JSS: the background, and details

First though, some context. Amid the coronavirus infection rate returning to its pre-summer levels, and as furloughs were winding down, the government swiftly pulled together the  JSS at its Winter Economy Plan, to help protect “viable” jobs, specifically from November 1st 2020.

Under the scheme, employees have to work for at least one third of their normal hours but employers would need to pay them 55% of their pay, with the government contributing 22% (meaning that employees would receive at least 77% of their salary).

An extension to bridge a gap (which the government initially missed)

The relative expense of the JSS meant it initially received a lukewarm reception from employers. Furthermore, an obvious question arose in the context of the now in-force, government-imposed local lockdowns (Tiers 1, 2 and 3): what happens where employees are unable to work any hours at all because of new coronavirus restrictions?

In response, chancellor Rishi Sunak announced on October 9th an “extension” to the JSS, under which the government will commit to paying 67% of the salary of employees (up to a maximum of £2,100 per month), who are unable to attend work because their employer has been legally required to shut its premises as part of local or national restrictions.

Detailed guidance on the expanded JSS is expected in advance of the scheme coming into force on Sunday November 1st 2020. However, the pertinent question for PSC contractors, at this point in time, is – will such limited company directors be eligible to benefit under the expanded JSS at all?

Unfortunately, it seems unlikely. Firstly, under the expanded JSS, the government will only contribute towards the wages of employees who work for “firms whose premises are legally required to shut”.

Umbrellas unlikely to benefit either

Until further guidance is published, it is not clear how strictly this will be interpreted, but the risk is that even if the government does order the closure of premises where a contractor provides their services, the government would almost certainly not order the closure of the contractor’s own Personal Service Company. It therefore appears unlikely that contractors would be eligible for support under the expanded JSS.

This same doubt applies to those employed by umbrella companies (i.e. where it is the client, not the umbrella company itself, which is being forced to close). However, until further guidance is published, this point remains unclear.

The new scheme has the old scheme’s blind-spot

Even if contractors are eligible to benefit from the expanded JSS, the level of remuneration available in practice is likely to be limited. Pending receipt of further guidance, it is expected that the JSS will be modelled on the CJRS. Most contractors are already painfully aware that the CJRS was limited to salary costs only; companies could not claim in respect of dividends under the scheme.

This meant that for many PSC contractors, the amount which they could claim was restricted, given that a large proportion of PSC contractors pay themselves only a very minimal salary (often at national minimum wage rates) and, instead, remunerate themselves primarily via dividends, which were outside of the scope of the CJRS. Assuming that similar rules will apply in respect of the JSS, the scheme is not looking very attractive to contractors unless, of course, they will be entitled to undertake work elsewhere while receiving pay under the JSS.

Overall, it does not appear that the JSS, or its expansion, is designed with atypical workers and contractors in mind. That being said, the scheme was announced hastily in response to mounting public pressure on the government to extend its financial support to employees in the worst-hit industries. When further guidance and detail are published in due course, contractors could be pleasantly surprised, but at this stage it looks unlikely. 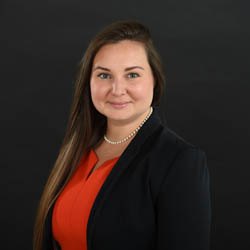