Contractor’s Question: Thanks to the covid-19 coast being a bit clearer I’ve returned to the UK and for work, will be forging ahead with my limited company. But I can’t get my head around the furlough scheme and what I need to know right now to gauge whether ‘flexible furloughing’ is suitable for me. It’s less fraud and abuse I’m concerned about and more the financial ramifications. That said, most PSCs I’ve spoken to seem lukewarm on the scheme, which is a change compared to the support for it I recall hearing about initially. Please advise.

Expert’s Answer: When the Coronavirus Job Retention Scheme (“CJRS”) was announced back in March, many PSC contractors felt that they had been left high and dry since their ability to claim under the scheme (and the amount which they could claim for) was limited.

Firstly, a company is only eligible to claim under the CJRS if its employees do not provide any services or generate any profit for their employer while they are furloughed. Clearly the attractiveness of the scheme to many personal service company owners was minimal, as they could not carry out any work or arguably even market themselves or scope out projects in preparation for the economy picking up once lockdown restrictions eased, as this would be likely to amount to “providing services”.

What you can do when furloughed

N.B. The only exception specifically provided for in the government guidance was that company directors could undertake work relating to the filing of company's accounts or provision of information relating to the administration of the company, or in order to submit a claim under the CJRS or run payroll while furloughed.)

Secondly, the CJRS is limited to salary costs. Companies cannot claim in respect of dividends under the scheme. This meant that for many PSC contractors, the amount which they could claim was restricted, given that a large proportion of PSC contractors pay themselves only a very minimal salary (often at national minimum wage rates) and, instead, remunerate themselves primarily via dividends, which are outside of the scope of the CJRS.

Flexibility, but costs too

However, the introduction of the ‘flexible’ phase of the furlough scheme on July 1st 2020 will have been welcome news to many contractors, as it allows them to claim furlough pay for some days while working on other days.

N.B. Contractors should be aware, however, that they can only flexibly furlough themselves if they were previously furloughed for at least three weeks prior to June 30th 2020. This may allow contractors to carry out part-time or project work while claiming under the CJRS in respect of non-working days.

But there’s another change you ought to be aware of. Since August 1st, the CJRS no longer covers the costs of employer National Insurance contributions, or pension contributions on furlough pay, so employers (including PSCs) must now cover that cost.

While employees and PSC contractors can now alternate flexibly between periods of work and periods of furlough, it remains the case that they must not carry out any work on days which have been designated as furlough days.

For PSC contractors such as yourself, there is a need to be particularly careful and disciplined about which days will be working days and which will not. And contractors should keep a record of this -- in writing.

Finally, keep in mind that new legislation has recently been introduced which allows HMRC to clawback Covid-19 support payments (including furlough pay) from businesses where such payments have been claimed mistakenly or fraudulently.

Contractors will need to take care to ensure that their records and furlough documentation are in order and that they have claimed in line with the rules. A 90-day grace period is currently in operation (which runs until October) for businesses to self-report any issues and avoid potential HMRC penalties. Further detail on the Revenue’s powers to audit businesses and clampdown on ‘furlough fraud’ ought to be considered and are outlined in this article. 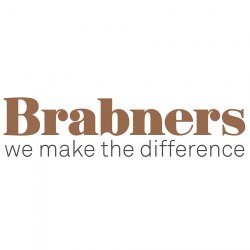 Brabners are dedicated to making the difference for our clients. As a full-service law firm, we deliver a seamless legal service working with clients across a wide range of sectors including charity and social enterprise, healthcare, housing and regeneration, manufacturing and supply chain, real estate, recruitment, retail, technology and sport.

We have long standing client relationships and a reputation built on quality, integrity and results. Whether supporting routine legal needs or complex, business critical projects – we are here for our clients when it matters most.