Contractors' Questions: Must I alter my LinkedIn profile as the agency says?

Contractor’s Question: I've been contracting for a fair few years now and I get a big chunk of work from a good agency. But on my LinkedIn page, I list only the clients I have had (via the agency). I've just been emailed by the agency and told that I must change my LI profile to show the agency as my main employer. My initial reaction was to push back, but I don’t want to rock the boat. What do you think?

Expert’s Answer: Firstly, we should consider the legal situation (please note; I’m not a lawyer so I will simply outline what would be reasonable and accepted practice). If you were on the recruitment agency’s payroll, then legally they would be your employer.

But if you are operating as a limited company, as most contractors do, then neither the agency nor the client are your employer. So in an ideal world, you would cite your limited company as your employer and refer to the company as your client. However, the LinkedIn interface is designed in such a way that doing that doesn’t really work, although there are some ways around this (but that’s for another day).

From a legal perspective, the client is ‘nearer’ to being your employer than the agency who are simply acting as an introducer. When we produce CVs for contractors, we are careful not to use the word ‘employer’ as it would often be referred to on a permanent job-seeker’s CV; instead we use the word ‘company’. When adding a job to LinkedIn, it asks for the ‘company’ name (although the word ‘company’ doesn’t display on your public profile) and in my opinion, it is more correct that the client is the company that you were working for than the agency who simply acted as an introducer.

Now, let’s look at this from an online common-sense and industry practice perspective. If you were to cite the agency as the company you were working for, most viewers of your profile will assume that you were performing a role within that recruitment agency on their site -- for them, internally. It’s simply not common nor the ‘done-thing’ to list the agency as the company. I would go as far as saying that it is misleading and confusing. We need to consider accepted conventions on LinkedIn and hands down, the accepted convention is that you list the client’s name as the company that you were working for (or ‘on behalf of’ in contract parlance), as they are the entity in which you were delivering your services to.

I’m curious as to your agency’s motives, and genuinely wonder whether you have been talking to some rookie recruiter who is being a trifle naïve. Or perhaps they have some genuine board-level directive requiring their agency to be more visible in LinkedIn search results! As I’ve stated, it’s certainly not common or considered the ‘done-thing’ to cite the agency’s name as your employer, so I can only speculate why they might ask you to do this. Perhaps they are trying to build their brand? In reality, what they are inadvertently doing is hamstringing the contractors they are representing because other agencies -- and indeed other clients -- will consider a contractor as lacking a level of savvy by listing the agency’s name. At the least, it will be considered a LinkedIn faux pas!

More adversely affecting of your prospects, it makes it difficult to see what clients you have worked for and the sectors they are in. For example, if another recruiter is looking for a freelance Project Manager with a banking background and they cannot quickly see that you have recently contracted for a financial institution, then they will not consider you for that opportunity. If it’s the agency’s name that is displayed rather than that of the financial institution, then this clearly poses a rather large issue.

To conclude, my advice would be to follow your initial gut reaction. It is your profile and you need to do what is going to give you the best chance of selling yourself as a contractor and securing work in the future. I guess the only counter argument to this is that if the agency is keeping you busy with a raft of juicy assignments, then you may tow their line up until the point that the raft sinks!

The expert was Matt Craven, founder of The CV & Interview Advisors, who also advises on contractor personal branding including via LinkedIn.

Contractors’ Questions: Should I remove hyperlinks from my CV?

The silence around who owns LinkedIn group contacts is no more 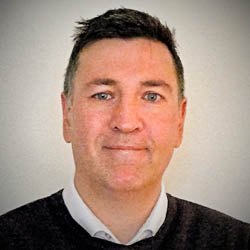 Matt is the Founder of The CV & Interview Advisors and Incredibly Linked. He is considered to be a thought-leader in Personal Branding and is regularly engaged as a public speaker to deliver advice and guidance to global audiences on all things related to CV authoring, career advancement, LinkedIn, personal branding and thought leadership.