What is Disguised Remuneration?

Many tax avoidance schemes that we advise contractors to steer clear off involve paying the contractor all or part of their pay as a tax-free loan. This loan is ‘interest-free’ and though it may be repayable, there is usually no expectation that it will ever be repaid, writes Graham Fisher, chief executive of Orange Genie.

Since December 2010 such payments have been taxable under the Disguised Remuneration (DR) rules, and the continued use of such a scheme may represent criminal tax evasion, unless the loan amount is taxed as income.

Employee loans that are paid back are not affected. For example, if your employer lent you money to buy a season ticket and repayments are deducted from your salary, you don’t need to worry.

From April 2019, disguised remuneration loans dating between April 1999 and December 2010 will become taxable. HMRC will be looking to recover “all tax due”, which will include interest and penalties for late payment. Fears of 'bankruptcy' are not necessarily going to be overblown, at least for some.

However, if you have outstanding disguised remuneration loans, even if they were arranged years ago, we’d recommend you seek advice as a matter of urgency.

What can you do if affected?

If you’re currently being paid using a loan scheme, we’d recommend that the first order of business is to extract yourself from it, so your situation with the tax authority does not get any worse. The purpose of the loan scheme is to avoid paying tax, so you will probably find that you’ll take home less money using a compliant arrangement. However, the tax is due anyway and using the loan scheme will add interest and penalties to it, so we believe it really is in your best financial interests use a compliant alternative.

If you have an outstanding loan that was made after December 9th 2010, it should have been taxed as income when it was made, under the DR rules. Check that the tax has in fact been paid, and if not, we say arrange to pay as soon as possible. The earlier you pay, the less interest you’ll be charged.

Outstanding loans from before December 9th 2010 will become taxable on April 5th 2019, so you’ll have until then to resolve the issue, such as by repaying the loan or settling with HMRC. Be aware -- settling will involve paying the tax and NICs on the full amount paid into the loan arrangement, and HMRC may request interest on the “late paid” tax as well. The alternative is to wait until April 2019 and pay the loan charge when it becomes due.

The retrospective nature of the new loan charge has been widely criticised. Many feel that, since tax was not due on loans before December 2010, it’s unfair to tax them now. The charge will be due on loans going back to 1999, so in some cases the loan will be two decades old! Borrowers may have retired or otherwise seen their circumstances change. Some will not have the means to pay and many believe they could face financial ruin as a consequence of this charge.

Others argue that if a loan has not been repaid after so many years it was clearly not a loan in the first place, and should have been treated as income all along. The public has a well-documented appetite for the downfall of ‘tax dodgers’ and HMRC’s hard-line stance on what they see as abusive avoidance may prove to be popular.

Whatever your view, the reality is that the charge will be implemented, however eloquently its opponents argue against it.

Where we do have a view (and quite an unforgiving one at that), is regarding the small batch of umbrella companies that, rather than being bonafide umbrella companies, are actually dressing up as umbrellas to cover up a tax scheme they want you to use.

All umbrella companies, and indeed all UK employers, operate under the same rules and it’s therefore impossible for one to legitimately pay much more than another for the same contract. The only legitimate difference between pay calculations will be the umbrella company’s margin. But this is not usually enough to make a noticeable difference.

Where an umbrella quotes a much higher take-home pay than others, usually one of two things is going on. Either the quote is unrealistic and you won’t be paid what you’ve been promised -- or the umbrella is actually masquerading and in essence, is a tax avoidance scheme.

We’d strongly recommend to new contractors that you avoid both types of company. Either they’re misleading you or they’re putting you at risk, and why would you want to give your money to a company like that? If you do find yourself on a scheme, either haplessly or because you ‘followed the money’ that the salesman or slogan informed you about, we believe the only way forward is to face it head on, assess your particular situation and take appropriate action with the help of specialist advice. Doing nothing is wrongdoing! 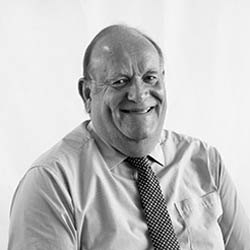