What does Outside IR35 mean?

Limited company contractors might now know what it means to be inside IR35, but they mustn’t forget the dilemma that faced the Inland Revenue in 1999; ‘disguised employment.’

Here, exclusively for ContractorUK, I will now consider the position when an engagement is deemed to be Outside IR35, meaning it resembles ‘self-employment’ and therefore the Revenue’s response to its dilemma in 2000, the Intermediaries legislation (IR35), does not apply, writes Danny Batey, senior tax consultant at Markel Tax.

Who determines the outside IR35 status of an engagement?

Limited company contractors (‘Personal Service Companies’ or ‘PSCs’) engaged in the public sector or by a medium or large-sized company in the private sector, have their IR35 status determined by the engager (‘the end-client.’)

This is as a result of the ‘off-payroll working reforms’ and is often referred to as being under Chapter 10, specifically Part 2 Chapter 10 Income Tax (Earnings and Pensions) Act 2003.

But the legislation has two key exemptions -- PSCs engaged by ‘small companies’ as defined by the Companies Act, and PSCs’ engagers who are based wholly overseas. PSCs whose clients fall into either of these two camps are responsible for their own IR35 decision-making. This is ‘old’ IR35, found under Chapter 8 of the same legislation.

In both cases, the (PSC) decision-maker must demonstrate that they have taken ‘reasonable care,’ or they risk HMRC conferring upon them the tax and NIC liability, and even seeking to apply a penalty of 15-30% of the tax at stake.

Benefits of being outside IR35

Irrespective of the decision-maker, the benefits of being outside IR35 to the contractor are that they are financially much better off than being deemed ‘inside’ or being paid as an employee.

Firstly, their PSC’s invoice will be paid gross, i.e. no tax and NICs deducted at source.

Secondly, all relevant business expenses can be claimed, including home-to-site travel on the rationale that the company (the PSC) is sending its employee to a temporary workplace (the end-client’s site). HMRC’s so-called ‘24-month rule’ limits how long these travel and subsistence costs can be claimed, but before that period, it means the ‘commute costs’ are not coming out of the contractor’s take-home pay.

Thirdly, taking remuneration via a low salary and the remainder of income as dividends, attracts neither employer nor employee National Insurance Contributions (NICs).

This position is further enhanced if there are additional employee shareholders – often spouses or life partners – who are remunerated in the same manner, such that neither shareholder might pay higher rate tax.

As a consequence, contractors pay less tax than their conventionally employed counterparts, and this could enhance take-home pay by up to 30%.

Matters to consider under Chapter 8

Under Chapter 8 (old IR35), the contractor has the responsibility and liability for an incorrect outside IR35 decision. As such, demonstrating ‘reasonable care’ is paramount. Even experienced contractors seek independent specialist advice, recognising that a contract review is a small price to pay to avoid a significant penalty should HMRC’s arguments prevail.

Any good IR35 contract review should consider both the contractual documentation and the working practices, as well as offer advice on how to strengthen contractual clauses to ensure compliance with IR35.

As your PSC holds the liability, it is widely recommended that contractors also consider tax investigations insurance to pay the costs to defend an HMRC enquiry, and tax losses insurance to cover tax, NICs, penalties and interest arising should HMRC successfully argue that IR35 applies.

But under Chapter 10 you are not liable?

The short answer to this question of liability is ‘No,’ you are not.

If the end-client has failed to take ‘reasonable care’ in their decision-making, HMRC are clear that the liability will be conferred upon them.

If the client has taken ‘reasonable care,’ the liability then falls upon the ‘fee payer’ -- the entity in the contractual chain closest to, and responsible for paying, the PSC. For direct engagements, that fee-payer is the end-client. However, in a contractual chain involving agencies, the agency closest to the PSC assumes the fee-payer liability.

Therefore, as a contractor, the tax liability for an error sits above your company in the contractual chain. Only in cases where a contractor has colluded to create an outside IR35 decision, would HMRC ever seek to recover tax from the PSC.

However, most contracts now include a clause requiring the contractor to give a warranty that they will cover any liability arising upon the agency and/or end-client as a result of an engagement which is subsequently challenged by HMRC.

Providing such a warranty is not covered by tax loss insurance, it is a contractual warranty. It is not clear whether the courts would enforce such a clause, but as a contractor you should challenge the warranty. Unfortunately, in many cases, the reality is that contractors are having to sign up to such clauses or else they risk losing the engagement completely.

Are outside IR35 engagements at a premium?

The initial reaction of many end-clients to the April 2021 off-payroll reforms (Chapter 10) was conservative. Some engagers opted not to engage with the legislation and refused to take on PSCs at all.

Now the market appears to be changing, because these end-clients are failing to attract and retain the best contractor talent. They recognise that they need to engage with the legislation, which means end-clients really considering what it is they want from their contractors and being honest about what the work involves.

The same applies to contractors under Chapter 8. As a PSC, you need to be able to prove your position. Being able to demonstrate that your contracts are genuinely outside IR35 and protecting yourself from HMRC-challenge are the ‘due diligence’ and insurance costs that are now associated with the professional limited company contractor in the 21st century. 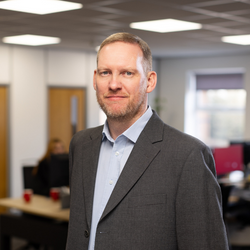