Contractors’ Questions: Who’s liable for IR35 if I felt like a disguised employee before April 2021?

Contractor’s Question: I provide management consultant services on a self-employed basis through a limited company consisting of myself and my wife. But I’m working for a long-term client to such an extent that I’m almost beginning to become an employee. They certainly want me to manage people and help with recruitment, and are even now dangling a permanent role in front of me!

But my specific question relates to the April 2021 off-payroll rules. The engager is saying that they bear the risk of me falling foul of IR35, and I understand that they are responsible for assessing status and providing an assessment. But if I were found to be flouting IR35, from which party would HMRC seek the National Insurance and Income tax, myself or the client?

Expert’s Answer: Following the introduction of IR35 reform in the private sector on April 6th 2021, medium and large businesses are responsible for determining IR35 status. Under the framework, the ‘fee-paying’ party is liable for non-compliance (assuming that all legal obligations have been met). If your client acts as the fee-payer, then it’s likely that they will be held responsible by HMRC for any errors.

Time of engagement is crucial

However, if you were engaged by this particular client prior to the roll out of IR35 reform on April 6th 2021 -- and HMRC was to find that your contract belongs inside IR35, not outside IR35, then the tax liability, along with potential penalties and even interest would lie with you up until this date.

So to recap, contractors carried the liability for non-compliance up to April 5th 2021, with fee-paying parties becoming responsible for this risk from April 6th onwards, provided that the engager has taken “reasonable care” when issuing their status decision.

Both you and your client could carry IR35 liability, potentially

With this in mind, and when considering which party could be expected to repay outstanding income tax and national insurance contributions, the answer is – both. Potentially.

I say ‘potentially’ because while HMRC has said that it won’t typically investigate contracts that transferred from outside IR35 to inside IR35 following reform last year, the taxman hasn’t completely ruled this out, as stated by HMRC here:

“HMRC will not use information resulting from these changes to open a new enquiry into earlier years unless there is reason to suspect fraud or criminal behaviour.”

The key phrase in the above HMRC extract is “suspect fraud or criminal behaviour,” which is based on HMRC’s discretion. Also, the fact that reform has been in force for nearly a year -- meaning your contract didn’t shift inside when the rules changed -- may give the tax office a reason to look back further, to when you (as the contractor) held the liability.

These are the potential risks, but you may well be compliantly operating outside IR35, in which case neither party has anything to worry about. Even so, and to mitigate the risk of a potential retrospective IR35 enquiry, contractors should strongly consider protecting themselves with IR35 insurance. Good luck!

The expert was former tax inpsector Nigel Nordone, head of tax at Qdos. 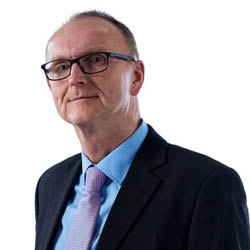