Some of the questions incoming to us suggest that dividends – the staple payment method for contractor limited companies – aren’t always as straightforward as us accountants like to make out, so a refresher is needed, writes Graham Jenner, co-founder of tax advisory Jenner & Co.

Such a refresher should help contractors wondering what to pay themselves in 2021/22, and it should help those contractors potentially revaluating dividends and salary in wake of the April 6th off-payroll rules. A recap might be sensible too, if you’re a director with a liquidator in tow.

One of the benefits of operating as a contractor through your own limited company is that part of your income can be paid in the form of dividends. As dividends are not earned income there is no National Insurance (NI) applicable to this income. If, instead of paying dividends, all of the income were paid as salary, that salary is subject to 13.8% Employer National Insurance and 12% Employee National Insurance.

Previously, the individual did not pay any further tax on dividends unless their total income took them into higher rate tax. That is not to say that there was no tax on dividends – there was an effective tax on the dividend because they get paid out of the limited company’s taxed profits, and so have already been taxed at 19% (corporation tax – the current rate), before being paid to the individual.

When dividends really got taxing

However, at the Summer Budget of 2015, a special dividend tax was introduced and, as a result, tax of 7.5% was (and is still today) typically accounted for on dividends paid (or at a higher rate to the extent that dividends fall into the individual’s higher rate tax bands – see ‘Don’t overdo it’ below).

Nevertheless, it is generally seen that this 7.5% is a relatively small amount to pay to HMRC compared to the NI liability. In fact, it is precisely due to this saving that IR35 was introduced, back in 2000 but reformed in 2017 for the public sector and reformed in 2021 for the private sector.

A detailed commentary on IR35 is beyond the scope of this article, but it is worth noting that, if dividends were subject to national insurance such that the net income would be similar to that on a salary, there would be no need for IR35. The Intermediaries legislation has the effect that, where the individual supplies their services as if they were an employee, the tax and national insurance is broadly similar to that if they were an employee.

Pay a small salary, with the balance as dividends

Typically, a contractor operating through their own limited company will pay themselves a small salary, such that no NI is paid – and for the current tax year that amount is £737 per month. This is a figure contractors wanting optimum tax-efficiency should bear in mind. At this non-taxing rate, the salary reduces the amount of profit the company makes, but as the tax and NI on anything above the £737 threshold is greater than the tax on the company’s profits plus the dividend tax referred to above, there is no point in paying any more as salary.

Top Tip: If you are looking for a mortgage, some lenders may be unable to help due to your ‘small salary balance as dividends’ model. But shop around -- because many lenders are familiar with this model and there are specialist mortgage brokers who can further help.

How much can contractors pay as dividends?

Dividends are paid out of cumulative, realised profits.

Unrealised profits typically arise where an asset has been revalued upwards in the accounts.  This is unlikely to be the case for a contractor, and so all profits will be realised profits.  The term ‘cumulative’ just means that, if there are losses brought forward, they have to be made good by future profits before any dividend can be paid.

Remember, profits are calculated by taking the company’s sales, deducting all costs, including expenses, and the director’s salary. These profits will then be taxed (at 19% currently).  What is left, plus brought forward profits, or less brought forward losses, is available to be paid as dividends of the year.

What is the optimum dividend-salary mix for contractors in 2021-2022?

Assuming the company is making sufficient profit of, say, £60,001, on an ongoing basis and assuming no other income, standard personal allowances and no additional tax reliefs available, the most tax-efficient dividend-salary mix for contractors is £8,784 salary (leaving a profit of £51,217), and (taxed at 19% leaves) £41,486 in dividends.

But just because there are dividends available to be paid, that doesn’t mean that you should always pay at that level!

Firstly, there may be cashflow issues – i.e. there are profits available but not money in the bank, as some of the invoices may not yet be paid.

Secondly, paying dividends which take you into the higher rates of tax incur additional tax liabilities. To the extent that a dividend will be taxed at a higher rate (32.5% rather than 7.5%), there is no point in taking the dividend.

Top Tip: Don’t take dividends that fall within the higher rate tax band unless you need to. Leaving them in the company means they are carried forward and could be taken in another tax year, when they may not be subject to the higher rate tax. Who knows what next year will bring?!

How often can dividends be paid?

For large companies, dividends are often only paid once or twice a year.

However, dividends can be paid as often as you like, as long as the directors satisfy themselves that there is sufficient realised profit to do so, based on the ‘accounts’.

For some contractors, it will be relatively easy to assess available profits on a week-by-week basis. This is simply because they raise an invoice weekly; they know what expenses they incur in that week, and they can make a weekly provision for less frequent expenditure.

Specialist contractor accountants (such as ourselves) have systems that keep track of this for you, but you could also keep your own record. Provided these records are accurate and kept up-to-date, they are sufficient to constitute ‘accounts’ for the purposes of declaring an interim dividend (which these dividends would be).

What dividend paperwork is required?

A quick internet search may suggest that a board meeting is required to consider the level of dividend against the available profits, based on a formal set of accounts. And the search results may suggest that minutes of that meeting be produced. Indeed, the gov.uk website suggests this to be the case.

In practice, and case law has established, when paying interim dividends, the process does not need to be that formal. The directors do not need to hold a board meeting (and therefore no minutes are required), in order to reach the decision to pay the dividend. There is often only one director anyway. So the director (or directors) simply need to be able to demonstrate that a decision was reached about the dividend after considering whether there was sufficient profit available, based on some sort of reliable ‘accounts.’

Top Tip: Speak to your accountant about the process and the level of paperwork they would suggest in your circumstances.

Back in the day

It used to be necessary, even for small contractor companies, to issue dividend vouchers to shareholders as there was a tax credit associated with a dividend, and the voucher acted as certificate of the tax credit, when completing the tax return. However, there is now no tax credit, so the need for the voucher for tax purposes has disappeared.

That said, in case someone queries whether a dividend payment is really a dividend, it is worth having as much documentation as practical to support that.

Who can challenge a dividend?

Generally, it is only HMRC which might query whether a payment described as a dividend is really a dividend. The significance is that, if it isn’t a dividend, it could be subject to additional tax.

However, it is also worth noting that, if a company goes into liquidation, the liquidator may well challenge the legality of dividend payments.

If the liquidator is successful in their challenge, the dividends would be repayable to the company, and the funds used to payback creditors or cover the liquidators fees – even where paid with genuine intentions.

As a concluding point, and particularly where higher rate tax would otherwise be paid, it is worth considering having additional shareholders e.g. your spouse, or partner, so that dividends could be paid to them. There are some important factors to consider in this regard, which are beyond the scope of this article, but actively consider speaking to your accountant. See if having additional shareholders might benefit you, and take tailored advice while adhering to all HMRC’s rules in what is another not always straightforward, yet potentially financially worthwhile area to understand. 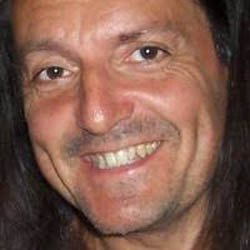