Contractors, factor in TAAR when winding up your limited company

Still ongoing today, an increase in contractors choosing to close their limited company has played out in recent months.

Not all tax risks post-IR35 reform sit with end-users

This increase is primarily due to the implementation of the off-payroll legislation which has caused end-clients and contractors to change their working practices, as the tax risk has shifted from contractors to end-clients, resulting in many companies refusing to engage PSC contractors.

But there are tax risks for contractors too, where they wind-up their company and take distributions and these risks, which are posed by 'TAAR,' need to be assessed and addressed before they become apparent, writes trainee solicitor Leila Ghazzali, and legal director Carla Roberts, of WTT Legal.

As we established last week on ContractorUK, generally-speaking, if the limited company is solvent and is able to meet its financial obligations, it would be closed by way of a Members’ Voluntary Liquidation. An MVL is a formal process that winds up a company and allows the directors to realise the assets in the company.

MVLs are attractive because distributions that are made following an MVL will be taxed as a capital gains disposal, rather than income. Crucially, CGT tax rates are significantly lower than the current income tax rates. Specifically, CGT’s higher rate is 20% for these circumstances, whereas the higher income tax rate for dividends is 32.5% and the additional rate is 38.1%.

Additionally, should you meet the qualifying conditions, Business Asset Disposal Relief (BADR) is available, in which the distributions are taxed at 10% up to the lifetime limit, which is £1million.

Contractors must remember that in general, they should have a genuine commercial reason for liquidating their own limited company and therefore, where a limited company is no longer required, BADR can clearly be sensible planning.

However, it is complex. And failure to prepare properly may result in being caught by the targeted ‘anti-phoenix’ rules, also known as the company winding-up Targeted Anti-Avoidance Rules. These were introduced because the issue that caught HMRC’s attention was directors liquidating their limited companies and opening new businesses to benefit from the lower CGT rates while they were still trading.

So TAAR was implemented to ensure that directors would no longer gain a tax advantage while they are carrying out the same trade/activity. The purpose of these anti-avoidance rules is to prevent individuals converting what would otherwise be a dividend into a capital payment. Note, TAAR applies to distributions made on or after April 6th 2016.

What are the anti-phoenix (or TAAR) rules?

The rules apply only to distributions on winding up a company and not to the sale of a company. An individual will be caught by TAAR if they meet all the following conditions:

Looking at the conditions in depth

Condition A, above, is a similar condition you would need to meet to qualify for BADR. It requires that immediately before the start of the winding up of the company, the individual had at least a 5% interest in the company.

This means that the individual would need to have 5% or more of the ordinary share capital and 5% the voting power exercisable by that individual. Importantly, for contractors operating a limited company, this condition is likely to be met as generally, they would have a 100% as sole director, or perhaps at least a 50 % interest in the company.

Condition B is straightforward. A ‘close company’ is broadly a company which:

Again, most contractors with limited companies will likely be caught under this condition (Condition B), as they would have fewer than five participators.

It is deliberately widely drafted to catch most circumstances. “Similar trade or activity” is also not defined and again, is wide-ranging and subject to interpretation, which is one of the difficulties when analysing the rules to determine if they apply!

Finally, Condition D is probably the vaguest condition and the most likely to be relied upon to avoid being caught by the TAAR provisions. If it is evidential that the main reason for winding up the company was not to avoid or reduce tax, but there was a genuine commercial reason for the winding up for the company, then condition D will not apply. And as mentioned earlier, all conditions must be met and therefore if condition D fails, then TAAR will not apply.

As even the most casual reader can hopefully see, these rules are complex. More than that, though, Conditions C and D are subject to interpretation, and any outcome is uncertain due to the lack of case law in this area. Therefore, an individual exploring the liquidation of their company will need to consider these rules, especially where they intend to carry on the same or similar trade or activity within two years.

In the current climate, a final consideration that has been on HMRC’s radar are attempts to avoid an income tax charge when a company is wound up. In particular, HMRC published Spotlight 47 which states that some scheme promotors have claimed to have an arrangement to avoid income tax charge due if an individual is caught by TAAR. This is because the rules do not apply to limited companies being sold to third parties, and the promoters are able to make such a claim by making an artificial modification of the arrangements to avoid the income tax charge. HMRC insists however, that such arrangements will be caught -- by the General Anti-Abuse Rule (GAAR).

So with not just one, but two anti-avoidance frameworks in place to catch anyone from the unwitting or unprepared and upwards, we recommend contractors should strongly consider their options if planning to wind up and make distributions. This complex, interpretative area may result in serious financial implications for you if skimped over, possibly even criminal proceedings for those contractors who are not careful. 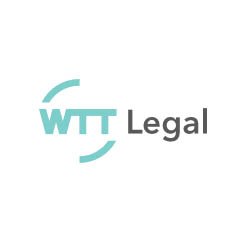 WTT Legal is a fully equipped, SRA regulated law firm, which delivers comprehensive legal advice on a wide number of practice areas, with specialist knowledge of tax, wealth and employment matters. Working within various sectors of the professional services market, we provide our clients with unparalleled levels of expertise in a simple and transparent manner akin to the wider company ethos.