Given all eyes were on Boris Johnon last week for an expected hike to National Insurance, it’s fair to say his increase to dividend tax rates was slipped in -- under the cover of the widely trailed announcement, notably 1.25% extra in contributions for employers and employees.

Deliberately under the radar

So it almost seems like this tax rise on self-employed people was announced by the prime minister -- at the same time as the NICs hike -- in the hope of keeping attention away from it!

Fortunately for contractors who run their own limited company, we haven’t missed it, writes Marc Seymour of Taxevo.

So let’s outline what the changes to dividends are; how much the changes will cost contractors, and where directors ought to go from here.

What are the dividend changes?

The change announced by the PM will see the rate of dividend tax rise by 1.25%.

All changes are in effect from April 2022. The government has estimated that this tax increase on dividend pay-outs will bring in £600million per year.

How much will dividend tax increasing hit you in the pocket?

For a contractor paying themselves a salary of £8,840, which is at the secondary threshold for National Insurance but results in no National Insurance liability and taking up to the higher rate threshold (currently £50,270) in dividends, it will mean an increase of around £450 to your tax bill.

Those contractors who take dividends in the higher rate threshold can expect an increase in tax of £12.50 per £1,000 of dividends taken in that tax band. Such contractors are expected to pay an additional £715, where they are earning the median higher rate taxpayer income of £67,110, according to a HM Treasury document.

All in all, it means that there is some careful consideration to be given before the new tax year as to the timing of taking a dividend, as doing so before April 5th 2022 will result in a lower rate of tax being paid. You should speak to your accountant to discuss your circumstances.

What else is taxing contractors?

Understandably, this tax combo will cause concern partly because it follows closely on the back of the April 2021 changes in off-payroll working – changes which have severely impacted the contracting industry.

Many contractors have seen their opportunity to secure outside IR35 assignments decrease significantly since the changes, and now for those who have managed to source outside IR35 roles, they are also being targeted by the dividend tax hike.

Adding insult to injury, most contractors feel that there was a lack of support during the covid-19 pandemic, in terms of provisions from the government.

While employees had furlough and the self-employed had SEISS grants, there was nothing for small business owners whose income model was based on a low salary and dividends combination. So our view is that this latest announcement on dividends is yet another kick in teeth for those individuals trying to run a company in these still challenging times.

Is the dividend allowance changing?

So one positive for limited company contractors is that it seems that the £2,000 dividend allowance will remain, meaning small business owners still get the first £2,000 of dividends tax free.

Are there alternatives for increasingly taxed, but unsupported small company owners?

The rise in dividend tax rates is a blow for small business owners, made worse by the fact that they are left with little alternatives in how they extract profits from the company.

The rate of tax on dividends will still be appealing compared to tax rates paid by employees but this latest change does make you wonder which direction the government is heading in concerning small, incorporated businesses. Contractors will wait with bated breath for the Autumn Budget on October 27th to see if any further changes are in store.

This unexpected tax rise is another kick in the teeth for contractors who are already feeling the pinch from the pandemic and off-payroll working.

There is certainly some tax planning to be done given the higher rate’s commencement date is not until April 6th 2022, so make sure you speak to your accountant – they will be best placed to advise on your specific circumstances. 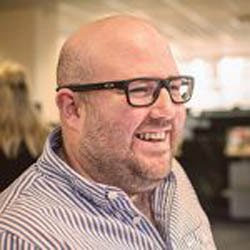 Marc first started working as an accountant in 2004 while reading Business Studies at Southampton Solent University. Since then, he’s helped individuals and small businesses manage their finances better. After spending over ten years working for one of the largest contractor accounting firms, he joined Taxevo as a Director in 2018.