HMRC late penalties: how much it costs contractors who don’t file or pay on time

Deadlines can quickly creep up on us – particularly in these strange and still uncertain times where the days seems to be flying past.

We want to share with you the potentially taxing and costly implications of being late submitting, the HMRC penalties you could incur if you are, along with the repercussions from the Revenue for inaccurate information.

All these things are important to have a grasp of when running your own contractor limited company and we’ll breakdown everything you need to, HMRC penalty-wise, as a director, writes Christian Hickmott CEO of Integro Accounting.

Firstly, consider that while you have a relatively long period of time to prepare the tax, financial and company details relating to your company, the sooner you submit these details to the relevant authority is by far the better.

With HMRC, not only will you then know where your company stands and what your profit and loss and balance sheet will look like, but you also know how much you owe in tax. Even if you don’t like the figure -- as soon as you know what it is you can start dealing with it. If you delay submitting your details until after the deadline (there is a massively important one on January 31st 2022), you are leaving your company open to late fees. And nobody likes to give money away for no reason!

Your company accounts need to be submitted annually, but when are they due and what happens if you miss the deadline?

When are they due?

If you miss the deadline for filing, you will be charged a fine which increases over time.

Currently the figures are:

What’s more, if your accounts are late two years in a row the penalty is doubled, so it’s really in your best interest to make sure that doesn’t happen.

There is currently no indication that these fees will change in 2022.

The company tax return states how much corporation tax needs to be paid for your business and, again, is paid annually. The return is normally submitted, and paid in parallel, with your Annual Accounts.

When is company tax return due?

If your company’s taxable profits are greater than £1.5 million, corporation tax will be paid in four quarterly instalments.

Currently the penalties for late payment are:

6 months late: HMRC will estimate your corporation tax bill and add a penalty of 10% to the unpaid tax

Furthermore, if your tax return is late three times running, the penalties of £100 are increased to £500 each. Once your tax return is six months late, HMRC will determine how much corporation tax they think you owe (this is called ‘tax determination’), and that is the amount you must pay.

There is currently no indication that these fees will be increased in 2022.

Depending on what HMRC website you’re looking at, this will be called ‘self-assessment tax return’ or ‘personal tax return.’ However you refer to it, this tax return needs to be submitted annually.

When is my tax return due?

Your self-assessment tax return needs to be submitted by January 31st every year. This relates to tax owed for the previous year. For example, your tax return for April 6th 2020 to  April 5th 2021 has a deadline of January 31st 2022 (which we mentioned earlier).

If you don’t meet the January 31st deadline for your self-assessment tax return, the current late filing penalties are:

It’s important to note here that the automatic penalty of £100 is applied even if you don’t owe any tax, on the very first day you are late in submitting.

What are the HMRC penalties for paying self-assessment bill late?

The penalties for late payment are:

What’s more, you will be charged 3% interest on any overdue taxes in addition to those charges until your bill is fully paid.

What is the new points-based penalty system?

In 2022, the government is looking to overhaul the system by introducing a points system rather than immediate fines.

Under the new system, you will incur a certain number of points for missing the date for filing your tax return which will make it fairer, such that only the small minority who keep missing their submissions will be penalised rather than those who make the odd error.

For a missed deadline you will receive one point. Once two points are reached regarding Annual Accounts, you will be issued with a fine. If you then meet your obligations on time, for a 24-month period, your points will be removed.

When should you start submitting information?

In an ideal world you’d submit your tax return just as soon as your tax year ends. Not only will this give you peace of mind, but it will also mean you’ll know how much you owe early on and be able to plan accordingly. And in the fortunate event that you are due a refund, you’ll get it sooner! What’s more, if you file it early, you won’t be running the risk of late penalties so, as far as we’re concerned, the earlier the better! And remember, just because you submit it early doesn’t mean you have to pay it early, so you’ve nothing to lose by being organised.

Valued Added Tax for your company is pre-dominantly submitted quarterly. And you have the benefit that if you get it wrong by submitting the wrong information, you can amend it on the next return with no HMRC penalty just as long as your declaration is under £10,000.

When does my company’s VAT need to be paid?

The penalties for paying late, particularly if you miss multiple deadlines, are becoming increasingly strict. So, make sure you don’t miss them – they usually fall on the same day which is one calendar month and seven days after the end of each VAT accounting period.

Currently, you can enter a 12-month ‘surcharge period’ if you pay late, but if you default again during this time:

However, even though you submit a late return you won’t have to pay a surcharge if:

Penalty fees for late VAT returns will also be changing to the points-based system outlined above in 2022.

This one is a little different as there are no late fees as such, however your company will get struck off the Companies House register which would mean you would need to go to court to get your company re-opened or register it again!

This in itself is costly and time-consuming and may affect your credit rating. If you fail to deliver your confirmation statement at all, the directors could be prosecuted.

When does my Confirmation Statement need to be filed?

This needs to be done every 12 months and the due date (known as the ‘confirmation date’) falls on the anniversary of when the company was formed. If you file early, the next one is due 12 months later.

Companies House charges £13 as an online filing fee for your confirmation statement (or £40 for a paper version). Most accountants may offer to submit this on your behalf, providing the directors confirm the details beforehand.

This is paid either monthly, quarterly or annually.

When does PAYE need to be paid?

The first failure to pay on time in a tax year doesn’t count as a default but following that, the following fees currently apply in a given tax year:

1 to 3 defaults: 1% applied to the amount that is late in the relevant tax month

4 to 6 defaults: 2% applied to the amount that is late in the relevant tax month

7 to 9 defaults: 3% applied to the amount that is late in the relevant tax month

10 or more defaults: 4% applied to the amount that is late in the relevant tax month

Daily interest will continue to build up until payment is made! You’ll also be charged a late payment penalty if less is paid than what is due. After six months, if payment hasn’t been made in full, an additional 5% of the amounts unpaid will be charged, and the same after 12 months. It’s important to note that these additional penalties do apply even if only one payment is late in the tax year.

Again, there is currently no indication that these fees will be increased in 2022.

What about IR35 and HMRC fees?

Although IR35 does not come with a deadline or incur penalties or late fees, if you do not declare the correct IR35 status you could be fined and asked to repay all tax owed under the correct status.

Taxing issues with your return: mistakes, and when you can’t pay

You still need to file all your returns, even if you are unable to pay. Once filed you would need to contact HMRC’s ‘Time to Pay’ helpline and they will be able to advise of the best course of action to minimise the chances of the amount you owe increasing. It might feel like a better idea to ignore the problem, but that is never going to work in your favour so always speak to HMRC and find out what can be done in terms of putting you on a payment timetable you can afford.

If you submit incorrect information through an oversite or simple confusion, make sure you contact HMRC as soon as you realise, so it can be rectified without issue.

If you fail to notify them and the misinformation comes to light, say you forgot to declare something that you should have, it may result in a HMRC penalty, penalties (plural!) or interest charged.

What happens if HMRC believes my information is incorrect?

It might not always happen immediately, but if HMRC suspects fraudulent information, they will investigate it. If there’s something you haven’t declared you will be fined or asked to repay money back – depending on the issue. So, to reiterate, if you know you’ve made an error, bring it to the attention of HMRC before they bring it to you!

The key take-away for contractors when it comes to penalties for late filing or payment is that it pays to file your returns as early as possible. This means you’ll know exactly what you’re dealing with sooner and it removes the risk of incurring fines for being late. If you’re unsure about whether you need to include something speak to your accountant who will be able to advise you and make sure you have completed everything correctly. Remember, if you use a ‘fixed fee’ accountant (us included!), you can ask as many questions as you need to without having to worry about your accountancy bill too! 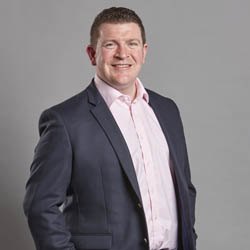 Founder and CEO of Integro Accounting, Christian Hickmott has over 20 years of accountancy and working practice knowledge. He understands the wants and needs of contractors, having lead some of the largest accountancy firms in the business before founding Integro Accounting in 2013. A brand based on integrity, trust and loyalty.