Should you make your husband or wife a shareholder of your limited company?

It’s common practice for a spouse to be added as a shareholder in a limited company particularly where there can be tax efficiencies gained, writes Greg Timson, chief accountant of inniAccounts.

While the process of adding a new shareholder to a company is straightforward, it’s not right for every married couple and there are a number of important areas to consider before transferring shares to a spouse.

The most common reason that a spouse is added as a shareholder in a limited company is to share the dividends that are issued.

Please Note: the above figures are based on 2022/23 tax year rates and thresholds.

For extra tax efficiencies, the tax-free allowance could also be utilised by paying a salary to a spouse if they are helping in the business. Any salary paid should be at ‘market rate’ and reflect the work carried out i.e. what an unconnected individual would be paid to carry out the same role.

It’s worth noting that if the spouse already has income from outside the company which utilises the basic rate tax band, such as employment income, there is unlikely to be much of a tax saving by involving them in the business as a shareholder or employee.

HMRC has specific legislation in force called Settlements Legislation. This is designed to prevent ‘income-shifting.’ In basic terms, income-shifting is giving personal income to another individual who pays tax at a lower rate.

Many years ago, there was the now-famous Arctic Systems case brought under the Settlements Legislation, which involved a husband and wife trading as a limited company of that name. The husband was working as an IT consultant through the limited company, Arctic Systems Ltd, and his wife carried out administrative work in the company.

As 50/50 shareholders, all the dividends were paid out equally between the husband (Geoff Jones) and wife (Diana Jones). However, HMRC argued there was a ‘settlement’ and that the wife’s dividends should be taxed as the husband’s.

Conditions for spousal exemption to apply

HMRC lost the case because although the court agreed there was a settlement, the spousal exemption applied. There are a few conditions that need to be met for the exemption to apply:

Although an exemption can potentially apply in your circumstances, it’s important to be aware of the rules and operate with best practice. An example of this is to ensure that the dividends paid are paid directly to the spouse’s personal bank account.

Dividend waivers and creating different share classes should also be considered carefully -- as it could be argued that these are ‘wholly a right to income’ and maybe more likely to attract HMRC attention.

There are some non-tax related practical points that should be considered before shares are transferred to a spouse.

It’s often not an easy thing to talk about, but one of the main considerations is around what would happen in the case of separation and/or divorce. To make use of the spousal exemption, as mentioned above, the shares should have full rights in terms of voting and capital distributions; they are effectively an outright gift, and you’d need to be comfortable with giving away part of your company.

As with all these not straightforward and not always easy to broach matters, it’s a good idea to get the latest information and guidance from an accountant before deciding, or even planning. Shares can be transferred to a spouse to save tax and they can help with navigating the various tax considerations, but it’s always best to decide – carefully -- based on what’s right for your own personal circumstances. 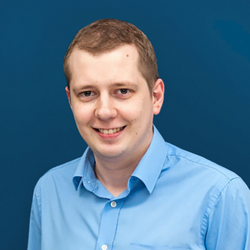 Greg Timson is the Chief Accountant at inniAccounts, which provides accountancy services to contractors, consultants and small businesses.

Greg holds both AAT and ACCA qualifications and has over 14 years' experience helping clients meet their accountancy needs throughout the financial year. He heads up the compliance and technical aspects of inniAccounts' practice and is an expert at helping contractors and consultants with complex tax matters.