A Loan Charge contractor’s overview to settling with HMRC

As supposed concessions to Loan Charge 2019 this week got the Treasury’s nod for implementation in Monday’s Finance Bill 2020, and with HMRC pressing contractors to settle, an overview to HMRC settlement in the context of ‘Disguised Remuneration’ Loans is timely, writes Nathan Ross-Sercombe, director of tax investigations at Markel Tax.

How we got here

The Loan Charge and HMRC’s Disguised Remuneration (DR) settlement opportunity are two issues with which contractors are only too familiar and neither are particularly popular among them. The Loan Charge legislation changed the landscape for contractors where loans previously made up part of their remuneration.

Although this legislation was recently reviewed by Sir Amyas Morse and his concession-style recommendations made in his report were subsequently accepted by HMRC, this has only slightly narrowed the scope of the legislation.

For those who have already reached settlement with the department, they will only be affected if their settlement included loans made before December 9th 2010 or those between December 9th 2010 and April 6th 2016 where this was disclosed to HMRC and HMRC took no action.

For those who wish to settle with the department in respect of DR, there are two options for those who qualify:

Let’s explore both in more depth.

To register your interest in the opportunity, HMRC required relevant information including the quantum of the loans received and the relevant tax years, to be provided by April 5th 2019.

HMRC are not obliged to accept any new applications to settle contactor loan arrangements. Ordinarily, we believe it would be very unlikely that an individual who did not provide HMRC with the necessary information by this date would be allowed into the settlement opportunity. However, in view of the uncertainty and unique pressures create by the current COVID-19 crisis, HMRC may welcome proactive taxpayers offering to settle historic liabilities.

Mechanics of the settlement opportunity

A settlement for an individual covers both Income Tax and National Insurance on Disguised Remuneration charged with reference to the tax years in which it was received and also an Inheritance Tax ‘exit charge’ levied on the value deemed to have left the trust structure upon settlement. In addition, there will also be late payment interest.

A company settlement includes Income Tax, National Insurance, an Inheritance Tax ‘exit charge’ and interest, but may also include an allowable expense for CT purposes and a charge on any amounts that the company is paying on behalf of the director or employee that are not being reimbursed.

Once the calculations have been checked and agreed by the individual, HMRC draws up a deed which formalises the agreement. Final settlement is achieved when this is signed by both parties.

What if I have received the calculations but not yet settled?

If you have received these calculations but have not yet settled, the settlement opportunity remains open to you.

If you have received calculations and are considering settlement, it is imperative that these are checked thoroughly, as when carrying out their calculations, HMRC may have made assumptions about the structure of the arrangements which protect their own interests. Equally, their calculations may contain mistakes which could disadvantage you.

It is important to note that while an Inheritance Tax ‘exit charge’ will have been calculated on the settlement, this will not wind-up the trust structure -- this must be achieved through a separate legal process.

HMRC also does not allow claims for tax paid on the benefit of the loan which are now out of time to reclaim. At the time of writing, this means the tax year ended April 5th 2016 and prior. In simple terms, this means that tax may end up being paid twice in respect of the same sum of money!

If I have received calculations and agreed them, do I have to settle?

If a deed of settlement with HMRC has not yet been signed, you do not have to settle. HMRC’s settlement is only an offer, and an individual may choose to end the settlement process and pay the Loan Charge if that would be the most advantageous method of settlement for them.

Why have some contractors taken the settlement opportunity?

Where our clients have settled with HMRC, the main reason for doing so was to obtain closure on the matter. This is because where a formal agreement is reached with HMRC, they could be sure of no further recourse.

Contractors who settled also expressed their fear of miscalculating the Loan Charge on their 2018/19 tax returns, leading to further unwanted dialogue with HMRC and exposure to penalties and interest. In addition, some taxpayers have benefitted from utilising their remaining basic rate band in the tax years the loans were received, whereas the loan charge rules at the time would have applied tax entirely at higher and additional rates.

How do the proposed changes now affect contractors who have settled?

Some clients were reluctant to settle as they believed that if there was a more advantageous treatment or deal in the future, they would have folded too early. However, although their predictions of a better deal came to pass, they would not have lost out.

Those clients who previously signed a deed with HMRC to settle will not be disadvantaged thanks to an instruction to HMRC to implement in legislation a refund scheme to allow clients to claim back the part of their settlement they have overpaid according to the new rules.

As set out above, for some individuals the availability of personal allowances and lower rate tax bands in earlier years may tip the scales in favour of settlement. It depends a lot on both an individuals’ historical and current income levels.

Accessing this option simply involves including the chargeable amount on your 2018/19 tax return. For those who have already submitted returns, generally those returns can be amended any time before January 31st 2021 to include the charge.

As mentioned above, before the proposed changes to the Loan Charge legislation, declaring the loan charge may not have made sense when considering the lost personal allowances and lower tax rates that would apply in the years when the loans were taken, but with the proposed changes in mind the proposition is far more attractive.

Aside from the fact that loans made prior to December 9th 2010 fall out of charge, the charge on the remaining years can be spread over three consecutive tax years. This means that any otherwise unused lower rate bands in those years may be utilised, lowering the effective rate of tax. If it is considered that a settlement with HMRC also involves a charge for Inheritance Tax and late payment interest, declaring the Loan Charge in a Self-Assessment tax return may actually be the most cost-efficient method of settlement.

For those who have considered but so far rejected paying the Loan Change, a potentially significant development came on March 19th, when David Davis MP tabled a motion to restrict the scope of the Loan Charge, by suggesting that the cut-off should be changed from April 2010 to April 2017.

Essentially, this was passed without the necessity for a vote. Although the motion was not binding, it does suggest great support for the proposed amendment to the Finance Bill and it is possible that legislation could change to reflect it. Given the current climate with a pandemic still declared, it is entirely plausible that further changes could be made to address the mood of the public, and to avoid any further delay in debating the points, especially given that several action groups opposed to the Loan Charge are continuing to apply pressure to the government.

We appreciate that many will not wish to settle with HMRC, or indeed pay the loan charge and instead hope that the Loan Charge legislation is revised further or possibly withdrawn completely. However, we believe the terms have changed significantly since this issue first arose.

While the downside to either settling or paying the loan charge is obviously the financial impact to the taxpayer, this needs to be balanced against the risk that unless the charge is cancelled altogether, HMRC will eventually try to take action against those who have decided to do neither.

It will not be clear which option is better for you until figures for both scenarios outlined above have been calculated. Even for contractors with no immediate desire to settle or pay the loan charge, it may be helpful to understand what the financial impact would be to inform your future decisions. 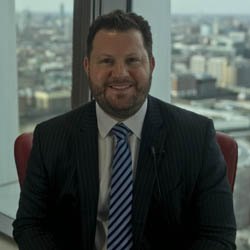 Nathan Ross-Sercombe is the Director of Tax Investigations team at Markel Tax, formerly Gabelle. Nathan began his career in tax in 2001 when he joined the former Inland Revenue, now HMRC, where he trained as an Inspector of Taxes. After 7 years with the department, he moved to the private sector and since then his experience has included 9 years at a ‘Big Four’ firm, before eventually joining Gabelle in 2018.