Contractors, be advised if taking the MVL route post-Budget 2020

With private sector IR35 shelved but not scrapped, it’s apparent that contractors will be retaining rather than rubbishing any plans about using a MVL to close their company, while of course factoring in Budget 2020’s changes to Entrepreneurs’ Relief, writes liquidation expert Keith Tully of Real Business Rescue, specialists in company administration.

As part of a Members’ Voluntary Liquidation (MVL), also known as a solvent liquidation, contractors can take advantage of the Entrepreneurs’ Relief (ER) scheme which opens the door for them to benefit from a lower rate of Capital Gains Tax at 10 per cent, over the higher rate of 20 per cent – if you qualify.

The area which was subjected to a significant cutback at the March Budget is the lifetime Entrepreneurs’ Relief allowance. It was reduced by 90 per cent, from £10 million to £1 million, affecting the bracket of very high-earning contractors.

Who is the cutback to Entrepreneurs’ Relief likely to affect?

This limited company exit route continues to be the most tax-efficient route in the majority cases, including for many PSC contractors closing shop ahead of the IR35 private sector reform from April 2021 (not 2020 as ministers originally intended).

However, contractors boasting a reserve pot close to the £1 million mark will soon feel a bite from the change as they edge closer to the lifetime limit. This could work in reverse, by actually discouraging such contractors from contributing towards their reserves, forcing them to rethink their payment structure, possibly by diverting funds towards their pension.

On the other hand, the ER cutback will leave contractors holding a smaller savings pot untouched. Unveiling the cutback at his Budget, chancellor Rishi Sunak described ER as “expensive” and “ineffective” in its current form, seeming to explain why HMT wasted no time and enforced it shortly after the Budget announcement.

Entrepreneurs’ Relief was originally established by HMRC to offer a tax incentive for entrepreneurs to arrange returns from their companies as capital, rather than income. The tax saving can be applied to directors, sole traders and also spouses and partners. If you are expecting to voluntary close shop by turning to an MVL, as a result of the incoming reformed IR35 (off-payroll) rules, you must meet pre-qualifying conditions over the two years prior to the closure of your business.

Where is a Members’ Voluntary Liquidation suitable?

A Members’ Voluntary Liquidation is a cost-efficient exit tool for a profitable business after reaching its natural end. This process allows shareholders to extract profits and swiftly depart from the business.

Yet the business must be:

The MVL process is not suitable for businesses with smaller retained profits due to the associated costs. An alternative route such as a Creditors’ Voluntary Liquidation may be appropriate for such businesses, however.

What are the associated costs of an MVL?

This process must be navigated by a licensed Insolvency Practitioner (IP), due to the complex nature of assets, strategic distribution of reserves over £25,000 and the understanding of legislative measures and guidelines around the likes of ‘money boxing’ and anti-avoidance measures.

The first cost typically incurred by limited company directors is payment for the services of the IP, who will be responsible for the management of the funds retained in the business. Additional costs you should keep in mind include the following:

This form is a notice of ‘striking-off’ to Companies House, incurring a small cost which currently stands at £10.

Additional smaller costs associated with a Members’ Voluntary Liquidation include payment for legal notices such as the Gazette advert which is an official notice of your strike-off request, opening the doors to any possible objections and informing HMRC, suppliers and clients.

In addition to these, you will require a bond to protect the handling of your funds by the insolvency practitioner. The cost for this will range from £40 to £600, depending on the amount of retained profits.

How long does the MVL process last?

Once the company strike-off has been approved, the distribution of funds can be made. The funds in question will be treated as capital rather than income, allowing you to benefit from a lower tax rate if you qualify for Entrepreneurs’ Relief.

The MVL process typically lasts six months However, the payment of funds can be instructed earlier on in the process. If you intend to take the MVL route in the future (so not imminently-- like next month, given that IR35 reform has now been delayed), you can work with a licensed insolvency practitioner to plan and instruct go-ahead at a specified time.

Where are we right now?

As the Entrepreneurs’ Relief allowance tightens, the future landscape for contractors and small businesses looks foggy, at best, due to the domino effect that the pandemic of COVID-19 is having on both the UK and global economy. As the chancellor has announced fresh measures to strap in smaller high street names and local businesses through the foreseeable bumpy ride, such as the emergency pit stop of cash for continuing commerce, more measures are expected from Mr Sunak to help businesses on the brink of the worst – unceremonious, unplanned, unaided company closure. 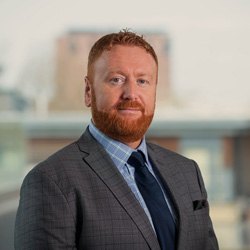 Keith Tully is a partner at Real Business Rescue, specialising in restructuring and turnaround support for businesses edging closer to insolvency, forced closure or voluntary liquidation.