Earlier this week Julie de Brito, a senior policy adviser at HM Revenue & Customs, took on a packed audience of contracting stakeholders at an event hosted by us, to outline HMRC’s plans to revisit IR35 in the public sector, writes Julia Kermode of the Freelancer and Contractor Services Association (FCSA).

Questions from the floor about the ‘workability’ of the new IR35 test (that the government promised at Budget 2016), and queries on 'creating a level playing field' met with unconvincing and uncertain responses. Nevertheless, what became clear is that from April 2017, HMRC plans on bringing in new tests along with a new digital tool so that workers in the public sector can determine whether they fall inside or outside IR35.

De Brito recapped on the figures being bandied about by HMRC which suggest that the current system of non-compliance will cost the Treasury some £400 million in 2016/2017. And the room also heard from her that only about 10% of those PSC workers who should apply the rules, do apply the rules. Put another way, HMRC thinks PSCs’ non-compliance with IR35 is soaring at a rate of 90%.

But De Brito was eager to point out that HMRC is keen to engage with stakeholders and the contracting industry in the development of any new test and new digital tool, bound to be the subject of the promised consultation which ContractorUK understands will open in early May at the latest.

Though expectations are being managed already, as De Brito said: “We are not going to build something that covers everyone and there will be cases at the margin, but if we can build what we want to, it will cover a majority and that is the best we can hope for.”

As mentioned, the government will be running a consultation document over the summer and draft legislation will follow with the resulting regulations coming into force from April 2017.

The backdrop will be that HMRC believes that the government has been forced to revisit the issue in the public sector because the current rules (updated as recently as last year) are not working. Told this, the audience became more vocal and quickly pointed out that the supposed ‘fix’ – the new legislation - will see contractors being put on the payroll and taxed at a higher rate when they shouldn’t be.

Yet De Brito seemed confident that the test and tool will provide enough reassurance for end-users and hirers within the public sector to know who should be put on the payroll and, crucially she assured, who shouldn’t. She was also adamant that this latest plan ‘does not fundamentally change whether a worker is within the scope of the intermediaries legislation – just how the tax is collected and does not require the worker to be made an employee’.

Listening to this and in attendance on the day was John Chaplin, an executive director of Ernst & Young. He rounded up the seminar by intimating that HMRC is using the public sector as “guinea pigs.” He let on that he cannot see how the government would be able to justify a worker paying tax at a different rate to another worker, particularly if that worker carried out the same role for a public sector body as he or she did for a private company. It follows that if HMRC believes the new test and tool is working for them, Chaplin said, they will eventually impose it upon the private sector.

Overall, it’s a ‘wait-and-watch’ scenario and a very muddy picture right now.  As more than just seminar hosts, we will certainly be leading from the front on the summer consultation to play our part and vocalise our members’ thoughts on this latest plot from HMRC.

The author, Julia Kermode, is the chief executive of the FCSA, an independent trade body that is committed to setting standards for umbrella employers and contractor accountancy providers. 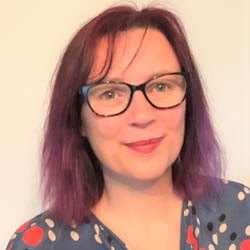 The non-believers of a ‘worthwhile’ IR35 review are numerous, but gaining ground are those already itemising fixes for the ‘restrictive’ off-payroll rules.

Jenner & Co is prepping a report on whether HMRC’s IR35 tool is fit for purpose. Your contribution is wanted.

Off-payroll advisers urge limited company workers to take heed of the terms, because courts are shining a light on what’s stated in the written agreement.

A very different starting 11 (with no substitution to boot) is handed to the soccer pundit, to explain why HMRC rightly blew the whistle on his status.