We’ve said it before but it’s worth repeating -- adequate preparation is essential for commercial organisations planning to engage with tech contractors as the UK edges closer towards the introduction of IR35 reforms in the private sector, based on the public sector IR35 reforms of April 2017, writes James Milligan, director of Hays Digital Technology.

Now that the consultation to implement the proposed changes to off-payroll working in the private sector has closed, and the government is ‘analysing feedback,’ affected organisations need to have nothing less than full visibility of the Personal Service Company contractors that they engage; how these PSCs are paid and how their tax status will change, as the reformed rules will be biting in a little over 290 days’ time.

The gulf between what's needed on IR35 reform and what's happening (cont.)

But so far, only 18% of commercial organisations that engage with contractors have started preparing for the changes. Alarmingly, just under a third (32%) have not started preparations, and exactly half are unsure whether their organisation has -- or hasn’t.

Despite this, and also according to our Technology Contractor Day Rate Guide 2019, 42% of organisations that engage with tech contractors describe themselves as “concerned” by the reforms. Potentially worse still, almost a fifth (17%) admitted to us that they are completely unaware about the upcoming changes. You can see why warnings to prepare bear repeating.

Lessons can be learnt, and are being learnt

The relief if you’re among that 17% or if your client seems to be; is that apprehension around the reforms can be lessened by preparing -- of course, but more crucially perhaps and to begin that preparation; by reflecting on the lessons to learn from the public sector.

Remember, and based on what our staffing company has witnessed since the April 2017 reforms to IR35, the failure of organisations to comply can leave them open to:

Non-compliance will also reduce the potential for the offending organisation to tap into future talent – digital contractors, specialists and niche experts primarily. The result? The commercial operation will struggle to keep up with constantly changing technologies.

What your client SHOULD be doing (excludes blanketing)

We’re not the only type of business who was affected by the April 2017 off-payroll reforms. A number of our clients in the public sector took a ‘blanket approach’ to managing the changes, which impacted their ability to access the skills they required to deliver projects and meet business objectives. While many quickly changed their position to access the talent they required, taking this approach caused some contractors to look for alternative projects.

Encouragingly, there are many organisations in the private sector which recognise that such a blanket approach is not adequate to manage the changes in the Intermediaries legislation from April 2020. And so they have begun to make more considered plans. Larger organisations which use the most contractors seem to be the better-prepared, seemingly because they appreciate the significant bearing that these reforms could have on the successful delivery of their business objectives.

An initial step for any affected private sector organisation which engages with PSC contractors is to allocate resources to implement the legislation. Do this by firstly identifying any specialist needs the organisation may have to meet business objectives and, secondly, by identifying who will enforce the changes, and at what time.

Next, organisations should carefully consider the communication of any changes, in the interests of anxious contractors and to preserve important business-to-business relationships. A successful communications framework will ensure contractors and other affected parties are aware of any revisions to ‘business as usual’ operations well before they are made.

The impacts on contractors

As to what contractors should do, we recommend getting the most out of your agency especially when moving to a new contract or workplace. Get your recruiter’s opinion on how the legislation is being implemented in your new working environment, and get them to explain how the reforms are being managed. Naturally, we suggest you seek a well-established recruiter with experience in this area.

Last month, ContractorUK reported on strategies it uncovered at HSBC to be incoming to manage the incoming IR35 reforms, notably from September 2019. Well, we haven’t received overt communication from our customers that they are committing to a specific amount of renewals. Instead, we see that most private organisations remain in the process of considering how they are going to approach the reforms.

And the starting point for coming up with such a strategy is to look at the public sector IR35 experience, as organisations are already fortunately realising. Indeed, and no doubt informed by what’s happened since April 2017 at contractors’ engagers who are taxpayer-funded, rate increases may form part of that strategy consideration. Yet if organisations are managing the thrust of the incoming legislation appropriately, they will only raise rates for those contractors ‘in scope,’ eliminating cost solutions for non-scope contractors. Standing back from it all, it’s rather reassuring that the lessons of public sector IR35 reform are being learnt – at least by engagers. 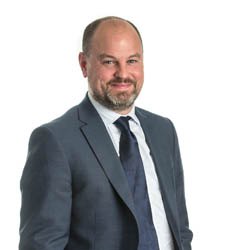