HSBC, M&G and Morgan Stanley are first to put contractors at a crossroads

No doubt inspired by new IR35 legislation from next April, some of the big banks are signalling the end of ongoing relationships with limited company contractors. It begs the question, writes Dean Durrant, managing consultant at HRC Recruitment, is the end nigh for day-rate contract work?

One financial business in particular is understood to have told all departments that, as of September this year, contract workers must choose between becoming full-time employees or having their contracts terminated. The only exception is for those select contractors on a ‘keep list’ who can stay on, provided they work through a third-party company.

With ContractorUK reporting yesterday that this style of policy has burst the borders of banking and now seeped into the nearby investment sector, it seems reasonable to expect these new working ‘options’ for contractors – ‘ultimatums’ many are calling them, are a sign of things to come.

Under the new approaches being taken, which recruiters like us are contractually bound to play an important part in, it is quite conceivable that day-rate contracting -- as we’ve known it for many decades -- will come to an end. This will be the unfortunate case at large organisations in the private sector at least, but fortunately so-called ‘small companies’ are exempt from the 2020 proposals.

We can make this gloomy forecast about the death of day rate contracting because while the particulars of the new IR35 legislation from next April are still to be fully ironed out, the models of ceasing and desisting the hiring of limited company contractors are being put in place in at least three contractor-dependent corporations today -- right now. So unless next month's Finance Bill contains a massive U-turn, or the sought-after delay to the 2020 IR35 reforms -- perhaps due to Brexit or our new prime ministership, the contractor industry should anticipate that these now in-force IR35 working models will significantly affect contract work between now and 2020. And from April – in earnest.

The biggest change will almost certainly be in who goes on to deliver work that previously would have been performed by contractors. Third-party agencies and consultancies stand to play a significant role in that respect. In fact, they are already beginning to move into the areas where day-rate contract workers would have typically filled roles.

Consulting firms, in particular, are taking advantage of the opportunity presented by IR35 being overhauled.These firms are setting up to fill the gaps by offering ‘solutions’ for headcount, and delivering large pieces of project work by using ‘special pools’ of new employees to do the jobs of yesterday’s contractors. Many of the larger consultancies are likely to have provided management consulting previously, so these existing relationships mean the move might not be as complex as envisaged. As a result, in such areas, we have seen a spike in hiring.

There’s also been a noticeable difference in enquiries we have received, particularly from contractors looking for work.The availability of contract, freelance and temporary opportunities has dipped significantly, so whereas once upon a time perhaps 10 new non-permanent roles were streaming through to us each week, this has reduced to only a drip -- one or two. Conversely, the permanent employment market is buoyant as the consultancies ramp up their plans to take on more project delivery work.

However, these consultancies inevitably face challenges from a people perspective. Contractors come with an entirely different set of expectations to employees who have been in permanent roles for their whole careers. Recruiters and hiring managers need to take that into account, considering the salary expectations of contractors and, although unlikely in the immediate future, what could change if the contract market picks up again.

This also potentially presents thousands of contractors across the UK with a big career decision to make.They need to decide whether to become a permanent employee at a large company and accept the pay and conditions that come with it (those conditions might include staying a PSC but working ‘inside IR35’). Or contractors, do you hold out for a similar contract role further down the line, in potentially less choppy waters? The latter could end up being a long waiting-game, but the former could have significant financial consequences – contractors have traditionally tended to command significantly higher remuneration than their salaried counterparts.

Despite the imminent changes facing contract work, the opportunities for top technologists and other skilled professionals from other fields who want to work flexibly will, of course, still exist. Indeed, the changes have the potential to create a more level playing field for workers across many industries. Workers who have typically been exposed to the risks associated with freelance, independent contract work might now have the opportunity to benefit from the conditions and security of a permanent position.

While it should be recognised that one person’s opportunity can often be another person’s impediment, contractors now more than ever need to evaluate their options and decide which direction to take before April 2020. There’s a crossroads here that must be looked at -- both ways before crossing; but either way you look, it looks like it must be crossed. 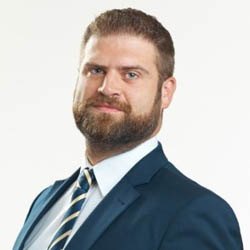 Dean is a specialist business change recruiter, focused on mid, senior and exec level contract and permanent roles across the central belt of Scotland. He currently manages the business change, IT & financial services teams at HRC recruitment.

An ‘LLP’ to bypass IR35? Try, but you risk ‘Likely Long-term Problems’ with HMRC

The new kid on the shady block is thanking their lucky stars. But it’s users who will end up far from fortunate.