If one clear message could be taken from the Public Accounts Committee’s new report into the government’s Help to Buy initiative, it is most prominently that it has not helped to make homes in the UK more affordable, writes Simon Butler, associate director at CMME.

The PAC report mirrors similar conclusions raised from a separate report by the National Audit Office, published in June this year, affirming that the scheme had stimulated activity in the housing market, but had predominantly been utilised by buyers that were financially self-sufficient and not in need of the funding to aid with their purchase.

Help to Buy: the small print

When first introduced in 2013, the Help to Buy scheme had been designed to support an ailing housing market, by assisting new home buyers to gain a foot on the property ladder. While it appeared to be designed by the government to support first-time buyers, shut out of the market due to inflated property prices, the scheme immediately provided the opportunity for all types of buyers to access the fund. Arguably, the only clause added to prevent wide-scale scheme abuse was the stipulation that a Help to Buy borrower could not currently own another property in the UK.

But that clause did not prevent home-movers selling up and applying for finance backed by the scheme, and it’s apparent that the core concern both reports have raised is that, “the scheme has, however, only benefitted one section of society—those that are in a position to buy their own home in the first place.”

Home-buyers from the capital would likely agree that access to the increased 40% equity offered under Help to Buy (HtB) opened doors that would otherwise have been closed. Arguably, this approach has its merits, as the lack of restrictions implemented by the government to prevent buyers taking the loan as a stopgap to supplement savings has benefited borrowers.

The problem for the government is that, as the PAC report notes, 50% of buyers that took the funding during the first year have repaid the funds already, mitigating any interest charges that would have generated income.

And the National Audit’s report states that while 60% of HtB users didn’t need the scheme to buy their home, many chose to access the fund to buy a larger property or to move faster than they may have originally planned to do so (although this was not confined to London.) It specified that 31% of all buyers could have purchased their new homes without the HtB scheme, so a much smaller amount than the PAC report suggests.

Perhaps more concerning for the government than these findings is that the gradual year-on-year increase in property values has begun to stall. The latest UK House Price Index data (released in August) confirms that there has been an average (and quite miniscule) 0.7% increase in values across property types in the UK for 2019.

Given that many Help to Buy developments focused on the building of flats, it is worth noting that the data confirms most of these properties are now selling at --2.7% of their predicted value. The gamble on equity increasing sufficiently to pay back the HtB funds may become an issue for the government if this trend continues.

But contractors, what all this says about future housing initiatives from the government is anyone’s guess. The chancellor, Sajid Javid, may decide to use autumn Budget 2019 – still rumoured for delivery this month -- to cancel the scheme earlier than the 2023 expiry date. The problem for Mr Javid and the government is that even after the current expiry date, the government would be tied to financially-supporting housebuilders for several years to phase out the sector’s reliance on the scheme. Nonetheless the findings of the PAC and NAO reports, coupled with the ever-increasing HtB balance sheet, may provide enough justification to close the scheme down, meaning that relying on it as contractor may not be as safe as houses.

Almost regardless of whether the government closes HtB earlier than planned, the report does identify the need for further innovations to be presented by the Department of Housing. The Conservatives’ pledge to build 300,000 homes per year by 2021 is starting to look like a distant dream at this stage, especially when noting that 211,000 loans have been supported by Help to Buy. The scheme wasn’t created to completely meet that target, but the volume of completed purchases doesn’t add enough weight to the argument it will be possible. It’s now up to the government to begin drawing up plans to find a way to meet that pledge. And that’s something contractors looking to get their foot onto the housing ladder, or up it even, will no doubt welcome. 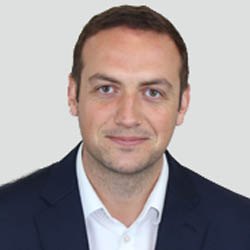 Simon Butler has worked in the mortgage sector for 15 years’ and joined CMME in 2012 as a mortgage broker. In 2016 he moved into the position of Associate Director and now manages the mortgage division of the company.