Is the end nigh for contractors’ prized Entrepreneurs’ Relief?

It’s correct for contractors to consider the technicalities of when Entrepreneurs’ Relief applies, but perhaps we should all step back a bit because very soon, it might not apply at all as ER may no longer be with us, writes Leila Ghazzali, tax manager at WTT Consulting.

The prospect of no more Entrepreneurs’ Relief (ER) has come about thanks to former permanent secretary of HMRC, Sir Edward Troup. He has called on the government to outright scrap ER, which is the relief available that reduces the Capital Gains tax rate to 10% for those that qualify when disposing of a company.

Troup’s opposition to those who claim for ER follows a report by the Institute for Fiscal Studies which indicates that ER costs the government a hefty £2.4billion a year. And, the IFS says begrudgingly, “lower rates of tax on business income produce large benefits that disproportionately accrue to the rich”. In short, the charge against ER is that the tax break does not achieve what it set out to do.

Sir Edward, previously a special adviser to Kenneth Clarke when he was chancellor of the exchequer, and a former director-general of HM Treasury, argues that ER has “minimal impact on encouraging entrepreneurship in the UK”. In a Guardian article earlier this month, he said ‘whichever party wins the general election on December 12th should abolish the entrepreneurs’ relief.’

Another reason for contractors to be braced for the Budget

While it could be suggested that as Sir Edward is no longer a public sector adviser, the words carry less weight, it cannot be ignored that someone who has sat at the very heart of the machinery of government is expressing such opinions. And certainly it must be assumed that such opinions are heard and indeed listened to in the higher reaches of the civil service. It is therefore a very real possibility that the next Budget – whenever that might be -- will introduce a policy that will remove or amend ER. Or as Sir Edward has put it, ‘immediately ramps down the relief.’

Should his stance against ER be looked upon favourably, a number of options are available to a new government, which will of course have election promises to fund.

The government could tighten up the rules around those that qualify for the relief, for example, ensuring that fewer people are eligible. Perhaps it could increase the length of time the asset must be held. Or, might it change the ownership thresholds? We would urge caution here, because the ER rules have become increasingly complicated over the last few years,  so either option may not be desirable in a world where people require – deserve -- tax certainty.

The post-December 12th government could abolish Entrepreneurs’ Relief completely and subject such disposals to the normal rates of capital gains which are already a generous 20%, compared with the 40% income tax percentage for higher rate taxpayers.

Varying the ER tax rate is also an option as even a two per cent or three per cent rise will have a significant impact on the tax paid by entrepreneurs on disposal, and on the Treasury’s coffers.

Another (currently valuable) piece of the contracting jigsaw

Whatever the settled upon particulars of ER, assuming it survives in some form under the new government, the tax break is yet another piece of the jigsaw for those getting ready for contracting life post-April 5th 2020, when the new IR35 legislation takes effect.

These reforms to the off-payroll rules in the private sector are already compelling contractors and even end-clients to change their working practices. For those who are currently working by way of a PSC, if everything remains on course, the end-client will need to determine whether your assignment is inside or outside IR35 prior to the changes taking effect (on April 6th 2020), which carries a lot of risk. Anecdotally, contractors are therefore increasingly looking at going into full time employment, working through an umbrella or moving to PAYE as the end-client’s employee or on their agency’s payroll.

Should limited companies no longer be required, for contractors as a whole or for you individually, due to private sector IR35 reform, then the next step is the closing down of the PSC. With the impending risk of Entrepreneurs’ Relief being abolished, considerations around closing down your company should be envisioned – clearly – by you. And probably sooner, rather than later.

Chiefly, those considerations from a financial perspective are as follows. If you have ‘cash’ in the company of more than £25,000, then the closing down of your company by way of Members Voluntary Liquidation (MVL) allows you to extract the assets as capital rather than income and therefore be subject to Capital Gains Tax, rather than the higher income tax. Depending on whether or not the relevant requirements are met, of course. In some instances, ER will be available, serving to reduce your liability significantly.

At the time of writing, ER is available to individuals who realise qualifying gains and it applies a CGT rate of 10% rather than 20%, up to the lifetime limit (which is £10 million).

So Entrepreneurs’ Relief can clearly be a sensible relief for planning your affairs. But ER is complex and failure to prepare – unaided -- can substantially damage your position. Did you know, for example, that the liquidation from start to finish can (traditionally) take as long as six months? With the possible changes on the horizon, partly thanks to Sir Edward’s interventions, we urge those considering this to take steps to explore further, now.

Lastly, strongly consider taking those steps guided by a specialist in this area; not an adviser found on your local high street. As specialists in this field, we recommend nothing less than a full review of your circumstances to decide if a claim for ER is likely to succeed – and that reviewer should then manage the entire process of liquidating your PSC. 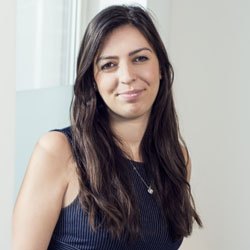