What contractors should ask recruitment agencies about IR35 reform

Back in mid-November, we were a bit down to have to report that as many as one third of contractors had spoken with their agency only “once or twice” about private sector IR35 reform.

This is a big change and we’ve done our utmost, albeit as single staffing business, to speak up about the April 2020 changes to try to get on the front foot, so it was disappointing that many other agencies clearly hadn’t done the same, writes Colin Morley, director of Harvey Nash.

There’s some reassurance, then, in the shape of a new survey (from tax advisory WTT Consulting), showing that while 49% of contractors still have not been spoken to by their recruiter about the IR35 changes, a majority say this conversation is going to happen “soon.”

That’s all well and good, but what are contractors meant to say, or ask about IR35-led changes? What are the questions that limited company contractors should pose to their agency about the new off-payroll rules, and their impact on the engagement or contract?

In order of the asking, here’s four we think workers with Personal Service Companies at mid-sized or large companies cannot afford not to pose when there’s an agency, acting as the ‘fee-payer’, in the chain:

1. What is the client’s determination process going to be?

Or in other words, we recommend your first question to your agent is, how is the client going to test my IR35 status? This really is your first query to raise because it’s the most central, divisive plank of the reform – the end-user deciding status, not you the PSC. You want to ‘bite the head of the frog.’

In the agent’s answer, you ideally want to hear what tools or mechanisms the client is going to use – the method of testing. Might it be CEST? Or you’ll hear the name of a third-party; a status review company perhaps, or possibly an accountancy firm (some have IR35 status-testing services), who is going to be brought in by your client, to determine your status. It’s important to understand the means of status assessment to give you an initial understanding of how you’re going to be assessed, in practical terms.

2. If I’m decided as inside IR35, what is the client going to do about rates of pay?

Money, cost, the impact on your take-home pay -- the elephant in the room. This is a critical question for you to ask, so you’re getting it in early. You want to know from the agent whether the engager is going to be deducting, or asking the agency to deduct, Tax, National Insurance and the Apprenticeship Levy, at source. Or, will the client be looking to increase your headline rate, to make sure that your net pay stays safe?

Let’s now review. Question one to your agent is, ‘What’s the process?’ You need to understand that first and foremost. Secondly, though, ‘If I’m determined as inside IR35, what about rates and do I take care of the tax requirements or not?’

3. What changes are going to be made to my contract, and when?

Despite the actions of some engagers whose reactions to IR35 reform have been reported on ContractorUK, limited company contracts can be extended past April 2020. We don’t know what the reform looks like as a piece of legislation entirely, or as a finished article, so contractual wording where contractors are going to be retained is difficult to specify. Nonetheless, we still recommend you ask, ‘What happens to my contract after IR35 reform is introduced; what will it say?’

With your agent’s answer, you might find out whether the agency, on the engager’s behalf, is going to talk to you and other PSCs nearer the time of the contract being revised to reflect the in-force changes. You could then ask, ‘When are the contractual changes due; at what stage?’

And let’s not forget the work you’ve done in the run-up to reform, so consider asking ‘What is the payment schedule associated with the ‘old’ pre-April contracts?’ Because you need to be paid for work you did prior to April, obviously. That payment (for pre-April work) needs to hit your company’s bank account before the April 6th commencement date.

4. If I become permanent with the client, what’s the risk of retrospective claims from HMRC?

Moving from being a contractor outside IR35 to being a permanent employee of the client is a transition that is happening, or will be happening, due to the reform. However, experts on IR35 have called HMRC’s assurance that it won’t be launching historical enquiries ‘woolly’.

You really want the client or the agency to signal that they are seeking advice on their own situation, which will likely extend to them exploring the instance of a historical tax inquiry. You too might want to consider external advice if you’ll be moving from outside IR35 to inside IR35 on or around the April 6th commencement date. But back to you with the agent, however, you might want to ask ‘Could they (the agency or the client), be leaving themselves open to unexpected HMRC demands?/’

There are lots of other ‘Off-Payroll 2020’ questions you could ask. If your agent themselves doesn’t know the answers, request that they go and find out and report back to you once they do know. So what about IR35 insurance? What assurance is behind the client’s determination if, for example, the determination from the external status reviewer is ‘outside IR35’? Is the client accepting of your own contract review? Are alternative models of engagement available? For example, what about Statement of Works?

So in this piece, we’ve given your four fundamental questions, plenty of sub-questions related to those four and, in this final section, even more questions, all of which you can ask your agency about off-payroll working in the private sector from April 6th 2020. When your agency approaches you for THE conversation “soon,” you’ve now got no excuses, so get asking. Those agencies who are on that front foot, will appreciate the like-mindedness. 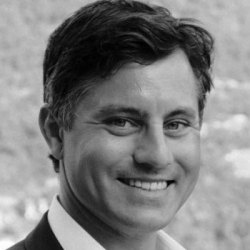 Colin Morley is a Director at Harvey Nash Plc. Harvey Nash Recruitment Solutions, providing a full spectrum of workforce solutions to our clients, from managing contingent workers to managing entire project and programmes across the UK, Europe, America and Asia.

Four reasons why contractors should self-assess sooner rather than later

Even seasoned PSCs can’t afford to chance it this tax return season.

A better than expected Morse Review, for you and us, is why battleplans are being drawn up, by them.

The middle ground is more palatable for the unaffected, but it doesn’t bring finality.

Before you log off for Christmas contractors, are your company accounts sorted for Dec 31st?

Just what you’ve always wanted: the gift of an excuse to escape the in-laws over the festivities and file in solitude.

Risk is calling almost all the shots being fired at ‘Ltd’ suppliers. The government ought now to listen.

From HMRC defeats to knee-jerk banks, 2019 was eventful for contractors. But 2020 is set to be huge.