As I told the 2019 Finance Bill Sub-Committee this week, it is unlikely that the April 6th off-payroll framework can be implemented effectively, even if we get clarity on Budget day March 11th, because this anti-avoidance legislation is deliberately drafted to catch as many ways around it as possible, writes Jason Piper, head of tax and business law at the Association of Chartered Certified Accountants (ACCA).

More positively, it was clear that the committee has a genuine and well-founded interest in the area, and it brings to bear experience from the not unrelated Loan Charge inquiry.

With this IR35 reform inquiry, both us expert-witnesses and the committee itself are looking at longstanding issues here, and resolution will call for fundamental reform which will always be challenging to implement. And it cannot be rushed.

The interaction of IR35 tax provisions with employment rights has always been a complicating factor in proposals for reform, and as noted on Monday afternoon, the shifting of the burden onto large business end-users adds the complication of corporate reporting burdens, M&A activity implications and the like.

If this were simple, it would not have remained a problem for over 20 years.

Meanwhile, HMRC’s focus, rightly, is on tax, and yet businesses focus on risk and reward in a wider context. Tax changes will influence business behaviour with wider social and economic implications; policy-makers should not allow the focus on tax to displace their wider role in fostering conditions for a robust, sustainable and responsive economy.

So in practice, if these rules cannot be delayed or reformed then the softest of soft landings, allied to a properly resourced and supported education campaign from HMRC, would be most likely to mitigate the impacts on business.

We know HMRC are themselves under resourcing pressures, and so we repeat our long-standing calls for appropriate funding for the tax authority. But it is vital that the Revenue allocates resource to the compliant majority, who will bear the burden of these rules.

Shifting responsibility for a broad spectrum anti avoidance analysis from HMRC -- who can rely on care and management powers to do nothing where that is the right course of action, onto private sector actors -- who must collect, analyse and retain evidence to support their decision to do nothing where that is appropriate, creates a new regulatory burden which should be assessed. And it should be assessed in the light of wider government positions on red tape burden and fostering productivity.

This assessment should not be rushed. As if to prove my point, some of the concerns at the Lords inquiry around haste of introduction were mirrored online the other day by Professor of Taxation Law Judith Freedman and Blick Rothenberg’s Heather Self, when both were reminiscing on the original introduction of IR35, and the reasons for the test ending up the way it did. So remedying the “sickly child” (in the words of ICAS’s Justine Riccomini), isn’t something that can be rushed, if we really do want to find a cure -- once and for all. 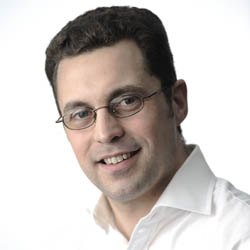 Jason is head of tax and business law in the Professional Insights team at ACCA, the global body for professional accountants.  His policy and research interests cover all aspects of business form and their regulation, alongside their interaction with tax systems and the wider economic environment. He has represented ACCA at the HMRC IR35 Forum since 2011.

Taxing off-payroll rules just as the economy fires up? Believe it or not, the timing could hardly be better.