Tomorrow, Wednesday March 11th, the government is finally set to reveal the details of its already-delayed Budget -- Rishi Sunak’s first as chancellor, and the first in 18 months for the government, which is a new record for the UK.

A huge Budget for contractors?

Depending on how Mr Sunak plays this (given that he’s been in the post for less than a month), the financial implications of Budget 2020 for limited company contractors could be huge, writes Victoria Kelly, director of operations at Nixon Williams.

That’s mainly because of the off-payroll reforms scheduled for April 6th, and anticipated reform to Entrepreneurs’ Relief. These two alone will likely form a large, if not significant part of the chancellor’s statement in terms of its impact on contractor take-home pay.

But is there anything further contractors should be expecting from tomorrow’s Budget? And are there likely to be any major surprises, even to the two reform measures widely expected ?

The reforms to IR35 are due to be rolled out across the private sector in less than four weeks, so contractors shouldn’t expect too much of a surprise in this area from the Budget.

Despite the ongoing industry protests and pleas from contractors to reconsider the reforms, a U-turn at this point is extremely unlikely. A recent statement from the government announced that there will be a ‘soft landing’ and it has been confirmed that there won’t be penalties for non-compliance where genuine mistakes are made.

The government’s stance on IR35 has been clear from the outset and they have moved very little from that position, so we are not expecting any major changes -- or promises of more reviews. While the House of Lords inquiry into IR35 remains ongoing, the government has ruled out any further delays to its implementation and the chances of any change to the commencement date seems slim.

Therefore, contractors and their clients must be prepared for the imminent legislation and should have already begun making the necessary arrangements. Unfortunately, this isn’t always the case and, in a poll taken at a recent webinar from HMRC, 50% of businesses in attendance stated that they have yet to start preparations. This is leaving it very late to make adequate preparations.

In theory, for those contractors currently considered to be operating ‘outside IR35,’ there shouldn’t be any changes to their IR35 status post-April. However, this is not always the case in reality, often due to how individual engagers are responding to the incoming legislation.

It has been widely reported that, even before Mr Sunak came along, the government was keen to make changes to Entrepreneurs’ Relief. At present, the rule allows business owners to wind up or sell their business and extract the remaining capital at a reduced rate of capital gains tax, which is currently 10% up to a lifetime allowance of £10million, subject to certain criteria.

It was strongly rumoured that former chancellor, Sajid Javid, was planning significant changes to the tax break in his Budget (which was cancelled). Fast-forward to today however, and it would be an extremely bold move for newcomer Mr Sunak to scrap the relief completely. Nevertheless, we believe it is highly likely that Entrepreneurs’ Relief will be a key part of Budget 2020, probably recalibrated in some way to provide more money for other government services.

Entrepreneurs’ Relief (ER) has come under fire in recent months, with many perceiving it to be a benefit that only supports the wealthy. Yet with the potential ramifications of the IR35 reform rollout, there’s a strong chance some contractors will close their limited companies and move to umbrella firms. Where this is the case, contractors would be able to benefit from ER -- a tax-efficient way of liquidating their business and extracting the remaining funds.

So in light of this, we expect to see changes to Entrepreneurs’ Relief, yet we predict it will not be scrapped outright, particularly at such a crucial time for PSC contractors. It will also be interesting to see when any proposed reform would be scheduled to come into force.

Another potential change that contractors ought to keep a close eye on at Budget 2020 could be around pensions tax relief. The current system offers tax relief on the amount of any contribution. If you are a higher-rate taxpayer, this is particularly attractive.

Under changes proposed by the previous chancellor, Mr Javid, tax relief would have been limited to the basic rate of tax, meaning higher-rate taxpayers faced being disadvantaged.

However, Mr Sunak has explicitly ruled out any changes. Any last-minute U-turns regarding this would be unpopular, and it would appear unlikely that the new chancellor will go back on this commitment, so early into his tenure.

Given the relatively low number of self-employed workers currently putting money into a pension (the Federation of Small Businesses recently estimated it to be less than one third), it’s important that mechanisms encouraging contractors to put money away for later life are carefully considered. And consulted upon before any changes are made.

It’s a real time of uncertainty for many limited company workers. But the 2020 Budget should help to answer many pressing questions and hopefully, even shed some light on the future of the industry, particularly around IR35 implementation and how best to continue operating as a self-employed contractor. 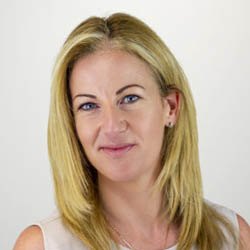 Victoria is the Operations Director at Nixon Williams, a Fellow Member of the Association of Chartered Accountants and has worked in the industry for almost 20 years.

A sea change is here. Alongside a taxman who’ll keep chasing and schemes that’ll keep targeting. But hold on to your old ways -- and you’ll struggle.

Dear chancellor, rescue (or at least reply to) the swathes of limited company directors forgotten amid covid-19

Rishi Sunak, the clock is ticking to stop the mass closure of small incorporated business. Only you can provide the vital economic aid they need to survive.

Getting back to work is the goal of most (even the government’s). This scheme looks like a punt that misses.

IR35: Contractors, are you working via the quietly tweaked term, ‘company intermediary?’

Consistency was one of IR35 reform’s silver linings. But without many noticing, it’s now been removed.

As the six-month countdown to IR35 reform nears, is UK contracting ready?

In my nearly two decades in the contractor industry, moments don’t get much more significant than this, says Qdos boss Seb Maley.

Contractors, why use a recruitment agency that accepts incorrect IR35 status decisions?

Like some HR teams and clients, not all agents push back on off-payroll negligence. Seems PSCs have a choice to make.