The latest date which CJRS contractors were told to watch has come and gone with little fanfare.

But there are markings in the calendar other than June 12th that furlough scheme users need to beware of, partly as some of them represent financial pinch points, writes Patrick Gribben, director of client services at Intouch Accounting.

The Coronavirus Job Retention Scheme, in its current form, will run until June 30th 2020 (two weeks yesterday), with the 'flexible furlough' version of the scheme being phased in from July 1st 2020.

The key dates for the current changes are below. I say ‘current’ because the scheme has had many (many) updates and iterations – and the following dates for your diary are based on chancellor Rishi Sunak’s May 29th update.

What does flexible furloughing mean for PSC contractors?

It could be argued that the ability to place an employee on furloughed status for part of their contractual working week has little value for contractors.  It is the contractor’s own company that will foot the bill while they are furloughed. But if they’re working and not furloughed, then contractors are generating profit for their business – although such activity means they would not be eligible to make a claim under the CJRS.

This flexibility would though, be of use to contractors if end-hirers engage them on a part-time basis while the economy restarts. That would potentially be a way for businesses to control their costs while restarting projects important to delivering services and innovation while consumer demand remains low in the period following the easing of lockdown across the UK.

Now’s the time to leave the CJRS alone

Given that any economic recovery is likely to take several years and that businesses thrive when they are able to access the resource they need, when they need it (and crucially not when they don’t), it would seem sensible for the government and HMRC to now leave the CJRS alone, and instead take a closer look at private sector IR35 reform.

Specifically, they should examine the findings on IR35 from the House of Lords and objectively consider whether the proposed changes to the IR35 rules (applicable already to off-payroll workers in the public sector) are likely to encourage business investment in the UK and generate additional tax revenue or, as some assert, force businesses to base project delivery overseas and add to the number of jobless contractors.

With IR35 reform as well, some contractors may simply throw in the towel

With the CJRS in particular though, the scaling back of the support paid for by the government will place a disproportionate burden on contractors whose resources have run dry, due to either projects being cancelled because of the covid-19 pandemic or the then-imminent roll out of IR35 reform. The combination of a less appealing furlough scheme and a more burdensome off-payroll framework may mean that some PSC owners will be forced to decide whether to throw in the towel on contracting and join the growing number of people looking for work, just as our economy shrinks. 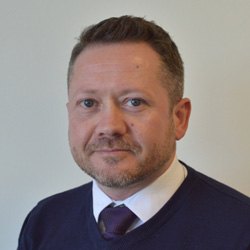 Patrick has worked with Intouch Accounting since 2015 and has headed up their contractor accounting operations as Head of Client Services since 2018. Patrick has spent much of his working life providing advice and support to individual taxpayers and SMEs.

Work from home from Monday 'if you can,' contractors told

Boris Johnson widens Omicron restrictions to include a policy many contractor sector businesses are operating already.

‘Work from Home’ not included in new Omicron restrictions for England

Prime minister lambasted by a former fund manager for an ‘ambiguous’ WFH stance.

‘Fractured’ situation hits agency temps, as tribunals are left to sort out who is owed what and who was a ‘worker’ when.

The sheer weight of CJRS interventions could be seized upon to keep denying directors help, fears Forgotten Ltd.

Contractors to rate the government on supporting limited companies during covid

The Guardian asks to hear from the excluded; The Times ‘misses the elephant in the room’ and The Sun is seen as a warning.