Why the Anywhere Jobs report is worth a read, but not a sleepless night

Assuming ContractorUK readers can set aside their political leanings towards or away from the founder of a new report by the Tony Blair Institute, they will find that its ‘Anywhere Jobs: Reshaping the World of Work’ report makes some valid points, writes former IT contractor Alan Watts.

However based on my over four decades in the technology industry, the ‘threat’ level is perhaps overstated.

The offshore machine is now on a par

Coincidentally, I worked many years ago for one of the very early users of offshore resources. Then, they were just a small company shipping coding requirements to India where costs were hugely less than people local to its UK premises could even think of meeting.

The company had fairly rigid quality controls and it was for mainframe rather than client/server work. However the myth of cheap labour didn’t last long. Companies like Tata quickly started commoditising the work and their business model was much more about expanding their presence in the UK than it was about providing ‘cost-effective’ and ‘high-quality’ solutions.

Fortunately, I was never in the firing line for replacement by an offshore worker in my field, but I had several occasions where they were in place at the client. Their quality – with one or two exceptions – was appalling, preferring to rewrite from scratch rather than correct errors and using two or three people for a role that only needed one.

That was the real impact on my work from ‘Anywhere Workers’ being favoured.

In short, clients thought they were getting a cost-efficient resource whereas the reality was that the work was shoddy and inefficient. And by the late 1990s, offshore teams were no longer cheaper than in-house teams. But fast-forward to 2021 and the myth still persists -- that offshore is cheap. Generally-speaking, it isn’t any longer.

Our own computer grads are losing out

The other damaging but less obvious impact of Anywhere Work is that it closes off entry-level work to local resources. Why bother with training a Computer Science graduate in the employer’s home town when the business can get experienced technologists for less cost? And unfortunately, that dynamic has also had an impact on the bulk IT trades, such as coding and support.

At the time of writing however, the offshore teams are generally providing quality work notably in India and Eastern Europe, where there are a lot of very good people available. Modern comms and technology have come on so much that it means distance is no longer an issue. That contrasts to one of my more recent projects. I was leading over 100 people but they were all scattered across the globe, meaning I only ever met six of them face-to-face. Vastly improved technology enabling Anywhere Work also lets employers avoid compliance issues like work visas. That's probably more than just a ‘nice to have’ in the current Brexit age.

In the Tony Blair Institute’s report, the ‘WfH’ acceleration due to the covid-19 reaction from employers is presented as a major shakeup. From what I’m seeing, and hearing from my many contacts and decision-makers at corporates and start-ups alike, I think the pandemic may have opened a few eyes about the real need about who absolutely needs to be where, when and at what times.

But I believe the risk to the local workforce is less about covid-induced homeworking, and more about companies scrutinising their staffing operations because of commercial reasons, such as cost but also just sheer convenience. I know of a few companies which have simply realised they don’t need office space for people who simply don’t need to be in the office.

And finally, hone if you're a contractor

However these changes, triggered by a laser-like focus on costs and convenience as businesses yearn to get back to thriving again, will affect the bulk of workers. As to contractors (who appear to be the workers that the Tony Blair Institute indicates are doing the jobs most susceptible to shifting overseas), if these freelancers are to overcome the challenges, they will need to specialise, offer superior skills or provide even more niche skills, with their unique experience of working on behalf of multiple organisations to boot. Which is all no bad thing of course, because honing their offering in such a way will give them the leverage to avoid the recently government-reinforced IR35 trap by becoming service providers, rather than just bums-on-seats. 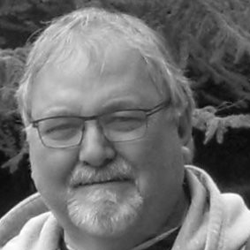 Alan Watts, Independent Service Management Consultant, has been in IT for most of the last 45 years, apart from a short spell in accountancy, eventually turning to Operations Management before going freelance in 1996.