The covid-19 crisis has led to a great deal of financial distress for individuals on a personal level, but this was undoubtedly compounded for contractors who as personal service company (PSC) directors also found themselves falling through the cracks of the Government’s financial support for businesses.

To help relieve some of the pressure on individuals, the government has introduced new legislation through the Debt Respite Scheme (Breathing Space Moratorium and Mental Health Crisis Moratorium) (England and Wales) Regulations 2020, which is otherwise referred to as ‘Breathing Space,’ writes Mark Davies, insolvency partner at Aaron & Partners.

What is Breathing Space, and how does it relate to contractors?

The scheme came into force on May 4th 2021 and is designed to give legal protection to individuals who are in problem debt. It gives those facing financial difficulties ‘Breathing Space’ to receive debt advice, allowing them to get their finances back on track and although it does not cover any business debts for PSCs, it does effectively grant each eligible individual a temporary protective shield that companies they may owe money to in their personal life cannot then bypass.

So for those contractors with personal debts, Breathing Space could be a vital tool in their efforts to manage repayments in an orderly fashion, without the worry of facing further action from creditors (i.e. those they owe money to).

What forms of Breathing Space are available?

There are two types of Breathing Space available to individuals who owe money.

The standard Breathing Space regulation provides a debtor with legal protection for up to 60 days. The protection includes freezing charges and certain interest on debts, along with pausing enforcement action and contact from creditors.

Under the Mental Health Crisis Breathing Space regulation, debtors are provided with protection throughout the entirety of their mental health crisis treatment, plus a further 30 days.

To be eligible for this protection, debtors will need to obtain evidence from an Approved Mental Health Professional (AMPH), certifying that they are receiving mental health crisis treatment.

How is a breathing space started?

Breathing Space protection can only be accessed through a debt adviser, who is authorised by the Financial Conduct Authority (FCA) or a local authority.

Before a debt adviser can approve Breathing Space, they must be satisfied that the debtor is eligible and meets all the requirements, namely that the debtor:

The debt advisor must be satisfied that the debtor cannot (or is unlikely to be able to) repay all or some of their debt – and that a ‘breathing space’ is the appropriate solution.

The debt adviser might decide that Breathing Space is not appropriate for the debtor. For instance, if the debtor can access funding or income, they might be able to repay their debts with some budgeting advice. A further example is that the debtor owns assets which could easily be sold to pay off the debt.

If Breathing Space is approved, the debtor’s details will be entered onto an electronic register which is maintained by the Insolvency Service, referred to as the ‘Breathing Space register’. This will include details of any debtors benefiting from a Breathing Space, namely:

Creditors’ responsibilities during a Breathing Space

Once the debtor’s details have been registered, notification will be sent to any creditors that the debtor has included in their Breathing Space application.

Having received this notification, creditors must identify all debt owed to them by the debtor. Creditors should do this as soon as possible, as they will need to inform the debt advisor of any debts which have not been included in the notification.

Upon receiving notification, creditors will need to cease:

As mentioned above, once the Breathing Space has commenced, creditors, or anybody acting on their behalf must not take any enforcement action against the debtor.

Enforcement action is when a creditor attempts to:

Where possible all interest, fees, penalties, and charges accruing on debts should be frozen for the duration of the Breathing Space. However, where IT limitations prevent this from happening, the amounts can continue to accrue provided that the debtor is not asked to pay them.

The scheme does not expect creditors to make complex system changes. Instead, creditors can make specific adjustments to reflect the correct balance owing by the debtor.

Any debts included in a Breathing Space must be qualifying debts, this will include:

Government debts such as tax and benefit debts may also qualify unless they are included in the list of excluded debts (see below).

Joint debts can be included in a Breathing Space, even if only one person applies for the Breathing Space. The joint debt would become a Breathing Space debt and creditors must apply the same enforcement action safeguards to the other people who owe that debt.

Not all debts are included in the protection, examples of excluded debts are:

How to know when a Breathing Space has ended?

A standard Breathing Space will end:

Penultimately, contractors ought to be aware. From the date the Breathing Space ends, creditors can re-start applying interest, fees, penalties, and charges to debts.

Creditors can also continue with any formal enforcement action to collect debts. However, it is important to note that creditors cannot apply interest, fees, penalties, or charges which would have accrued during the Breathing Space period, unless the court allows.

As a relatively new form of protection, so far there is little evidence of creditors or applicants falling foul of Breathing Space. However any business chasing debt should check whether it has been applied to the debtor. Any attempts to collect payments during a period of Breathing Space could lead to penalties for the creditor, although the severity of any potential penalty is yet to be confirmed.

And finally, although the protection is in its infancy, all the signs are that it will grow up very quickly. The introduction of Breathing Space comes after the Money Advice Service estimated that 8.3 million people in the UK are in debt, with the impact of the pandemic meaning that 4.6 million people had accumulated over £6 billion worth of debt and arrears by May 2020. 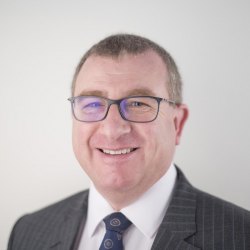 Mark advises Insolvency Practitioners on a national level in relation to insolvency cases. He also advises unsecured creditors in relation to their claims in insolvent estates.