The slider-wearing, Sprite-slurping chancellor, and what he means for your pocket

You probably wouldn’t know it to look at him yesterday, but we’re actually only three Budgets into Rishi Sunak’s chancellorship.

However in that relatively short space of time this was exactly the kind of speech which we’ve come to expect from the luxury slider–wearing Treasury boss. It was barnstorming in style, rich in rhetoric, crammed with content, and seasoned heavily with political promotion and wry humour. Plus yes, what I’m interested in more than all that -- full of personal finance measures, writes wealth adviser Paul Mayhew.

So yesterday’s Autumn Budget covered a vast range of topics across an hour-long roller-coaster ride. It majored heavily on ‘levelling up’ – with government investment even focussing on flagship initiatives in the constituencies of the opposition front-bench!

What was consistent with Budgets delivered by Mr Sunak’s less excitable but most recent predecessors is that this autumn Red Book was foreshadowed by rumours about fundamental changes to pensions legislation.

But, as usual, these fears have proven unfounded.

There were no changes announced to the pensions tax relief system, the minimum pension age, or auto-enrolment.

Nor were the Lifetime Allowance (frozen at £1,073, 100) or the Tapered Annual Allowance on the chancellor’s reform agenda. And so we can assume that the plans for these remain unchanged.

In fact, the only pension-related implications that I’ve detected at the time of writing relate to a relaxing of legislation, specifically about how pension schemes could choose to invest.

There was also an increase to the National Living Wage (of a hefty 6.6%). And this uplift may have a minor effect on you, if you’re an umbrella company employee who is hoping to maximise your ‘salary sacrifice’ into a pension by contributing all earnings in excess of the NLW. But like the relaxation to the legislation, it’s a fairly niche change.

Affecting many more of us, is the personal tax-free allowance and as expected, it’s staying where it is (£12,570). And it will do until April 2026. While that doesn’t sound terrible, taken alongside already incoming tax rises and stubborn inflation, it’s not fantastic -- for your pocket or if you’re on already on the verge of, say, the 40% tax bracket. The higher rate threshold is being frozen too, at £50,270.

This unsettling pipeline probably explains why the chancellor’s promotion of economic growth as a driver of recovery and prosperity was in overdrive yesterday, as were regular reminders from him that this is the Conservatives’ chief modus operandi.

To further throw off any number-crunchers from finding him out, Mr Sunak dazzled us with an assault on the senses-style medley of announcements. Mostly with a social and socio-economic objective. He threw everything at us. So we got policing; court backlogs, homelessness, children and families, overseas aid, new homes, education (for children and adults), removing dangerous cladding, school places, heritage, culture, museums, green spaces, youth services and community football. And that’s to name just a few!

To not get heckled next time he pops to the shops for his favourite Coke, or the back-up Sprite, the chancellor spent several minutes of his speech sounding aggrieved at business rates for premises-owners. It won’t affect contractors as a group, but some changes he’ll make to their administration, to green reliefs, and a 12-month suspension on increases will result in investment in new facilities. Even apparently more air-conditioned offices, Mr Sunak exampled.

Another of the chancellor’s measures which contractors might soon look up only to realise they’re actually benefitting from, is his promised reductions in duties. For drinkers, air passengers and drivers.

Diluting duties was a long set-piece of yesterday’s Budget speech. Even just the section on reforming alcohol levies lasted well over five minutes. Mr Sunak reminded us that these duties were originally introduced to fund the English Civil War, in 1643 – and there was a point at which I felt he’d been on the topic for almost as long. That said, there will be some comfort here for the pub trade – and for fans of sparkling wine. A pint is falling by three pence too. And to top it off, Brexit received one of its few mentions here -- to unruly shouts like MPs were in the pub already.

Reducing one tax on work, as the hard graft really begins

The chancellor’s Autumn Budget speech finished with a rallying cry to reduce the Universal Credit taper from 63% to 55%, with almost-immediate effect. Described as a ‘tax on work’ (like quite a lot of other taxes in fact) this is a sensible measure which will help lower-income families substantially, while furthering the government’s agenda to promote economic growth.

Overall this was an upbeat Budget by the chancellor, designed to signal strength despite adversity. We’ve all had “an extraordinary 18 months” Mr Sunak acknowledged, seemingly forgetting those designer sliders set him back a cool £95. Nonetheless, he signalled yesterday to the nation a clear intent to return to regular Conservative values, with the aim to reduce taxes by the end of this parliament. Now the hard work of actually implementing it begins.

Editor’s Note: The author writes here, exclusively for ContractorUK on Autumn Budget 2021, in a personal capacity. 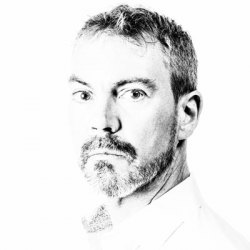 Paul Mayhew is a former Limited Company contractor and IT Director. He now operates as a Partner of St. James’s Place Wealth Management, and runs a successful financial advisory business. He works with individuals and businesses across the South East, and specialises in retirement, investment and estate planning.